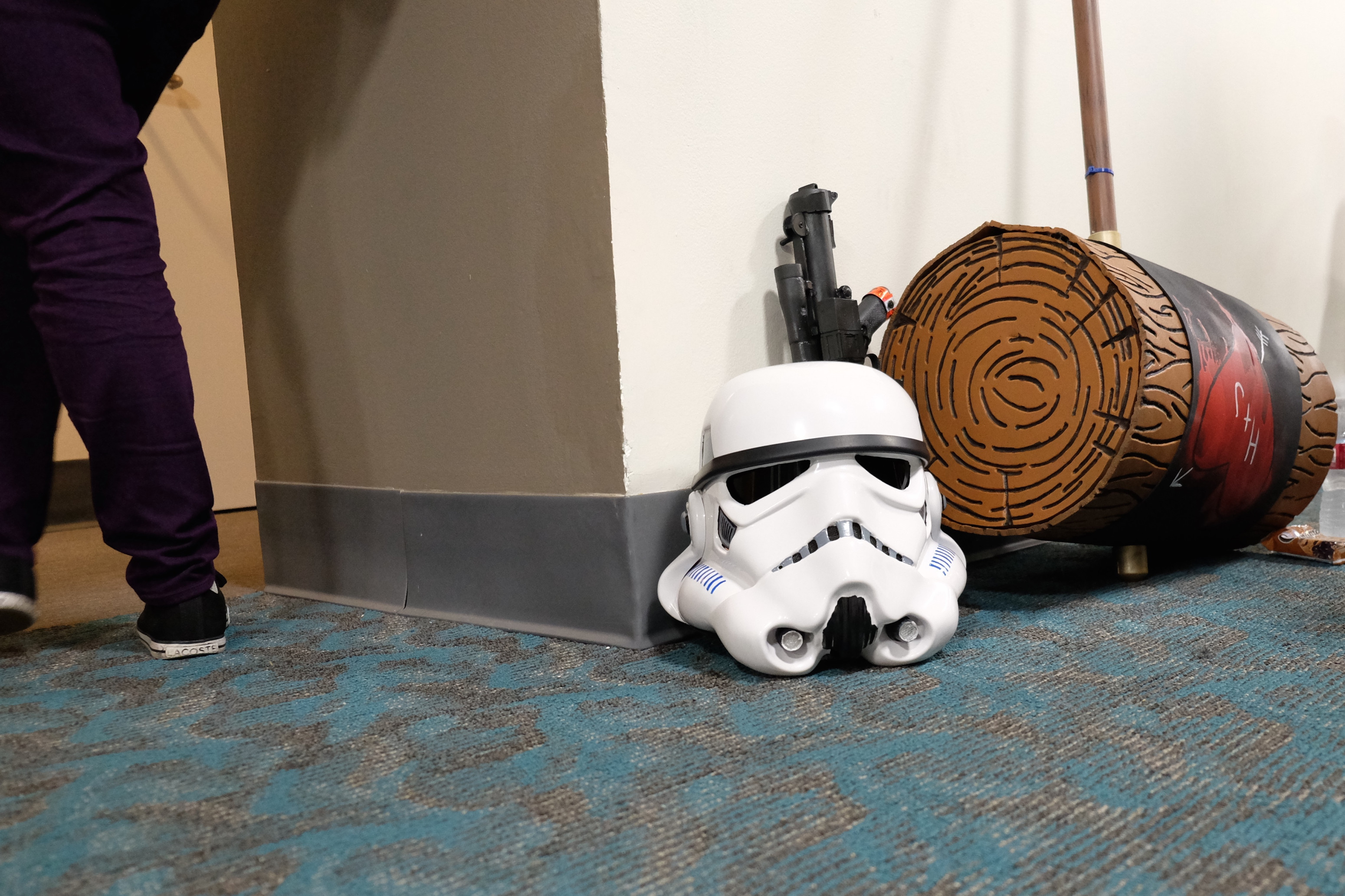 I offer hanks to Comic-Con International and to everyone participating in and attending this year’s funfest. As a participant, I must say, and hope other attendees share similar experience: Something about the organization and flow of things during the Con felt different this year. I got into more panels than ever, and people in and around the Convention Center appeared more able to relax rather than be asked to move along. These little things shape the overall experience.

Unlike other years, I focused almost exclusively on shooting photos (when not attending panels). My initial Flickr set, which for now is organized by day, is live. I will add more captions over time and perhaps edit the flow. I posted more pics than the previous four years combined. For the other albums:

All my pics are Creative Commons non-commercial, so, please, enjoy, adapt, and share whatever way that makes you happiest.

Couple notations about this year’s photos. The album is collected, and edited, from JPEGs even though I also shot RAW. I used Apple Photos, for no other reason than expediency. Sometime soon, I will review the RAWs and edit them in some other application—possibly Adobe Lightroom. To my aging eyes, the in-camera-processed JPEGs shot indoors have a greenish hue (look at the wall behind cosplayers that’s supposed to be white).

I primarily used the Fujifilm X-T1, which was unexpected. Craziest thing, I went into Best Buy  to look at the camera before going to Preview Night and then afterwards. On visit one, I saw the mirrorless digicam discounted $250 to price-match Amazon. Four hours later: The store also offered a ridiculous bundle deal: telephoto lens for another $100. That worked out to the X-T1, XF18-55mmF2.8-4 R LM OIS kit lens and XF55-200mmF3.5-4.8 R LM OIS for $150 less than the regular price for body and single glass. I snatched it up, knowing there is a 14-day buyer’s remorse return option.

There’s no disappointment, though, and I will later write something about using the X-T1 and X100T from the non-professional’s perspective. The question: Sell the other camera? I could use the cash to set against purchase of the newer one. But there is legitimate concern resale won’t give good value because Amazon and major photography retailers currently discount the X100T by $200 off list price. Benefits differ, even if they primarily overlap.