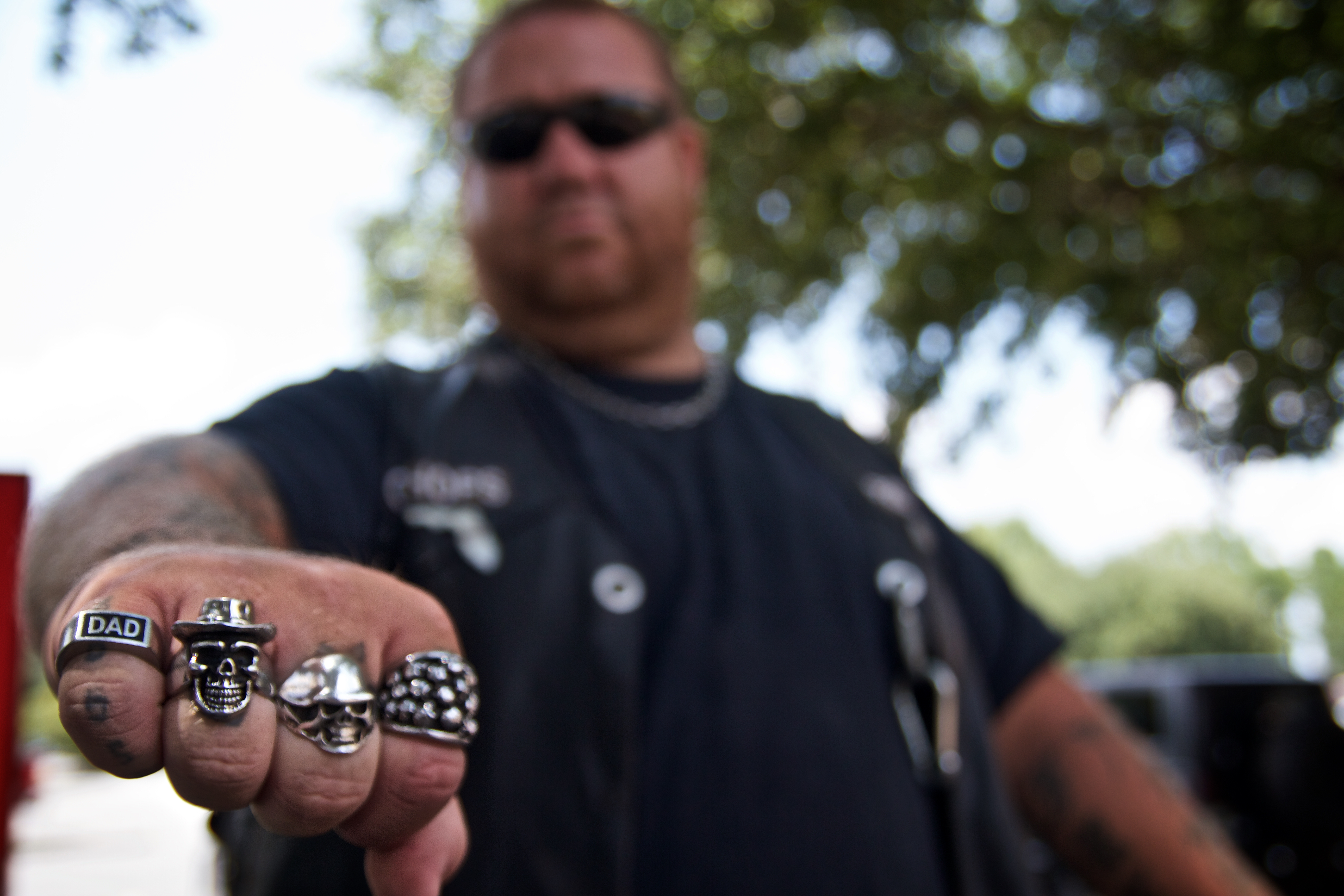 Investigative journalist and pictorial storyteller Peter Haden demonstrates bokeh and composition together at their best. He used Canon EOS 7D to capture our Day taker on Aug. 6, 2014. Vitals: f/2.8, ISO 200, 1/640 sec, 23mm. “Chops, BACA Seven Bridges chapter’s president, has two kids of his own”, Peter says of the subject. The group is Biker’s Against Child Abuse.

Peter, who joined Flickr in August 2010, took on larger journalist role in June 2015 as part of “Houston Chronicle’s Investigations Team and The Center for Investigative Reporting in a hybrid role, serving as the Houston-based reporter for the nationally-broadcast public radio show Reveal“, according to his bio.