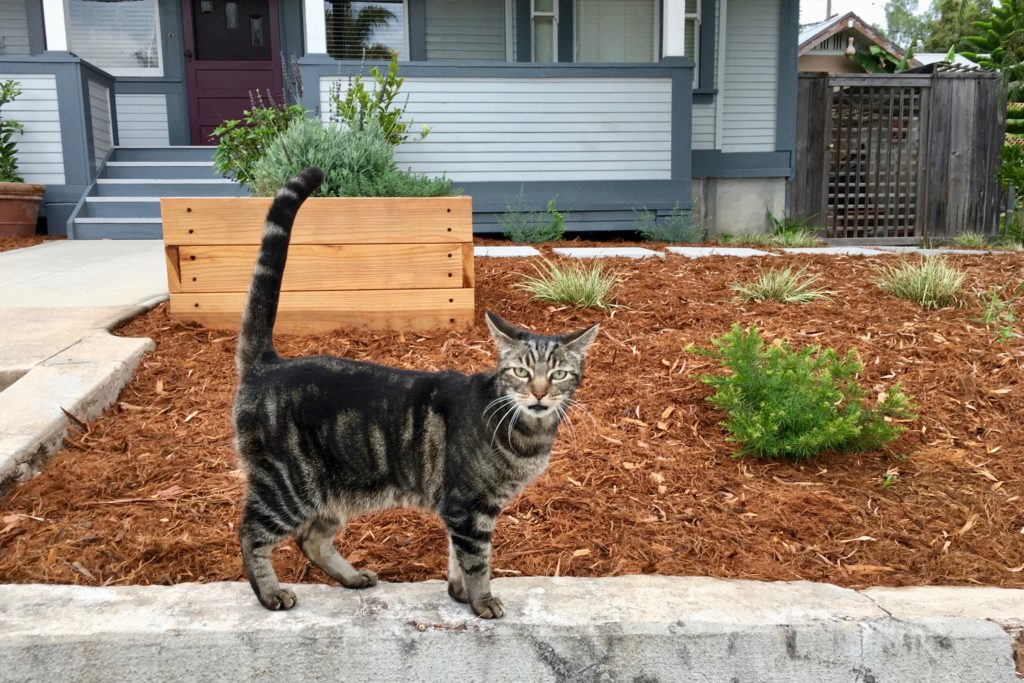 Felines are territorial beasts, so I am surprised whenever seeing two traversing the same space. Yesterday, we met Skull, and comparing photos you will see Biscuit (my made-up name) stands on the same ledge in the same yard—eight days later, on Sept. 20, 2016. I captured the Featured Image using iPhone 6s Plus at 9:16 a.m. PDT. Vitals: f/2.2., ISO 25, 1/120 sec, 4.15mm.

Biscuit was a single-sighting. I haven’t seen the kitten since, but Skull for sure. Other cats in this series: Scruffy, Roly Poly, Woo, and Skull.