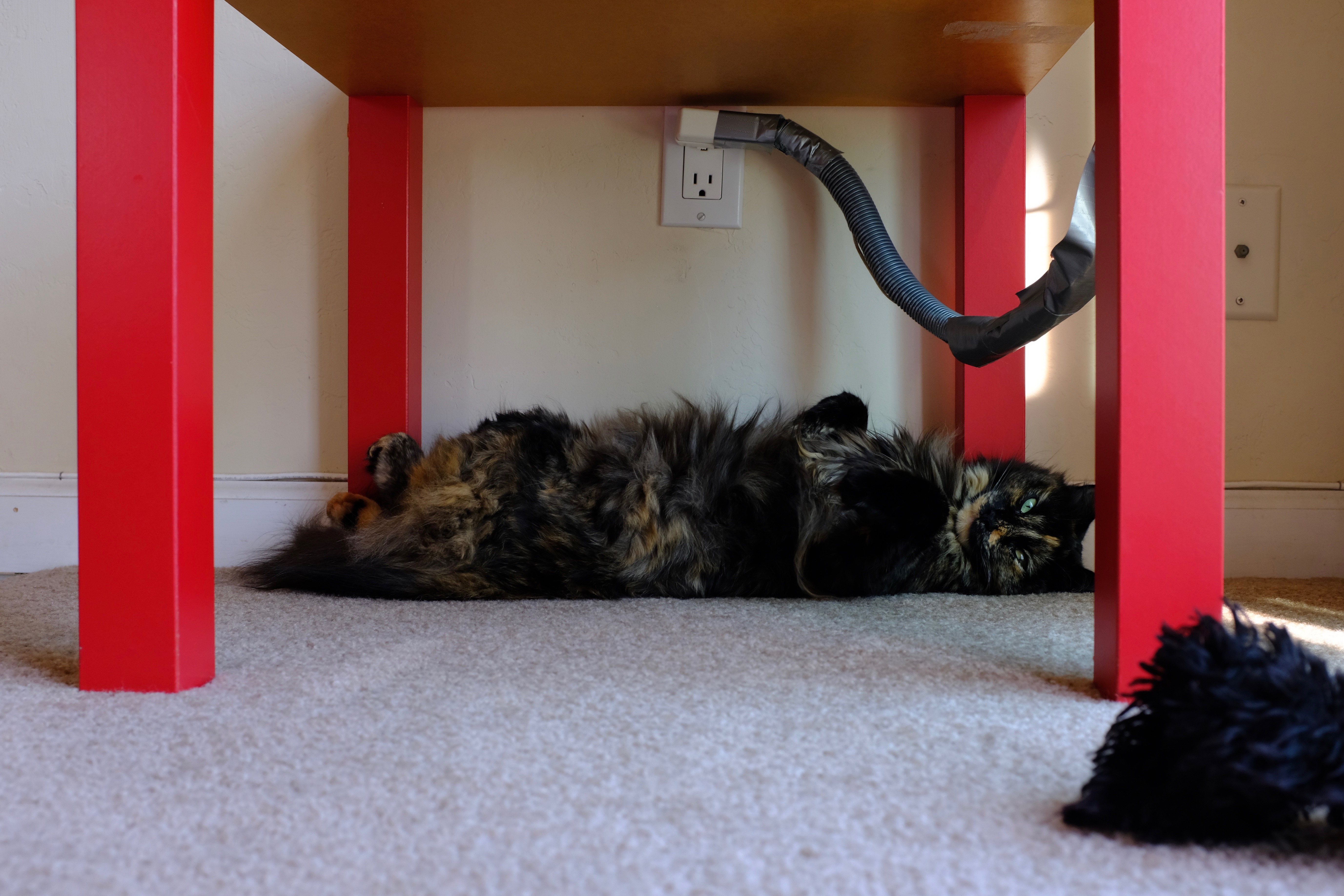 One benefit living in sunny San Diego: We can leave a window open year around—rain, shine, or chill—for the cats. At the choice location, near the front door, is a red IKEA Lack table, from which the furballs look out into the apartment complex courtyard, where birds chirp and fly about. During siesta time, Cali sometimes will sleep beneath her window perch. Above her, on the Lack, is a lamp; its covered cord hangs below, as you can see. Not long after joining the Wilcox household, the feisty tortoiseshell chewed through the electrical wires—somehow without being shocked to death. A local TV repair shop fixed the cord, which with others is now protected from her gnawing. Sometimes she chews to get attention. Naughty kitty.

While she flopped on her back this afternoon, I captured the moment using the Fujifilm X100F, with Velvia film simulation set. Of course, Cali would wake and look, which made a better moment. Vitals, aperture manually set: f/5.6, ISO 640, 1/60 sec, 23mm; 3:51 p.m. PDT. I shot several others—some with +1 ev, so that more of her could be appreciated. But after comparing them all, I decided that first of bunch, straightened, is the best (link).