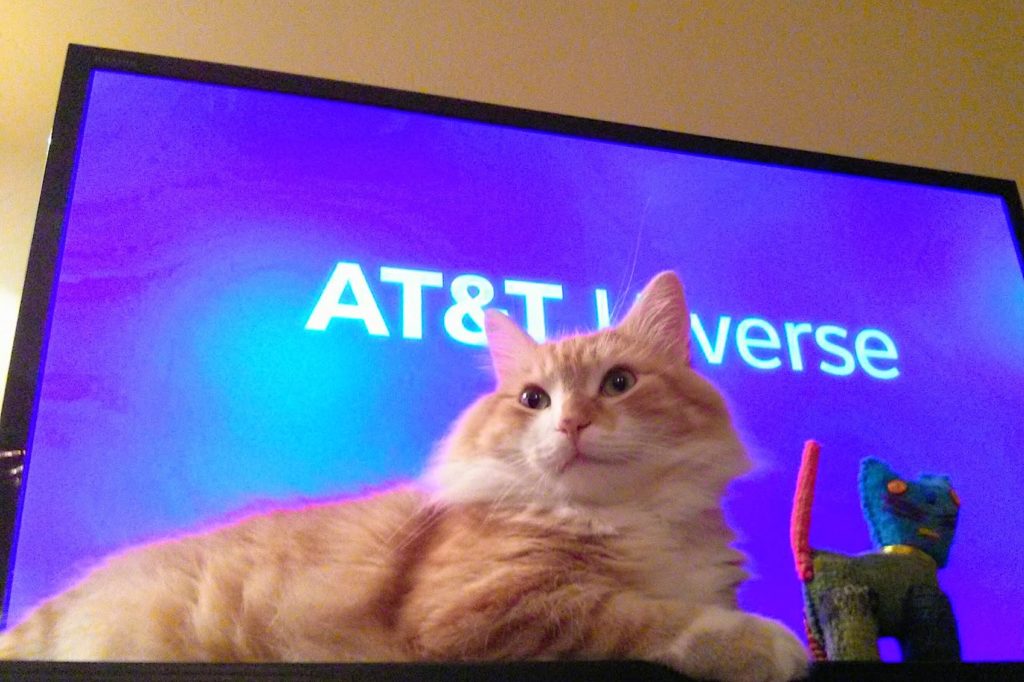 Yesterday, as part of third quarterly earnings,  AT&T reported losing 385,000 traditional TV service subscribers—134,000 of them from U-verse. When the company later announces Q4 results, I will be among the next group of losses; for unexpected reason.

One week ago, I lamented giving up U-verse, after being an early adopter (February 2008) and long-time subscriber. Now my mood is “good riddance” and “please let the door swat you in the ass on the way out”. I have rarely seen such horrendous customer service, and if it’s typical, AT&T’s attrition-rate may be more about corporate culture than competition or cord-cutting.

Good Faith Effort
My tale begins 17 days ago, when my wife and I agreed to rent an apartment in another section of the neighborhood. As I work from home, and Internet is a necessary utility, that evening I checked availability on AT&T’s website. I was surprised to see 18Mbps and no U-verse. Surely that couldn’t be right. Being Sunday, customer service was closed; no way to confirm.

On October 9, an AT&T agent delivers the bad news: No U-verse; I don’t want to continue Internet at such slow speed and without benefit of the TV service. As expected, the rep explicitly says there would be no early termination fee on my contract because of the situation.

Sigh. We would need to switch providers. I walk to the local Cox store and get an estimate that puts our monthly fees higher than the current setup but with considerably faster Internet bandwidth (1000 Mbps vs 50Mbps). But we are really satisfied with U-verse and had hoped to remain customers. The AT&T agent had said that she would put in a tech request to see if service could be made available. Fingers crossed.

Morning of October 17, I am resigned to switching, and begin the invigorating mile walk to the Cox store. En route, I call AT&T once more. Nothing is changed. No U-verse and Net bandwidth 18Mbps. The agent says he submit a tech ticket, but the answer won’t come for at least 48 hours. He also confirms that since the company can’t provide service, the ETF will be waved. I decide to pre-schedule disconnection but he advises to wait, because sometimes early disconnections occur.

When the phone call concludes, I continue to the Cox shop, sign up for service, and set installation appointment between 10 a.m. – Noon PDT on October 20. The day arrives, and as I drive to the new place, a U-verse trucks pulls in front of me. Ha! Another is parked at the end of the street. I ring my wife and tell her: “AT&T taunts me”.

So I act. I walk down to the truck and wave to the tech. I ask if he is installing on our block. Nope. Around the corner. I explain my situation, and he is surprised service isn’t available. He gives me the number of a sales staffer who can make magic happen, he says. The woman and I talk, and she confirms U-verse isn’t an option. But she will see what she can make happen, within the hour, which is all I’ve got before Cox arrives. I am willing to cancel the installation, if she can deliver.

Hours pass. Cox tech comes and goes. Our new apartment is hooked up. The AT&T sales rep finally calls back. She can flip the switch and not only provide U-verse but Internet at 50Mbps. Hell yeah—if she had called before Cox came. I need a day to think about it. She will wait on me to “light up” the street.

Cancellation Crisis
October 21, I walk to the grocery store and ring AT&T along the way. The decision is to cancel. Day before, had the super sales rep rung before Cox completed installation, there would be no deliberation; we would have stayed with U-verse. Pulling out the new service, after we just moved in, is rather ridiculous. But there’s a problem. The disconnection specialist tells me that U-verse is available and also 24Mbps Internet. If I terminate, I am technically, and enforceably, in breach of contract; the company will charge a $120 ETF.

I am peeved and tell her so. I had made good-faith effort to keep U-verse and would never have switched otherwise. That’s not what the notes for my previous two calls indicate, she says. They show that I didn’t want to continue as a customer because Internet speed would be too slow. That’s true but inaccurate. The contract was tied to the TV service. When I was told it wasn’t available, both reps asked if I wanted to go with Internet-only. I did not.

The disconnection specialist either disbelieves my story about making a good faith effort and there being no U-verse or she doesn’t care. I can dispute the ETF after its applied, she asserts. I can guess what the failing result will be, and tell her so. By now, I am really angry and screaming. I rarely lose my temper, and she gets full brunt.

Two of my best friends in high school were brothers. The older, Winchell, once commented about my coolness: “I never want to be around when you finally lose your temper” because all that’s built up over time “will come out”. It surely did four days ago.

The AT&T rep wants my decision about disconnection. I choose to wait, to think about my options and to chance that speaking with a different agent will be better. Instead, the other is worse.

My second effort is a case-study in customer alienation. The AT&T rep tells me that the company gave me generous discounts and why should it lose money by my terminating early. The financial burden shouldn’t be his company’s but mine. Oh, to a have a recording of that conversation! I don’t know whether to call his tone belligerent, bullying, or both.

Between the phone calls, I had walked over to the Cox store and explained the situation to the friendly rep who set up my service and who had proactively called me after installation to make sure I was satisfied. The company has a 30-day walk-away policy. Should I wish to cancel, there will be no cost to me. Just return the equipment. Then comes the surprise: While not policy, perhaps Cox could cover the ETF. He would need manager’s approval.

With this information in mind, and because of the AT&T agent’s obnoxious response to my “good faith effort” that no one wants to accept, I cancel U-verse.

Cox will give me a statement credit to cover AT&T’s evil ETF behavior. In an email, I told the Cox manager: “Good customer service brings customer loyalty. Your going above and beyond will be remembered. AT&T’s unwillingness to do right by someone who had been an early U-verse adopter (February 2008) won’t be forgotten”.

Meanwhile, to my surprise, we’re really enjoying the super-speedy Internet and excellent TV service. The Cox Contour program guide outclasses U-verse by most meaningful measures—and I was mistaken; MTV Live is available. Some other channels are MIA, but AXS I will get via a Sling TV promotion until X Factor live shows conclude.

As for AT&T, well, my headline/title says it all.