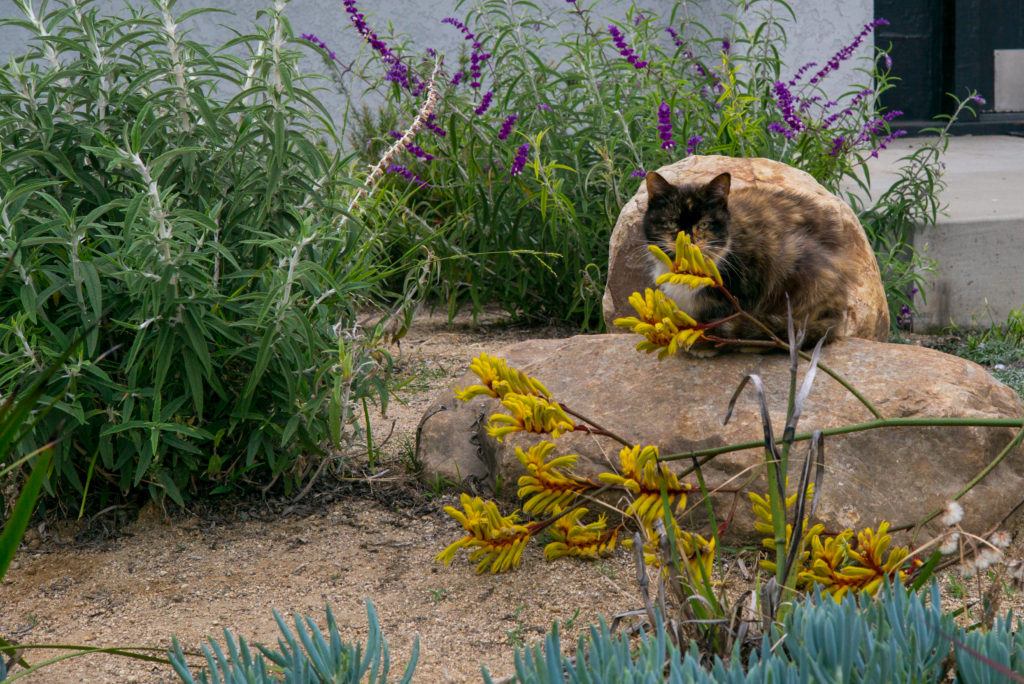 Some stories can’t be left behind, even if their telling is delayed. That is the case with Luci, who was featured in my “Cats of University Heights” series about three months ago. She disappeared on June 1, 2018. The following afternoon I saw on the NextDoor social network posting “Did anyone lose an elderly Tortise Shell cat?”, from about three hours earlier.

Verbatim: “I saw her Friday morning, June 1, (yesterday) walking very slowly on Florida street between Meade and Mission. She was heading north and looked disoriented and lost. Definitely an elderly kitty, based on how slowly she was moving. I was in the car and late to work, so could not stop to help her. Please is she someone’s lost kitty?” I immediately thought of Luci, with some frustration. Had the women posted 24 hours earlier, I could have searched for cat.

Her owner posted a lost cat notice for the NextDoor community on June 6:

Luci is a small, vibrant, and sweet 17 year-old cat. Often she is mistaken for a kitten. She is about 7lbs. She has a white chest and white paws (nickname mittens.). She often hides in the area, sometimes for multiple days, and hasn’t been seen since 6/1. She is very friendly and has made friends with many within the University Heights Area. She often is seen on her favorite rock on Georgia St. There has been lots of construction and due to a recent post we have grown concerned at her absence. She is a healthy cat, aside from the occasional neurotic licking of her back or tail area. She is also streetwise and wouldn’t be prey to larger species. Also aside from an ‘old lady’ meow does not act her age. Any assistance in finding her whereabouts would be greatly appreciated.

I started searching, as part of my regular rounds photographing local felines, and checking the animal shelter’s website. Problem: The tortie wasn’t at that time chipped. As the days passed, I figured that, being 17 years old, perhaps Luci had gone off to die as is a common practice among the species.

But then something unexpected happened. On June 20, her owner posted that she had been found! Of course, I had to know what happened—and asked. He responded:

She was found on 6/7 by SDDAC [county animal shelter]. They never posted her online and was transferred to Gaines Street Humane Society, over Father’s Day Weekend. They thought she was a one year-old cat BTW. The Gaines Street posted her picture last night, and I saw her and called/emailed. She was transferred to Oceanside due to constrained space in town. I called at open today and was caught up about her journey. They, again, couldn’t believe her age. They were super helpful, but [my spouse] had to go to Oceanside Humane this afternoon. She’s chipped and resting comfortably inside 🙂

I suspect Luci is an indoor kitty now, even though construction has subsided along Georgia Street. I have seen housemate Maeven often but not her. What I want to know: Where was she for those six days? Cats will never tell.