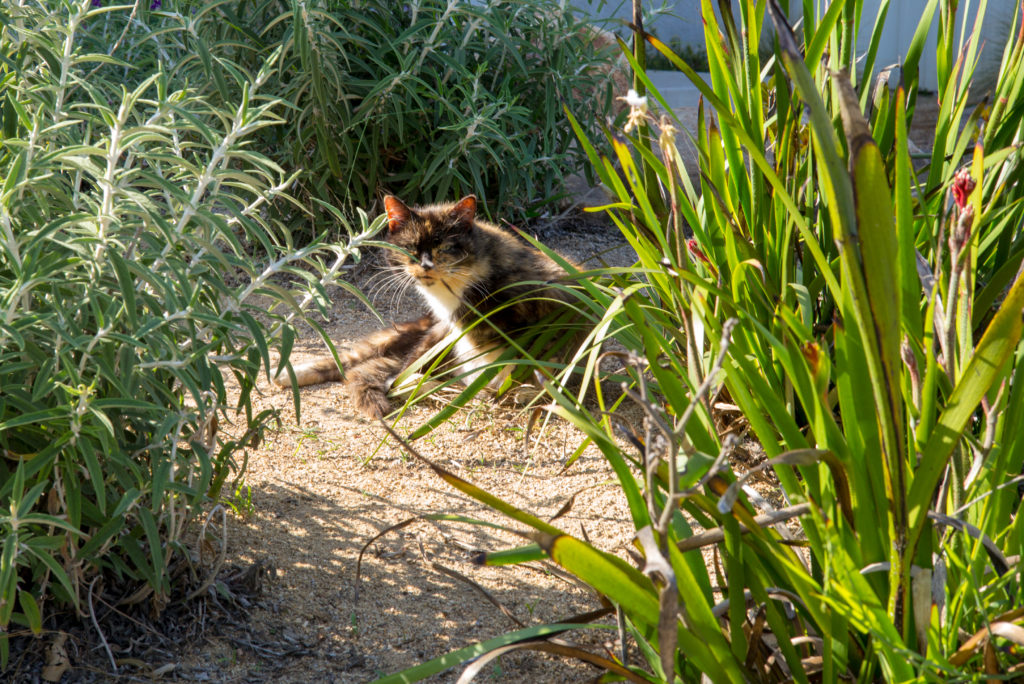 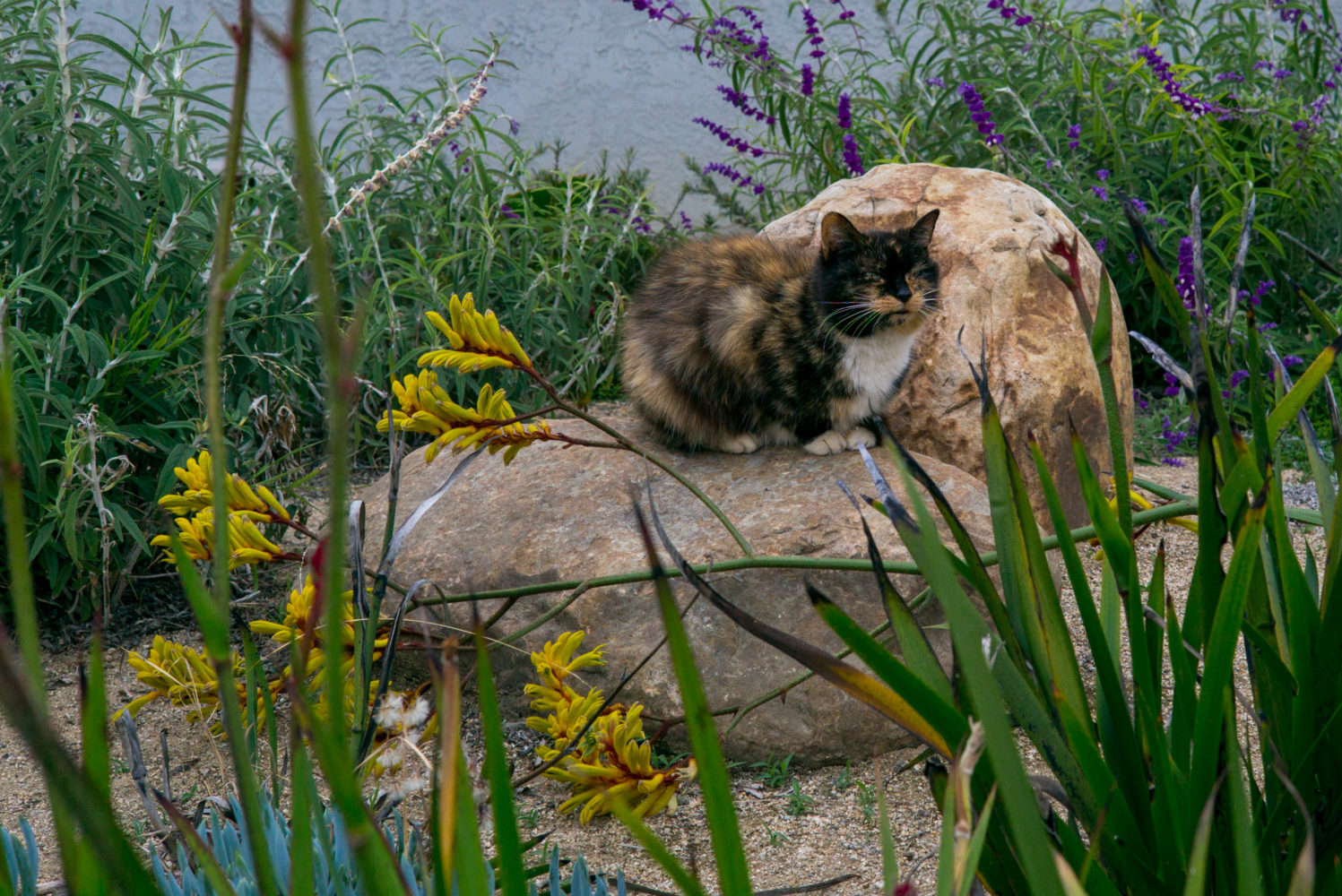 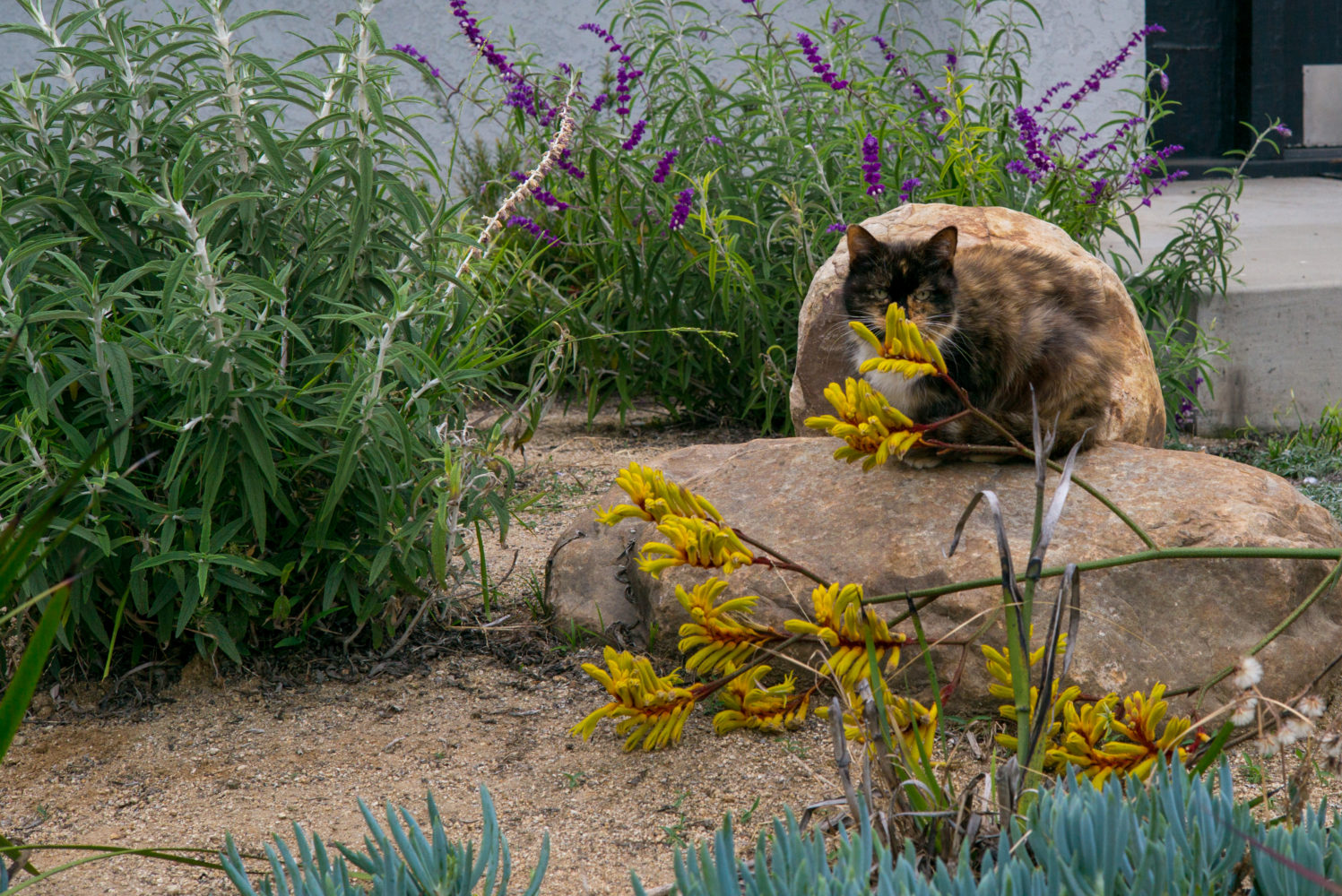 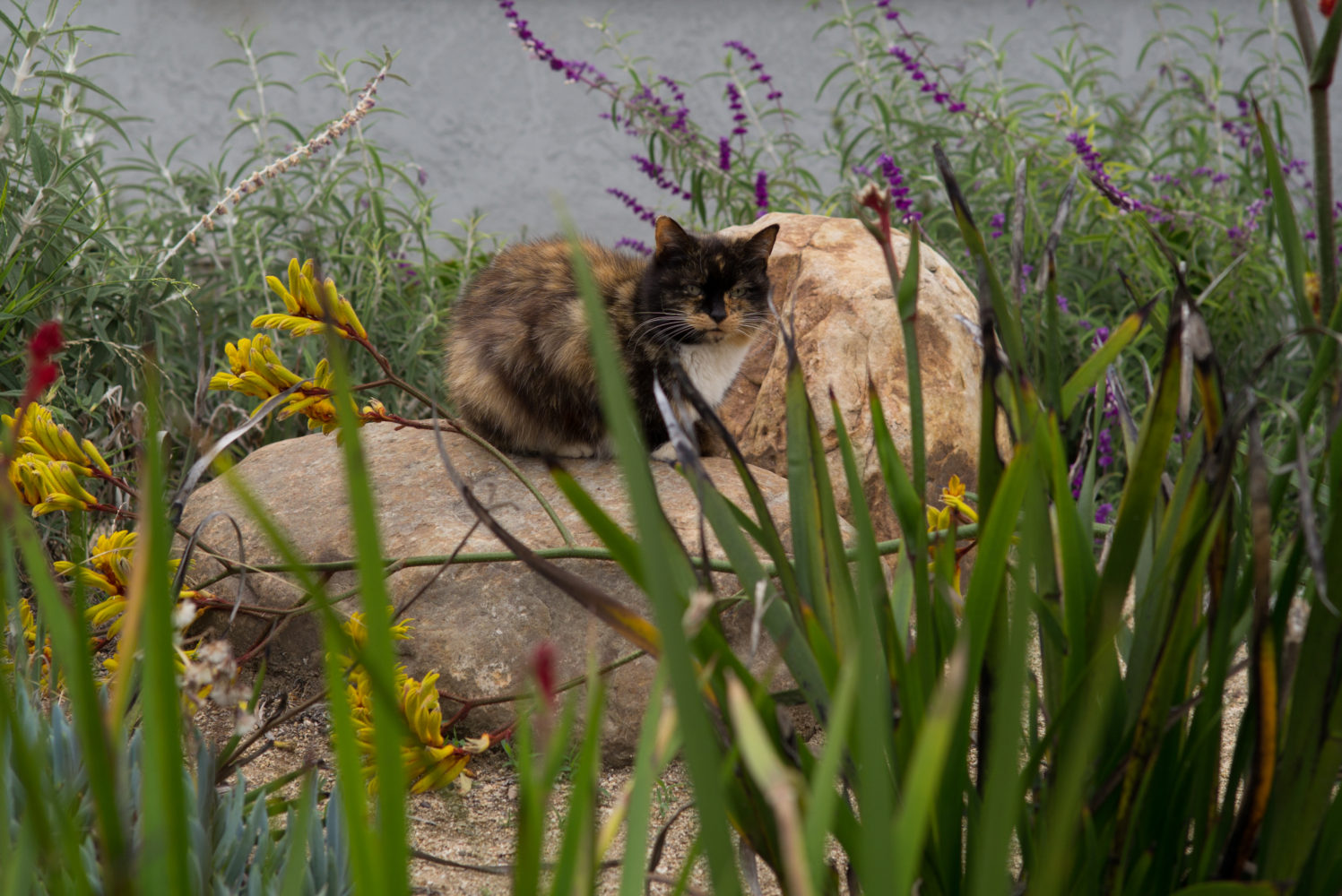 Update April 22, 2018: I met Luci’s owner while on an afternoon walk. He adopted her while living in Connecticut before coming to San Diego 13 years ago. The tortie is, whoa, 17 years old. Maeven is her housemate, and she lives in the same apartment building as Peso. On the same day, I added the last photo—where Luci and Maeven walk together—shot with iPhone X. Vitals: f/2.4, ISO 16, 1/139 sec, 6mm; 5:13 p.m. PDT. 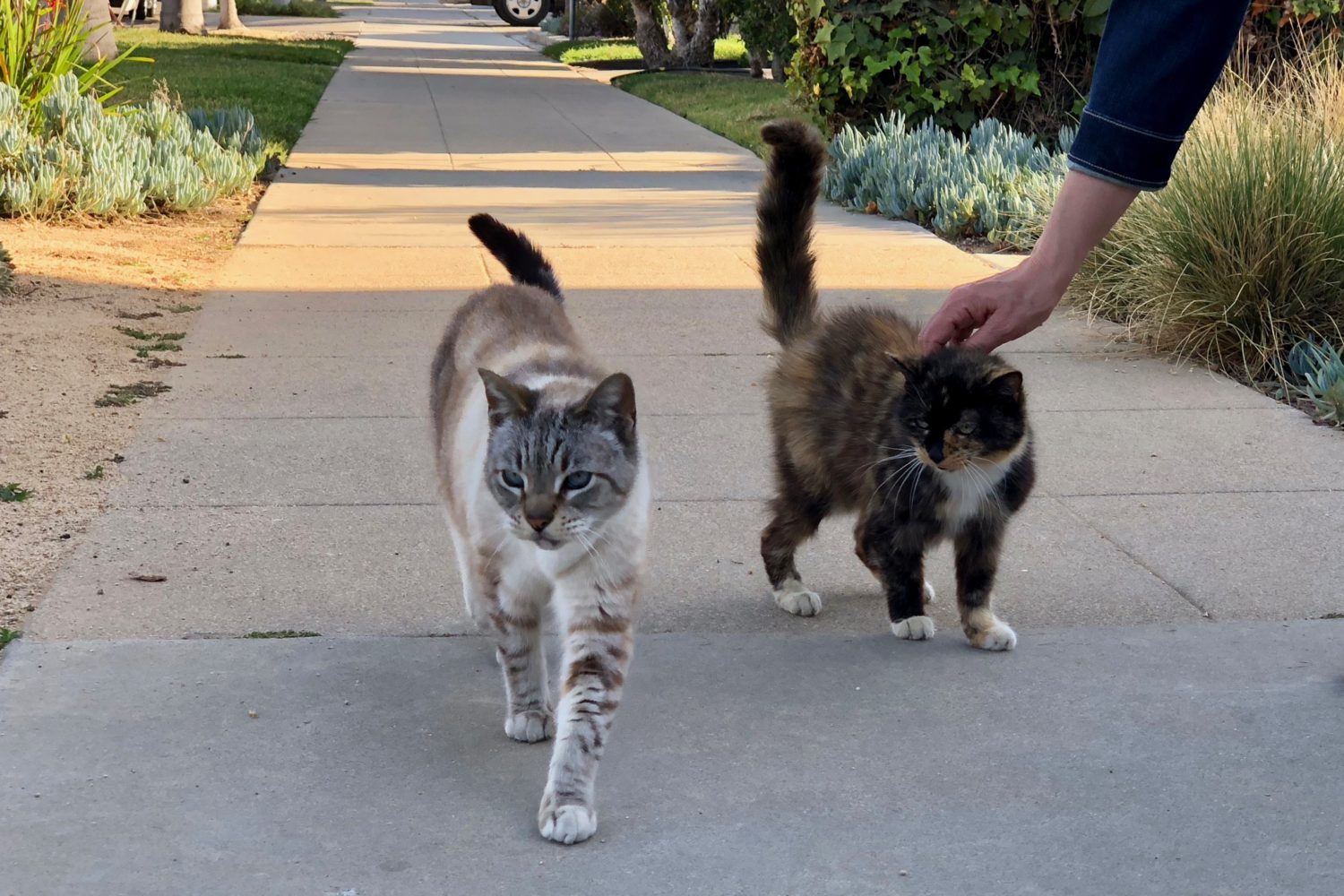