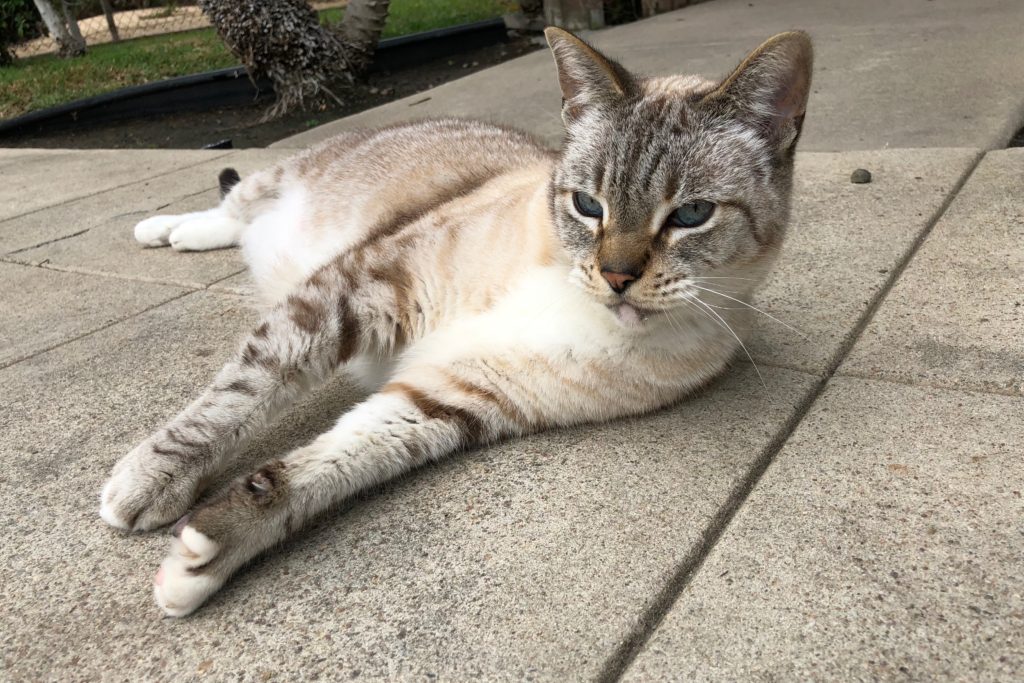 Drumroll, please. We present the first portrait in this series shot with iPhone X, which went on sale just four days ago. This morning, as I walked down Monroe past Park Blvd. towards Texas Street, a faint furball tickled my periphery at Georgia. About halfway down to Mission, the kitty sat motionless, transfixed, in the middle of the sidewalk. I could hear birds beckoning in the distance.

I crept up slowly, smartphone snapping away, just in case he bolted. Rather, the cat turned and approached—and would hardly let me get away, for the amount of attention he demanded. He kneaded the sidewalk with his ginormous paws as I petted him. 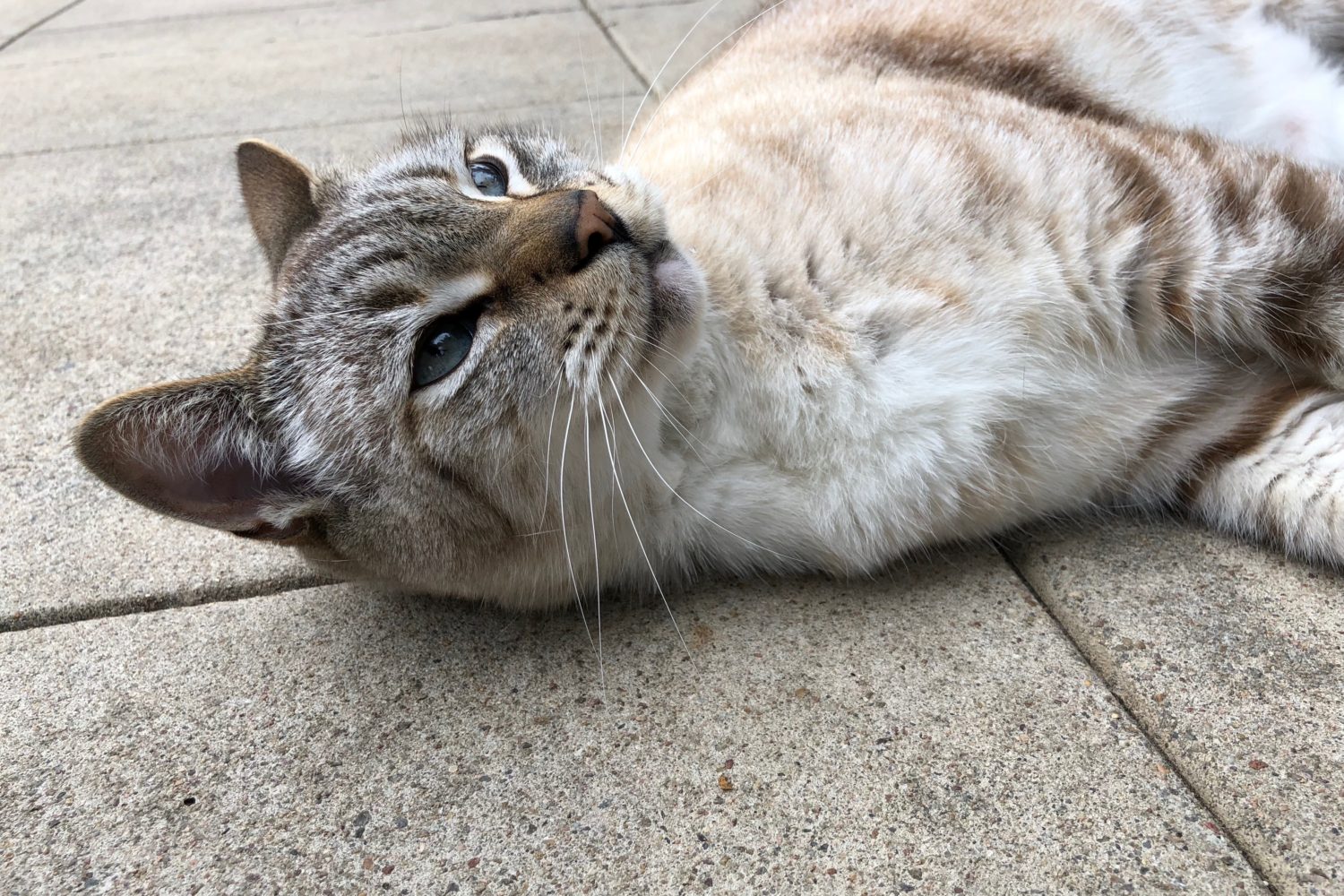 The animal earns nickname Lush, because his coat is so plush and thick. Someone is ready for winter, not that we have much of one in three-season San Diego (Early Summer, Mid Summer, and Late Summer).

If Lush looks familiar, his colorization is similiar to one of the two Mates and to Willow. 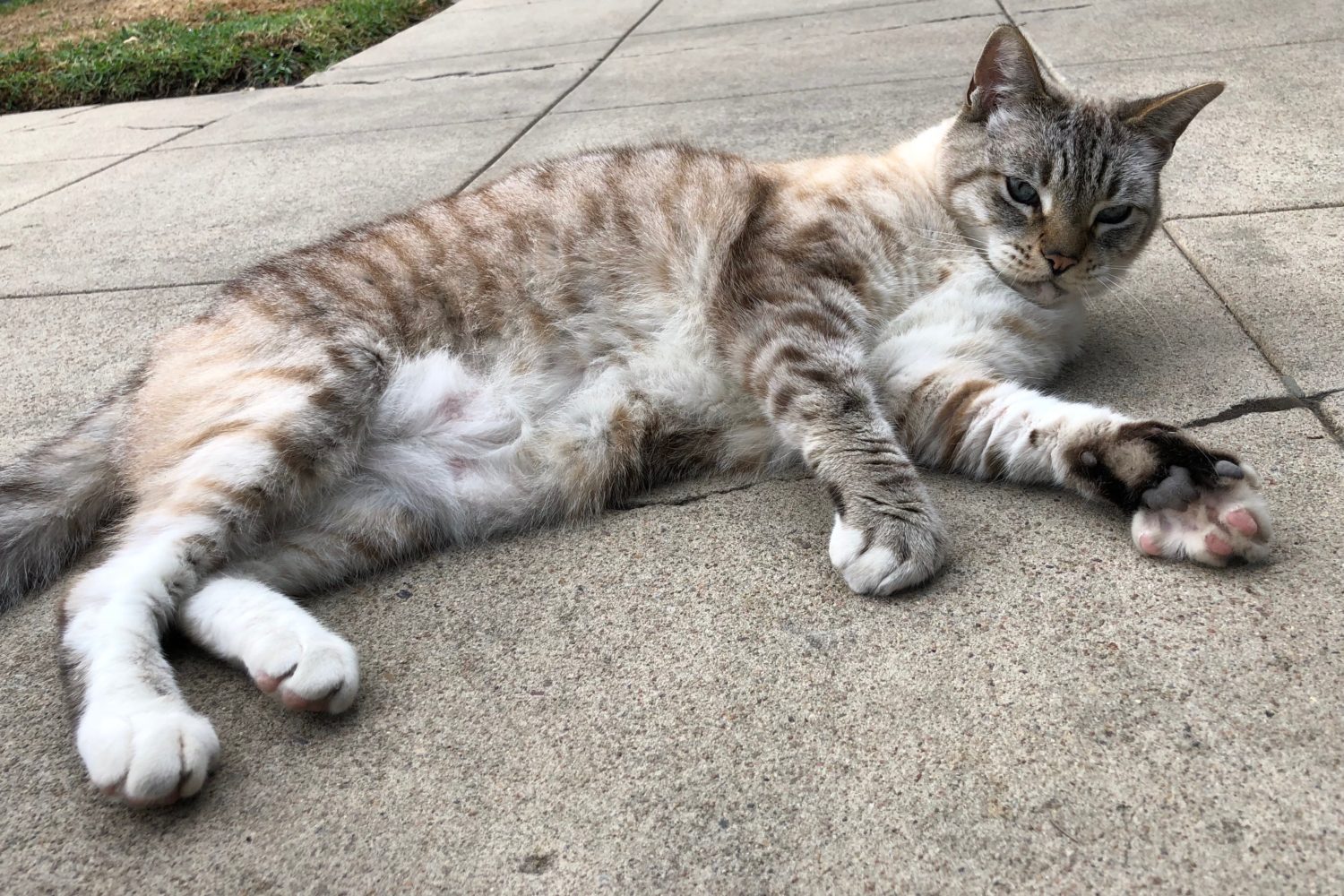 All three photos were captured during brief seconds of petting interruption. Vitals for the Featured Image: f/1.8, ISO 20, 1/631 sec, 4mm; 11:31 a.m. PST. The second is my favorite, and iPhone X impresses for the incredible detail displayed when the pic is viewed at 100 percent. Same vitals but 1/381 sec shutter speed and timestamp one minute later. The last—chosen to show off the paws—is 1/453 sec. 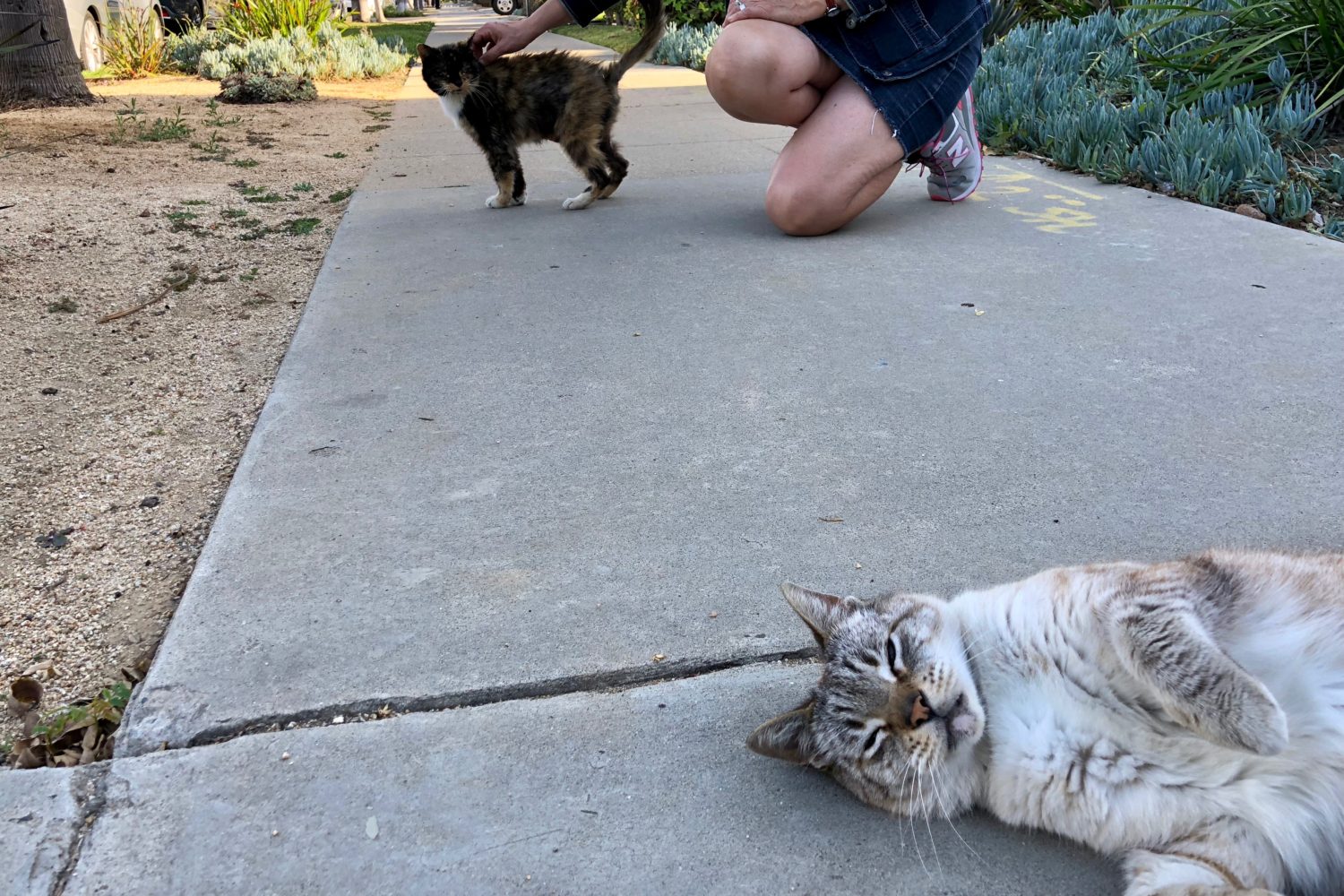 Update, April 22, 2018: I met owner of the tabby-siamese mix while on an afternoon walk. The 13-year-old shorthair,  named Maeven, is housemate to Luci and lives in the same apartment building as Peso. Maeven used to weigh a hefty 23 pounds when an indoor-only cat. Outdoor-time trimmed him to street-wise physique. I added the fourth photo, the same day, also shot with iPhone X. My wife pets Luci in the background. Vitals: f/1.8, ISO 20, 1/219 sec, 4mm; 5:13 p.m. PDT.

Update, July 17, 2020: With sadness, I must announce Maeven’s passing. Earlier today,  a neighbor posted to Nextdoor about finding partial remains of a kitty on Louisiana Street near Adams, which is coyote country.  She included a from-a-distance photo, from which using one of the portraits above the owner confirmed identity. Five hours after replying to her “I think this may be my cat 🙁 “, he brought finality: “RIP Maeven 2005-2020”. I correct spelling from Maven.