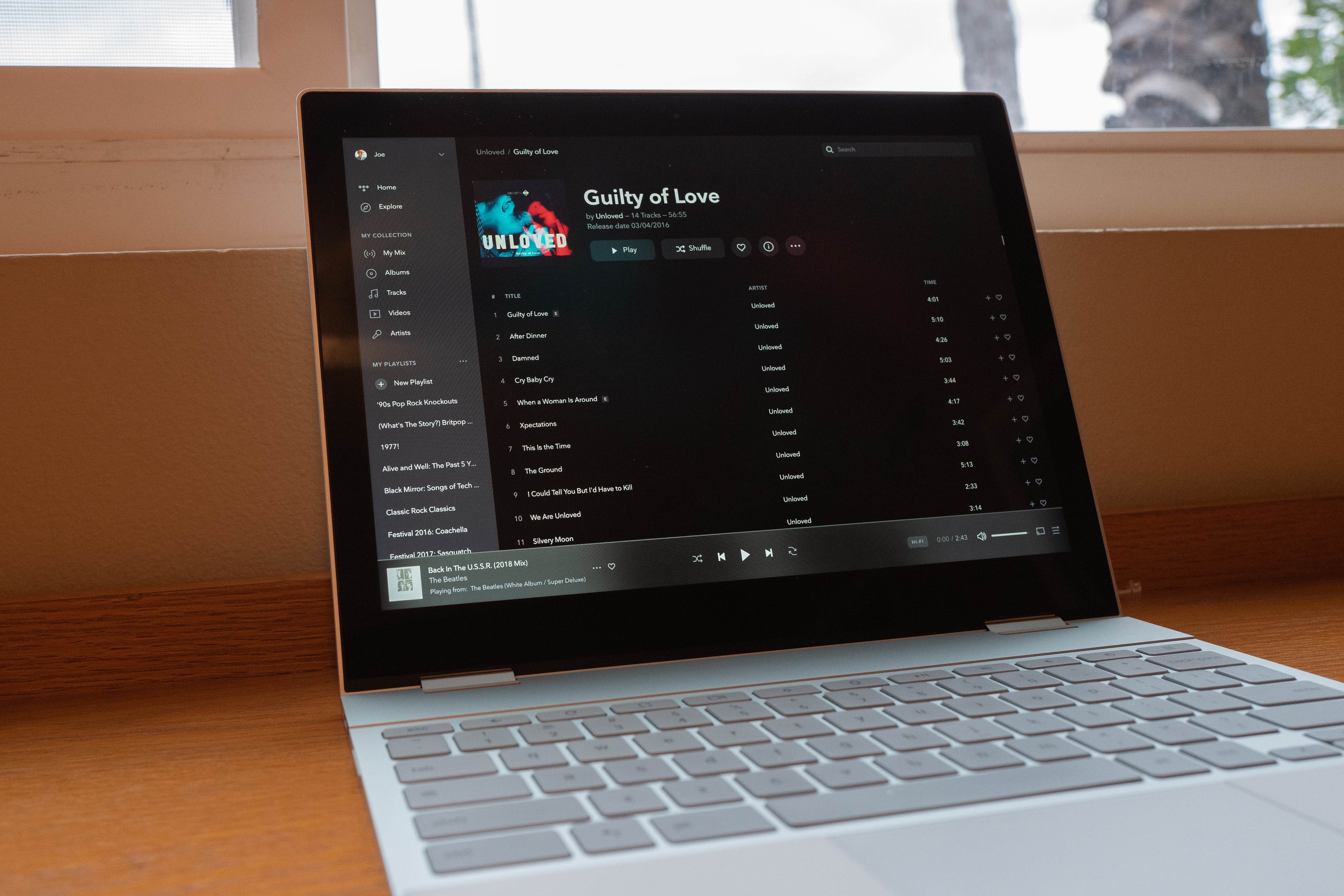 I can count on two hands, which soon may not be enough, how many times that I cancelled the Tidal music service only to resume weeks later. I first joined on April 1, 2015, when the rebranded music streamer started. Three days before my then most recent renewal date, June 30, 2018, I pledged to end my subscription for good. Simple reason: The Wilcox household subscribes to too many services, and Tidal is among the most expensive at $19.95 per month. I terminated, as planned.

But as expressed six months ago, “the new rule is this: we will pay for what we get good value”. My aging ears derive too much value from music streamed as so-called hifi—Free Lossless Audio Codec, delivered at 44 kHz, 16 bit, and 1411kbps bitrate. I can hear the difference, compared to muddy 320kbps MP3 or 256kbps AAC files. Every time I switch services, the muddy sound—particularly pronounced in vocals—drives me back to FLAC, and to Tidal. About two weeks later, in mid-July, I celebrated my birthday with yet another return. My subscription is uninterrupted nearly six months later.

Whether or not I continue with Tidal throughout 2019 depends more on competitive offerings than monthly pricing. The service’s back catalog excludes songs and/or albums available from most every other music streamer—stuff I would listen to, if available. Deezer is a fantastic FLAC alternative that fills in the missing gaps and offers lyrics, too. But hifi isn’t yet available on mobile apps. Day that changes, I may switch. But we will see. Tidal’s curated playlists are excellent, as are the videos and some of the exclusives.

Tidal’s lossless music most certainly sounds fuller, more spacious, to my aging ears, whether streamed or listened to on the device (which primarily is Google Pixelbook in the browser or Pixel 3 XL in app). When using headphones: Either the Grado GS1000e (wired) or GW100 (wireless). Not everyone will appreciate the lossless sound, and I suspect many—if not most—people will find it distasteful. What you are accustomed to will appeal most, and for a whole generation of audio engineers and music consumers that’s the muddier, compacted fidelity of highly compressed AAC or MP3.

The preference for mud is so prevalent, much modern music is engineered to accommodate it. Twelve years later, Rolling Stone essay “The Death of High Fidelity: In the age of MP3s, sound quality is worse than ever”, by Robert Levine, remains the definitive explanation. He writes that “a revolution in recording technology has changed the way albums are produced, mixed, and mastered—almost always for the worse”. Music is louder, for example. “Engineers do that by applying dynamic range compression, which reduces the difference between the loudest and softest sounds in a song”. By contrast, “wide dynamic range creates a sense of spaciousness and makes it easier to pick out individual instruments”.

I am unable to find the story on the RS website, but there remains a copy on the Internet Archive. Levine’s essay is riveting reading, if as a music consumer audio fidelity matters to you.

One reason I long recalled the RS story is this statement: “Many remastered recordings suffer the same problem as engineers apply compression to bring them into line with modern tastes”. The process evens out the volume between the different instruments, which is unnatural and changes—I say destroys—soundstage. The point: Remastered doesn’t mean better, but can be worse. If you’re not tired reading all this technical stuff, the Economist audio compression primer is informative, too, and more recently published.

So, yeah, I lied about quitting Tidal. Hey, it’s the last day of the year, and I just gotta confess before 2019 starts. 😉