I started more closely watching what the Wilcox clan calls the Butterfly House—a lush Monarch (and other creature) refuge along Maryland Ave., going down the hill from Meade. A major culling of plumage made me wonder if the residents might be leaving. Yep. Last week, I passed by as a moving truck was loaded. Three days ago, I spoke with one of the tenants. They’re Hawaii-bound, and the future of the mini-wildlife habitat is uncertain. Much depends on whomever resides there next. The longstanding caretakers, who contributed much to the neighborhood by way of their overly-committed gardening, bought a house and acre of land on the Big Island. Their tending will be missed by many.

For a small sense of what will likely vanish, please click through to the “Cats of University Heights” profile of Wink, laying low in the middle of the magnificent front yard. Incidentally, two other felines—Flower and Skull—were previously profiled in the adjacent properties on either side of the Butterfly House. 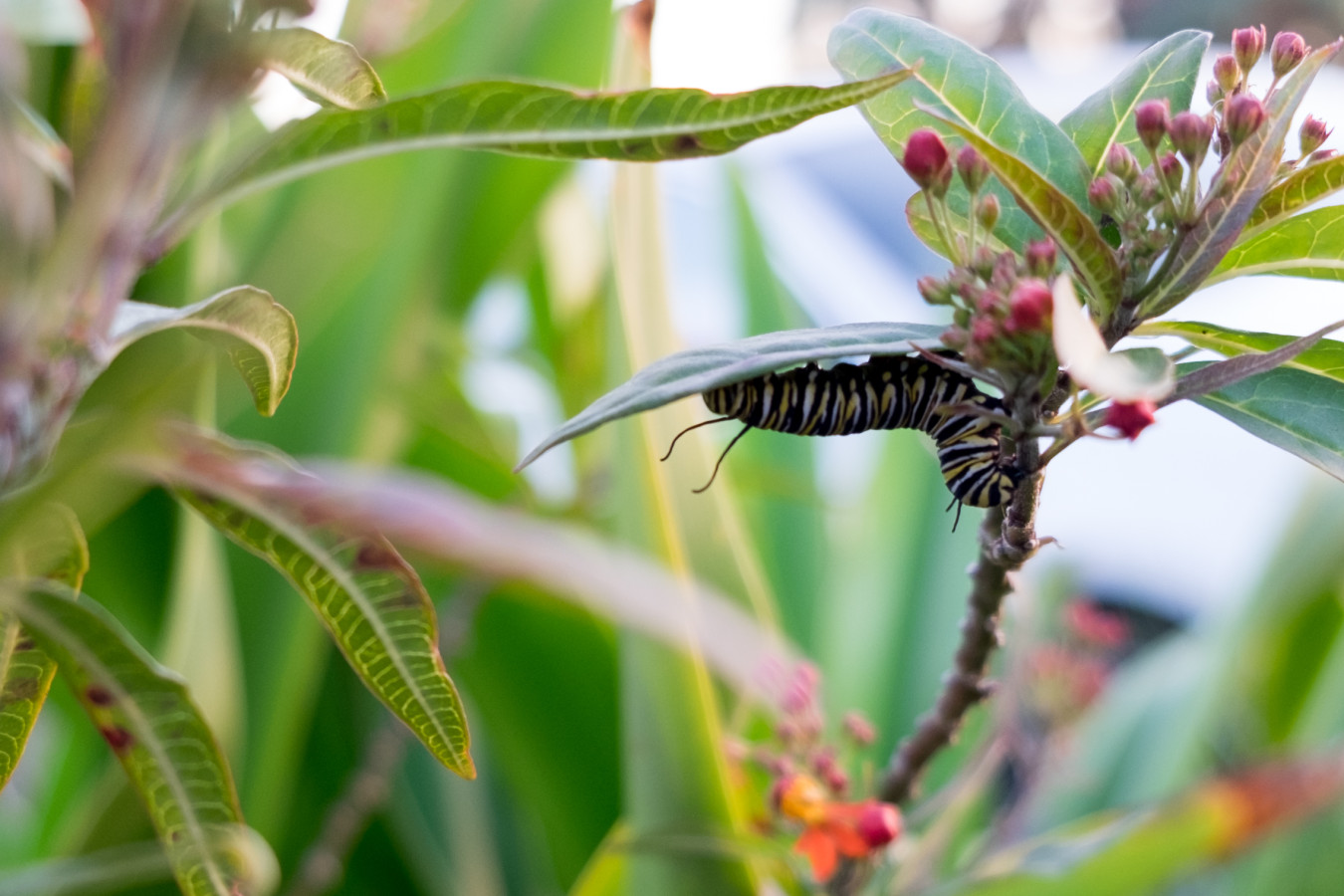