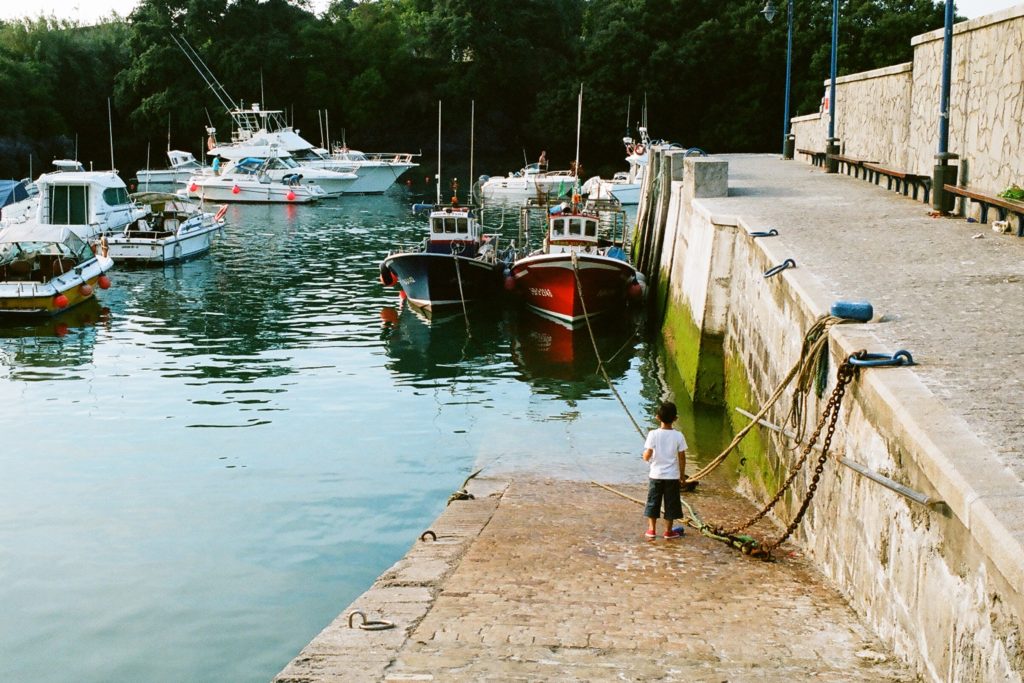 Some of the work featured in this series is from photographers who are no longer active on Flickr—as is the case of Walker Carpenter, a boarding school student living in New Hampshire at the time he captured self-titled “Aspiration“. He joined the image-sharing service in 2010 but hasn’t uploaded any photos since early 2013.

Walker used Leica M6 with 35mm f/2.5 Summarit lens and Kodak Portra 400VC film to make the moment, on July 6, 2010, in Mundaka, Spain. He captions: “A boy looks at the fishing boats of his village with awe and desire. Maybe one day he’ll captain one himself”. The portrait takes the week’s Sunday spot for: color, composition, storytelling, and vibrance.