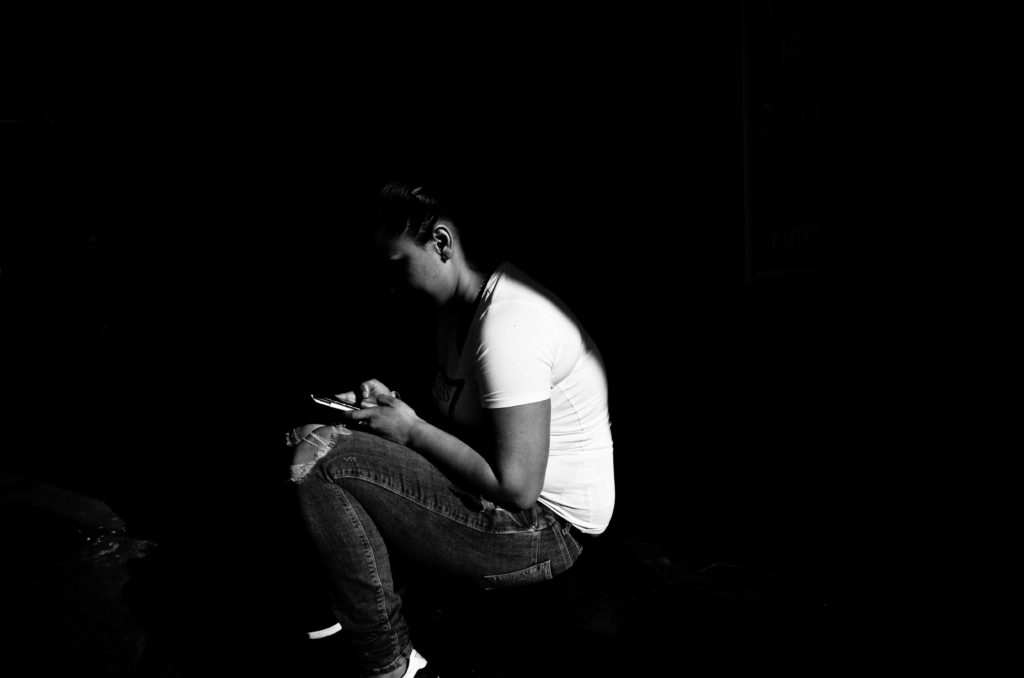 Some street shooters swear by Ricoh GR II—or, presumably, the nearly year-old III. I can see why. If you asked me what camera J Stimp used to capture self-titled “She Concentrated Deeply on the Message She Dreaded Sending“—or any other image in his Photostream—I would have said Leica M10, or one of its siblings. But, no, the GR II. Wow.

I discourage you from looking at any other portraits but this one. To peek at his Photostream is to fall inside and became gloriously trapped in an enchanting and mesmerizing montage of (mostly) black and white street shots. You have been warned. I barely escaped from the sheer visual wonder and clever captions.

“I live in Bucharest, Romania, and I have a passion for photography of all kinds, but especially street photography”, J Stimp explains about his tradecraft. “Sometimes this big, crowded, busy city drives me nuts, but despite that, I love it. I love documenting its people, the good, the bad, and the ugly. I love seeing beauty in the ordinary things of city life”. He joined Flickr in October 2014 and is active again, after a break between 2017 and 2019.