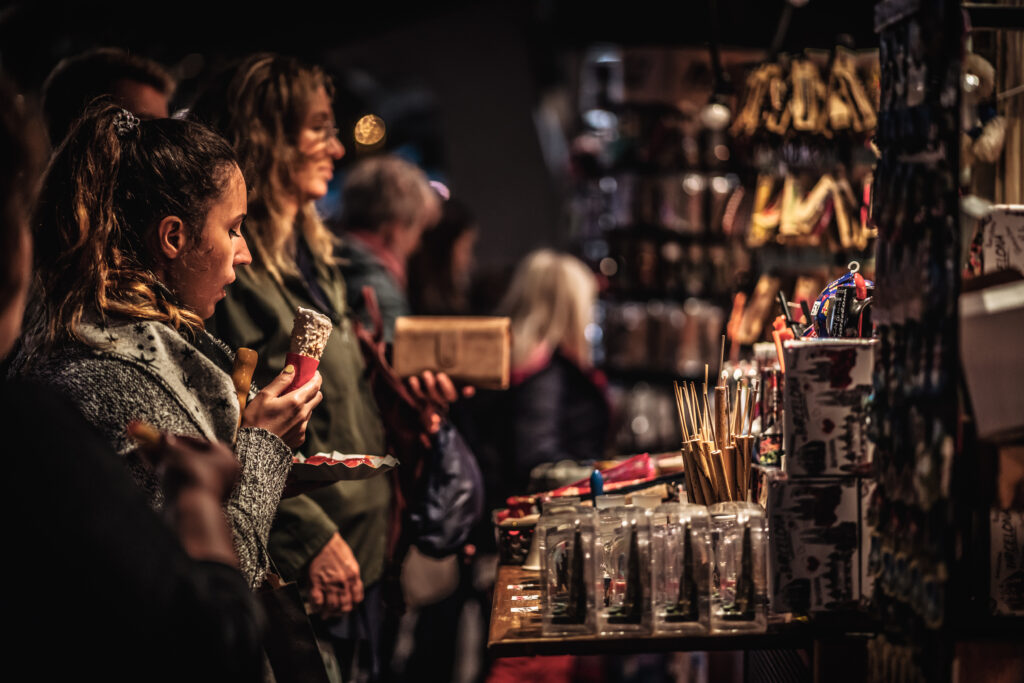 He says about the photograph:

They have it all wrong, because I think ice cream is the real gateway drug. And besides, it’s highly addictive.

I want to be in Barcelona at La Rambla on a warm night having an ice cream cone. I can be clumsy with food, so I got a small cup instead. There’s something about walking around with ice cream; for the time it takes to eat, reality gets suspended, and you have not a care in the world.

We were walking back to our hotel after spending time in the gothic quarter, and I was randomly snapping photos of people and vendors. For me, this captures some of the magic of that night, and believe me; there is always a bit of magic here. But now looking at it again, I think it might be time for ice cream. Not that I’m addicted or anything like that.

Rick describes himself as “a prolific photographer of landscapes, beaches, sunsets, urban settings, and pretty much whatever else catches [my] eye”. He joined Flickr in March 2011. Do visit his website.