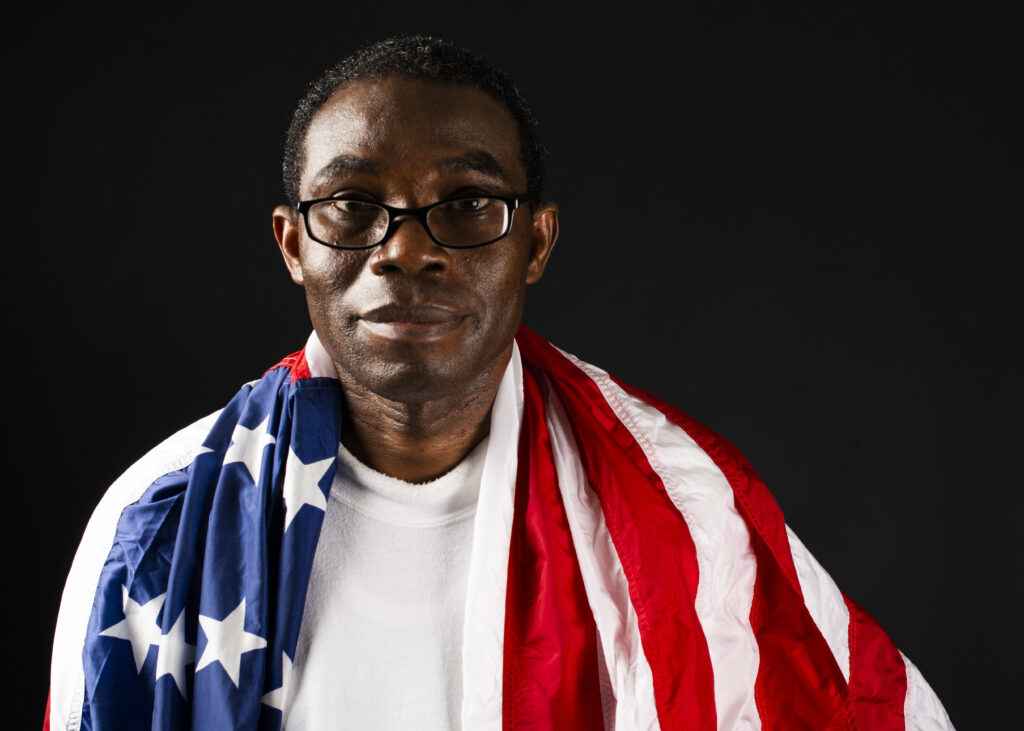 Hall’s portrait takes the holiday for clarity, composition, detail, and patriotism. May the photographer and his subject some day be proud American veterans.