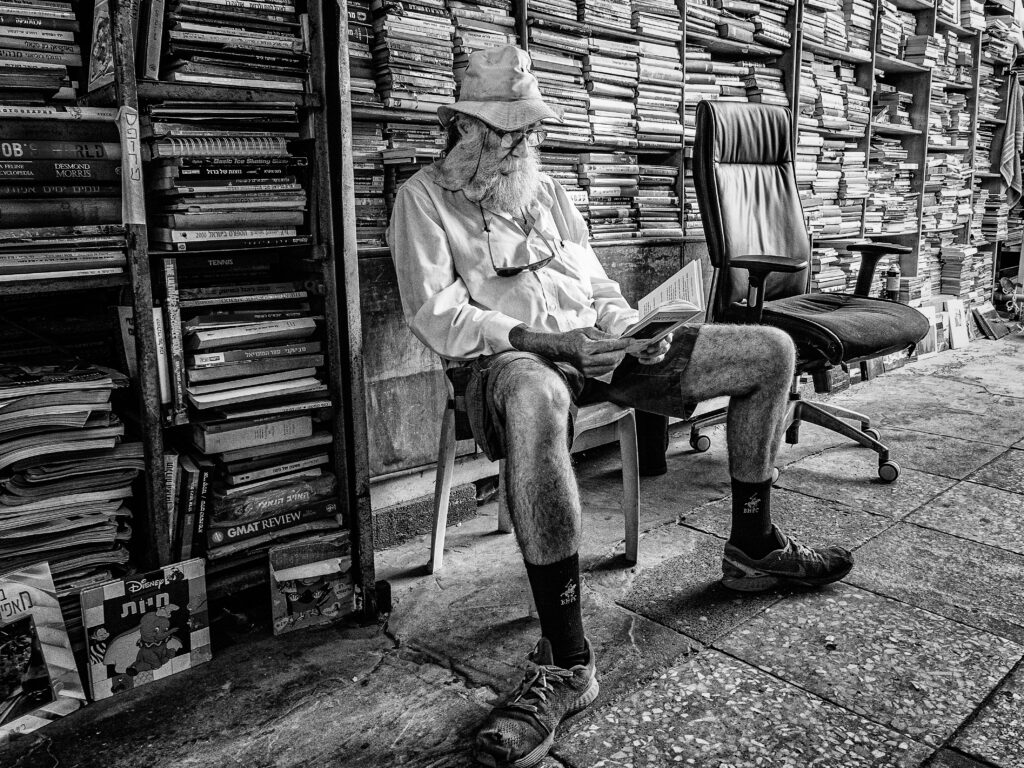 Mark says about his art: “Humanity is one big puzzle, and I’m collecting pieces of it”. He joined Flickr in October 2012 but in 2020 infrequently updates his Photostream. His portrait is a keeper for black-and-white composition, storytelling, and texture (that adds nostalgic character).