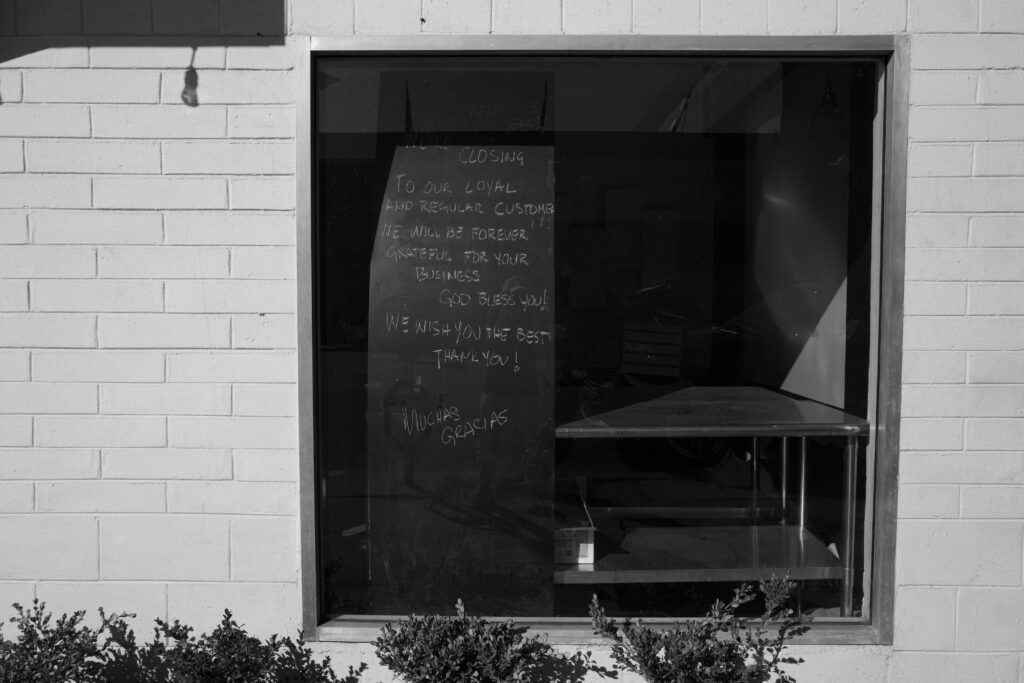 I haven’t yet found a reliable source for the number of businesses, particularly small ones, forced to close because of the SARS-CoV-2 (severe acute respiratory syndrome Coronavirus 2)/COVID-19 lockdowns, but data released five days ago by the San Diego Regional Economic Development Corporation offers some insight:

Benchmark revisions revealed that San Diego hemorrhaged 248,000 jobs between February and April 2020, which is 25,000 more job losses than initially reported. Leisure, Hospitality, and Retail accounted for around 16,000 of those additional losses. By the end of the year, revisions showed 30,100 fewer nonfarm payroll jobs in the region compared to the initial estimates. The additional loss of jobs also meant that the unemployment rate was revised higher. Initial estimates showed the rate peaking at 15.2 percent in April 2020; revised data revealed that joblessness peaked at a significantly higher 15.9 percent…

San Diego’s job market is entering 2021 on a weaker footing than initially thought. More jobs need to be recouped, and there are fewer businesses to help carry that weight. Together, this implies that the recovery will take longer than anticipated even after San Diegans have been vaccinated against the novel Coronavirus.

I see more empty stores in the area most every day. How long can these establishments continue before the response to COVID-19 kills them? Honestly, I don’t want to know. But someday, a post-mortem will reveal all.