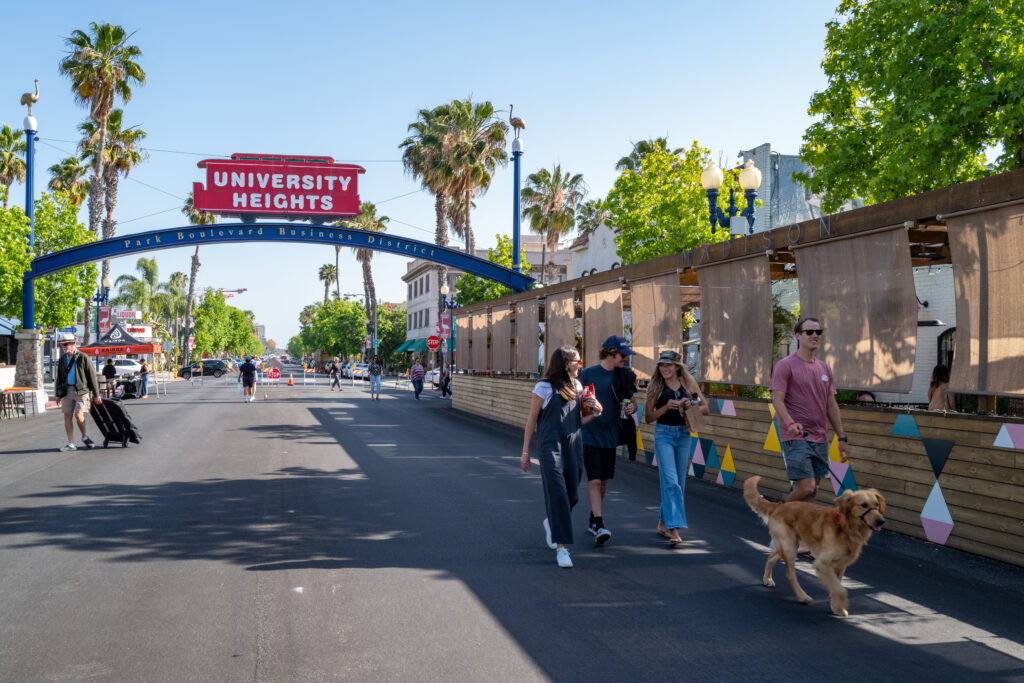 I can’t imagine how our family still resides in the village of University Heights, which is where we settled upon arriving in San Diego nearly 15 years ago. But here we remain, even as rising rental fees and soaring property values make the area unbearably costly. Exit strategy has been my priority for some time, at least since our decision not to buy the Schoolhouse five years ago. As homeowners, we would have been more natural members of the community.

There’s meaning to the odd-looking sign: Around the turn of the last century, Bentley Ostrich Farm relocated to the district—hence the birds on the poles. During the same era, street cars served University Heights, and some of them were housed and serviced in a facility that is long gone but became the public Old Trolley Barn Park. 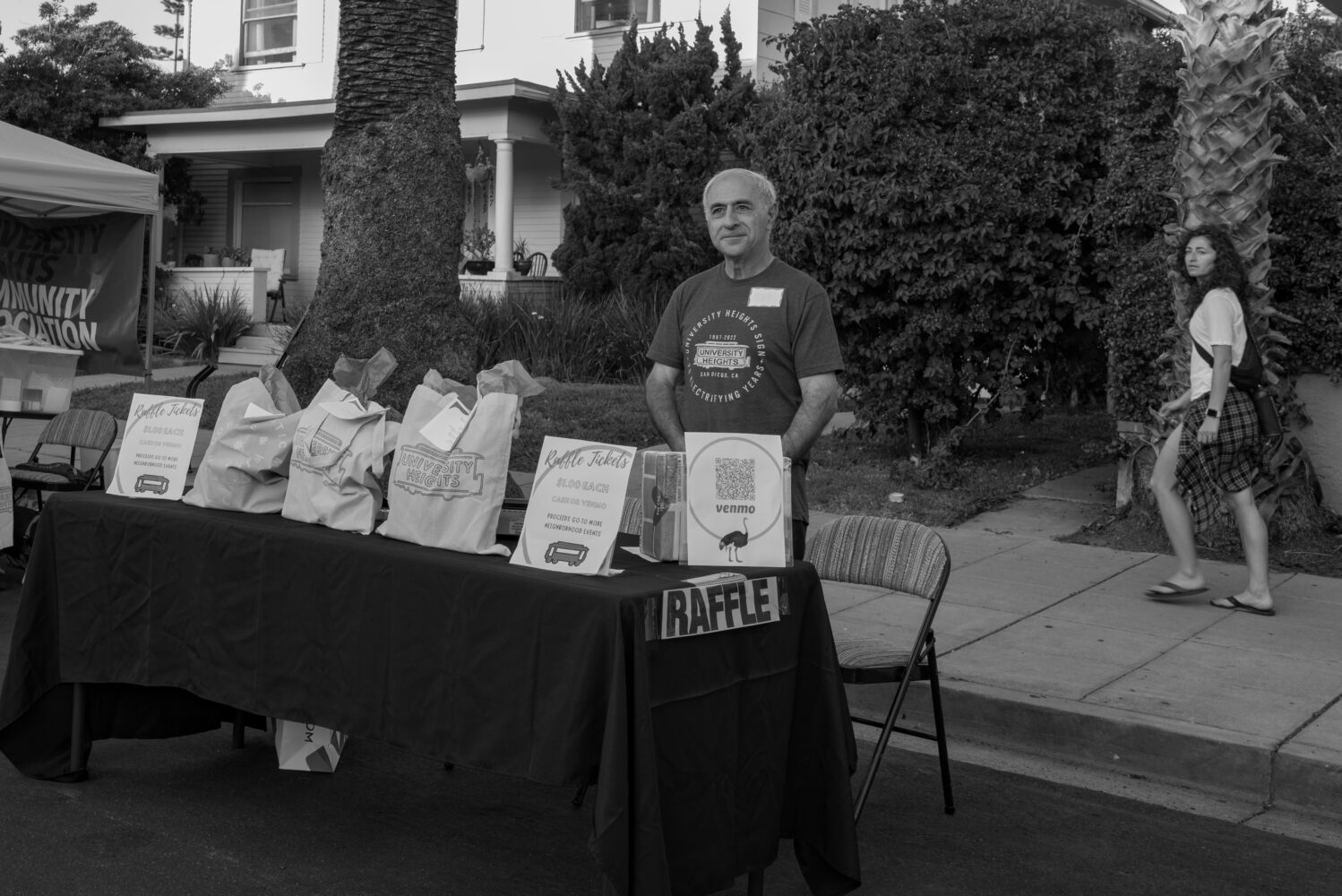 I returned after the event started with Leica Q2 Monochrom to make the companion captures. In the first of them, raffle man looks like he is posing for the camera. Not so. He stands in a moment of introspection. Vitals, aperture manually set: f/5.6, ISO 200, 1/200 sec, 28mm; 6:25 p.m. The block party was scheduled to end at Eight, but I didn’t stay that long. 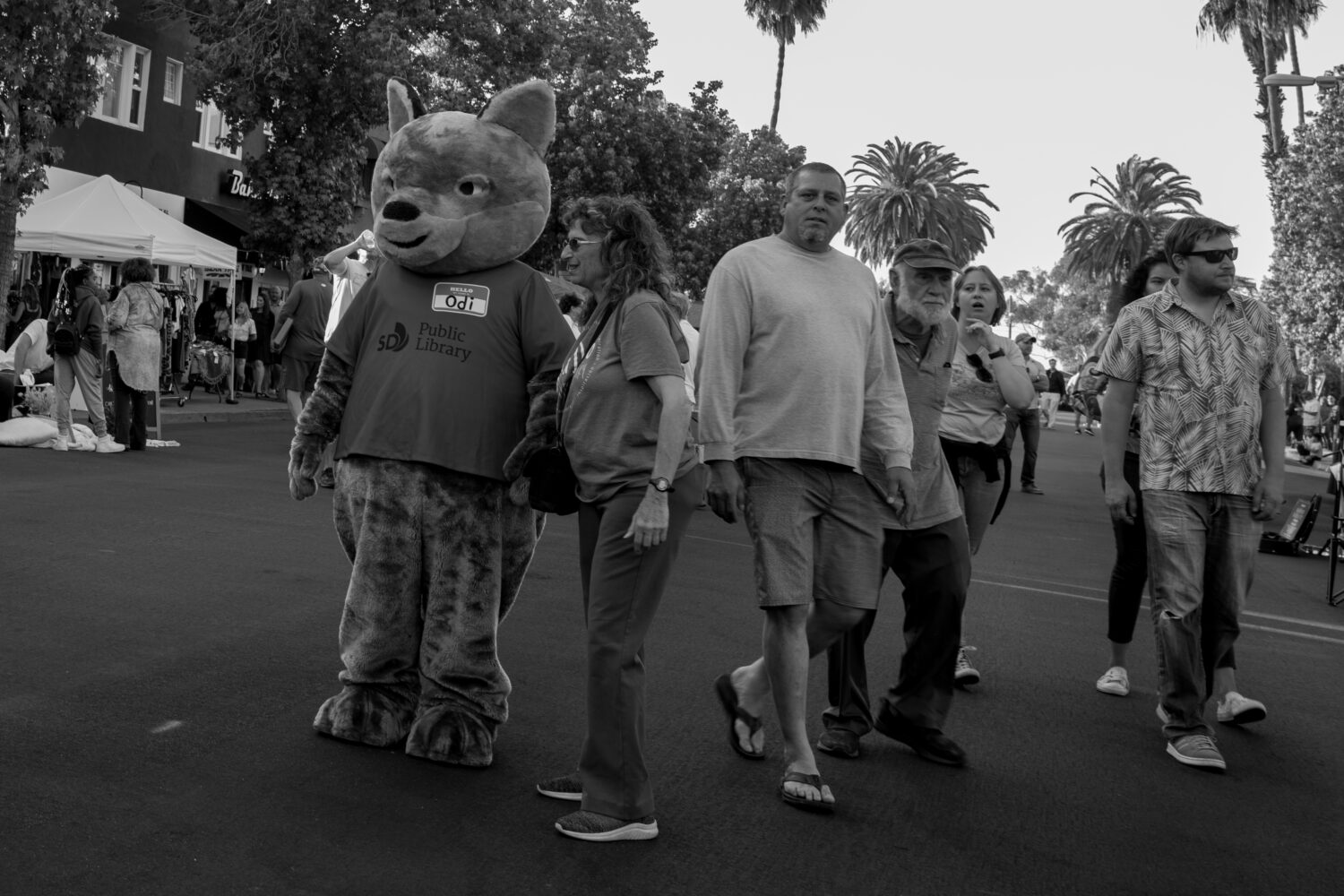 The second black-and-white photo is a quandary: I repeatedly recomposed with and without the walkers to the right of Odi the Public Library mascot before deciding to keep them in. Vitals, aperture and shutter speed manually set for this one and the others: f/5.6, ISO 200, 1/125 sec, 28mm; 6:26 p.m. 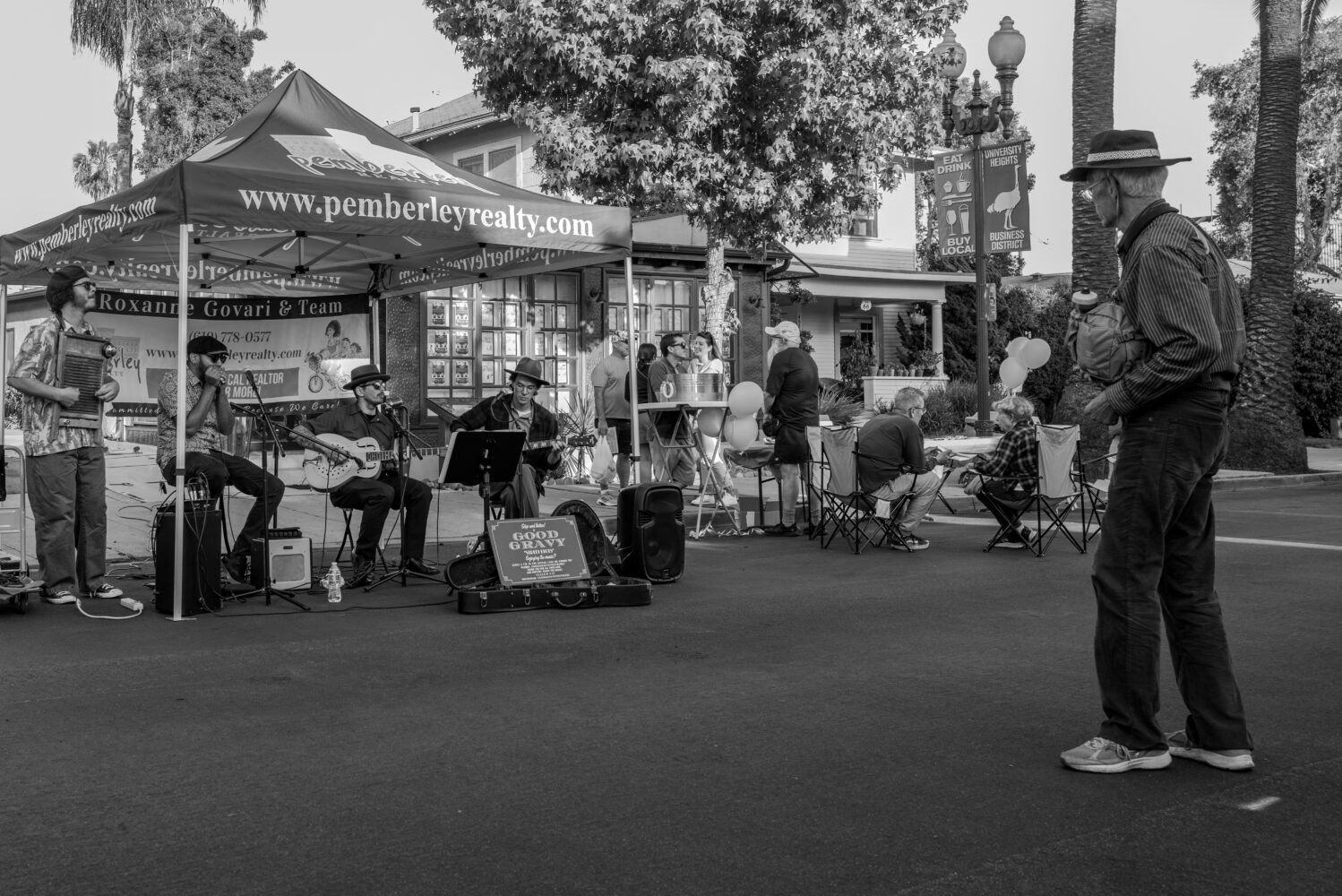 The next shot fails to capture context, which is movement. The elderly gent is dancing—and with surprising motion and vigor—to performers Good Gravy. You can’t have a block party without live music! Vitals are same as the previous pic but 6:28 p.m. 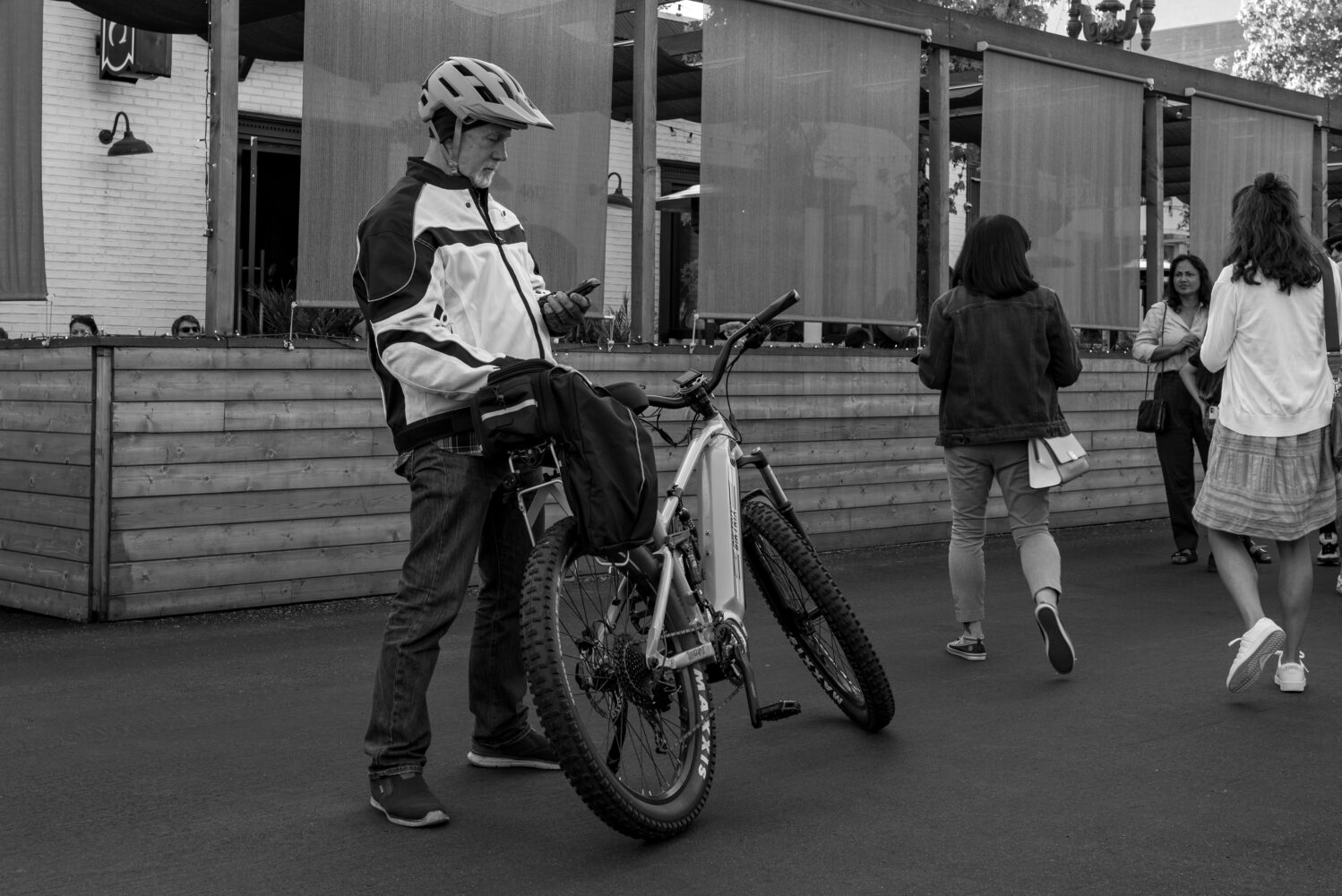 Next up, a bicyclist stares at his phone, nearly all my time pounding the pavement. What could be so interesting that he so completely ignores the hustle and bustle that he presumably has come to see? Vitals: f/5.6, ISO 250, 1/125 sec, 28mm; 6:30 p.m.

The last bookends my street shooting, by returning to the UH sign. I snapped this one from the hip when seeing the women approach. Their smiles are infectious. I only saw the passing couple when editing. Vitals: f/5.6, ISO 400, 1/125 sec, 28mm; 6:38 p.m.