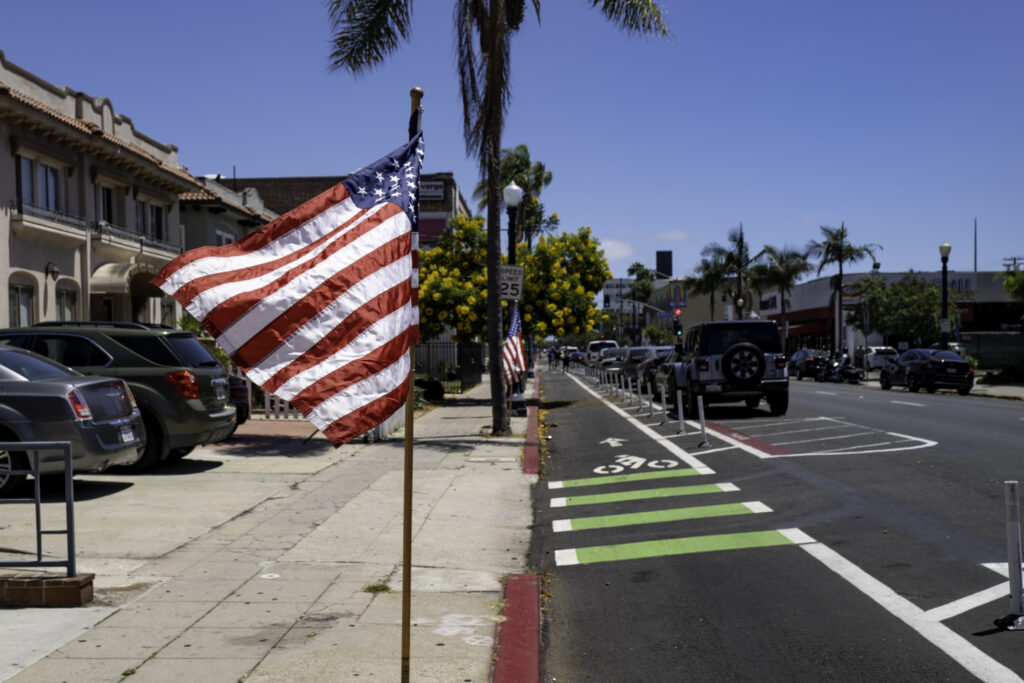 For an errand, this afternoon, I walked from my neighborhood of University Heights to Hillcrest and back. To celebrate Independence Day, the city put out American flags. The Featured Image captures two on Fifth Avenue beside one of the many controversial, and new, bike lanes.

San Diego is in the process of transforming select streets to connect a regional bikeway. The idea is to gain, ah, independence from carbon-emitting vehicles by encouraging more pedal power. Oddly though, hybrid electric or motor bikes are suddenly everywhere, which makes me wonder about the strategy. One reason: Those riders tend to avoid the bike lanes and flow with traffic; the partially powered two-wheelers are too fast-moving.

Last month, despite protests from business owners and local residents, the city repaved and re-marked Park Blvd through University Heights in fashion like this photo. Vehicles park parallel to the street, with bike lanes on the inside alongside the sidewalk. Hehe, I do love the traffic lights bikers are supposed to obey (yeah, right).