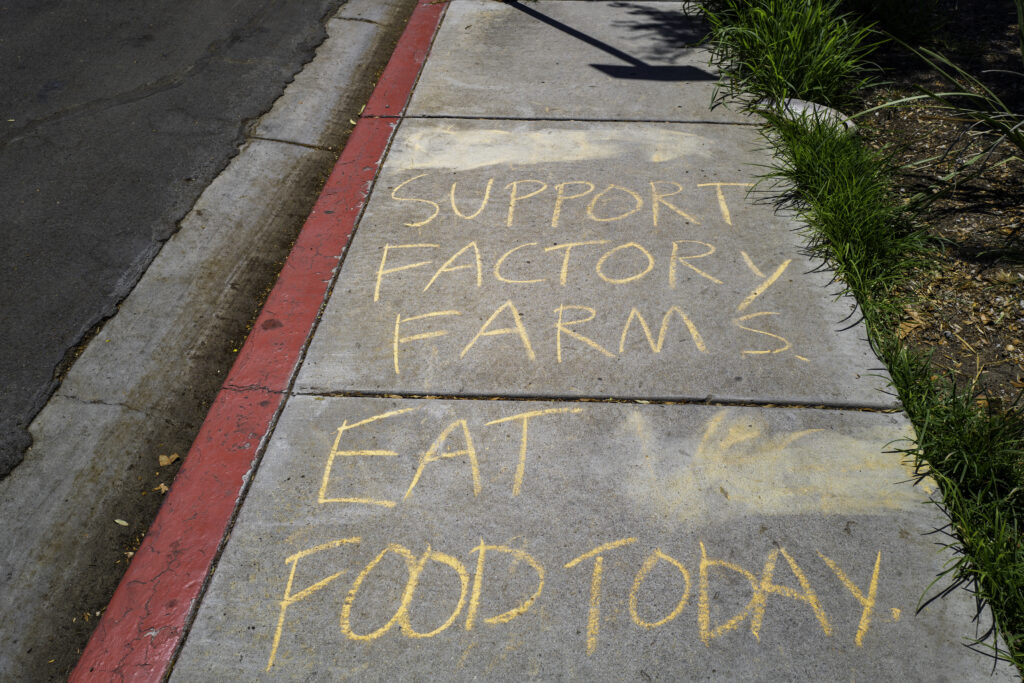 So-o-o, should I presume somebody’s sidewalk message is meant to be sarcastic? According to the good folks at Merriam-Webster, a factory farm is “a large industrialized farm, especially: a farm on which large numbers of livestock are raised indoors in conditions intended to maximize production at minimal cost”. Presumption: Animal cruelty—or so claims fourteen of the first fifteen results to my search query.

Let me ask then: We should eat less food as a means of not supporting factory farming? That starvation will put the entities out of business and thus diminish livestock hardship? Timing is odd, given all the warnings about food shortages.