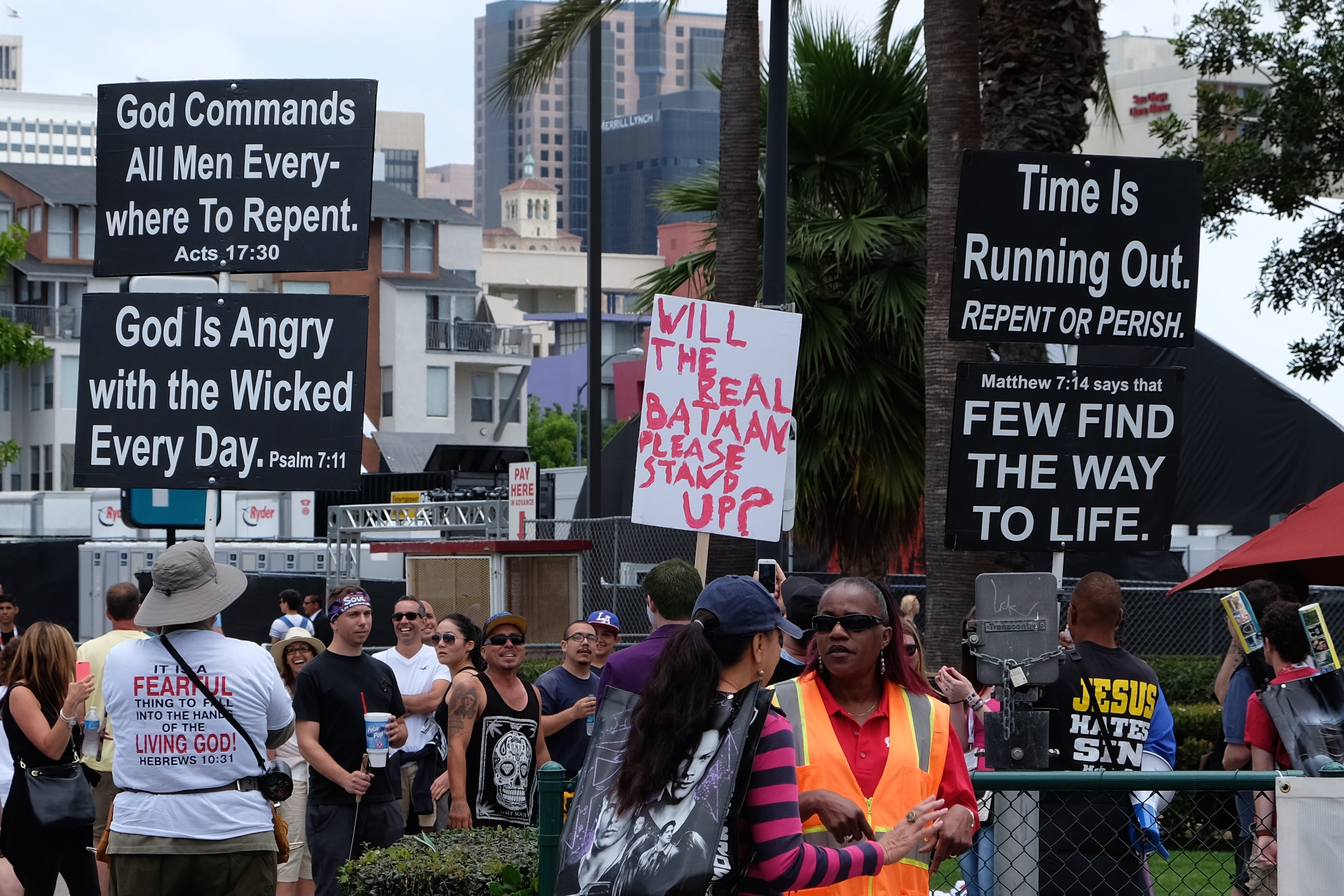 Street preachers greeting—and in many cases offending—Thursday Comic-Conners manifested metaphor as Day 1 advanced. It’s as if the Rapture came, taking away a significant minority. Because the crowds felt less to me. I asked several vendors about their perception. One of them agreeing said that earlier he’d had a conversation with other exhibitors about the feeling of fewer.

My experience has been that first full-day crowds are smallest of the four. The big draws in Hall H  typically start on Friday, along with other panels with punch. Perhaps I am too accustomed to the crowds, or maybe they were smaller as a whole throughout the Convention Center; fewer gathering places but drawing still significant numbers.

For example, the Lego line stretched out the venue’s Bay side down the way to Seaport Village, or so a volunteer staffer claimed. That would make the waiting queue minimum mile long. Yikes! Then, in what I call the Hollywood section—where Marvel meets The Walking Dead—the usual cluster of people and lines blocked easy passage. Still, for all the bodies, I felt less squashed than previous years.

If a number of attendees wasn’t whisked away, so to speak, then why was navigating the Exhibit Hall so much easier? Perhaps Friday will answer.