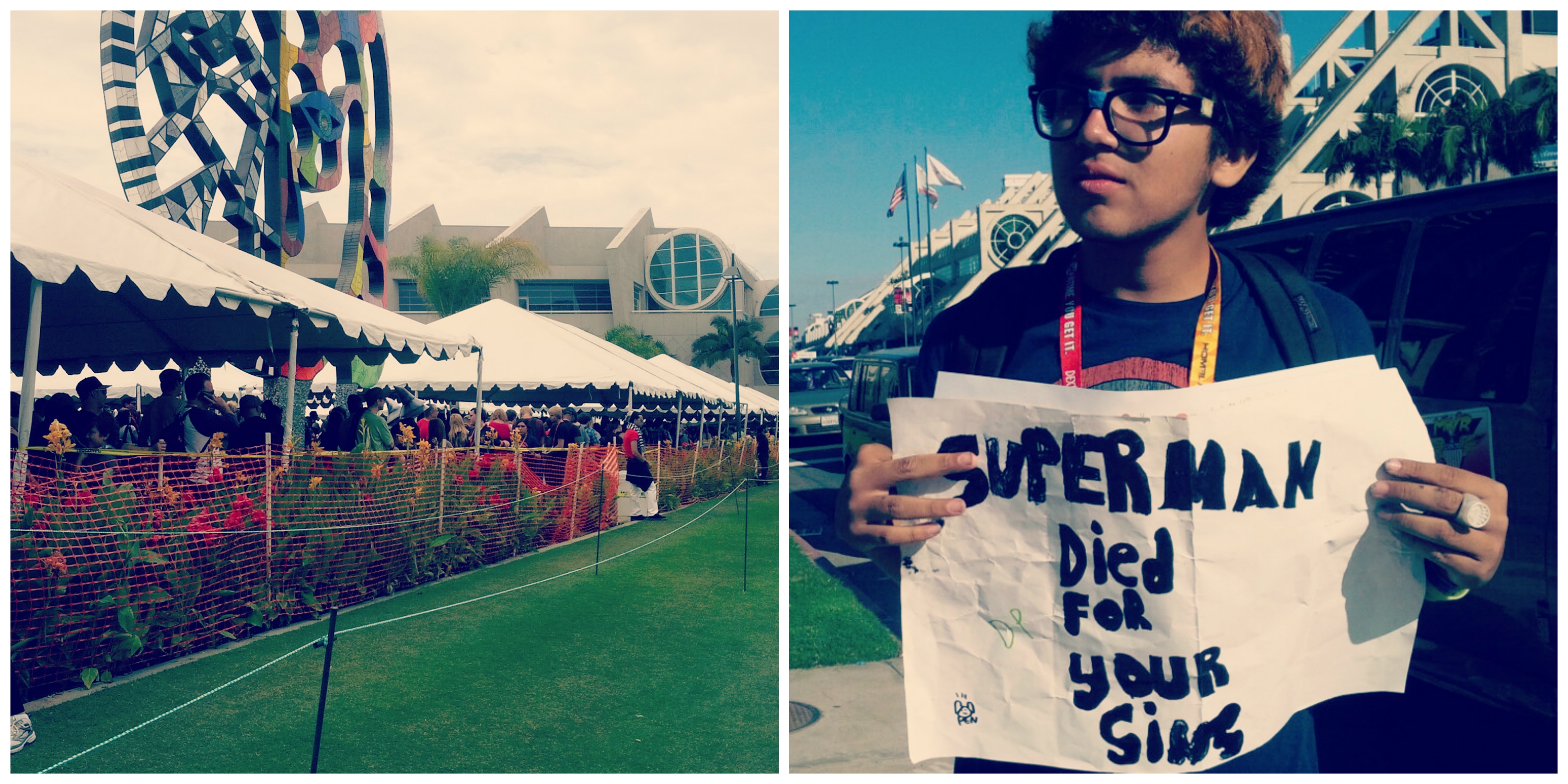 Listening to attendees talk about the panels they hope to attend, or did, there is reverence. You feel the same from people getting autographs or clutching swag from Hall H sojourns, where waiting and perseverance are offerings they must make for admittance. Sacrifice is required to worship at big-draw panels like Game of Thrones. Many seek to enter the Kingdom Hall H, but only 6,500 will be chosen.

One T-Shirt on sale at the Con captured the sentiment: The H for Heaven or Hell, depending on whether you waited hours to be shut out or were among the blessed few. I should have photographed it, damnit.

Ha! Stopping to Google for the tee, I found two year-old recollection “A Day Inside Comic-Con’s Hall H: Worshiping in the Ultimate Movie Church“. But worshippers gather elsewhere, too: Rooms 6A-F and 20, for example. Inside them, the collective emotional experience—people exasperating and laughing in glorious unison—could easily be transported to a tabernacle during some past era. Where’s my time machine?

Concert-festival goers to the likes of Coachella commune together also. But the experience of being confined, in the mostly-darkened cathedral-szie room, with those being adored on stage under spotlights is more intimate and the collective emotional responses more exhilarating.

That is if you sacrifice. Pay homage by standing in line. Offer your time, energy, and physical stamina before the altar of pulp media. Maybe you will be among the chosen few. The truly blessed are permitted to speak to the gods on stage and ask them a single question: “Is Jon Snow really dead?” “Will he rise again and lead the White Walkers?” Sorry, but that’s two Qs. Cast him out of Hall H!

Note: The collage combines two of my photos from SDCC 2013—smidgen of the enormous line waiting to get into Hall H and a young protestor observed near the trolley stop after the Con closed Sunday afternoon.