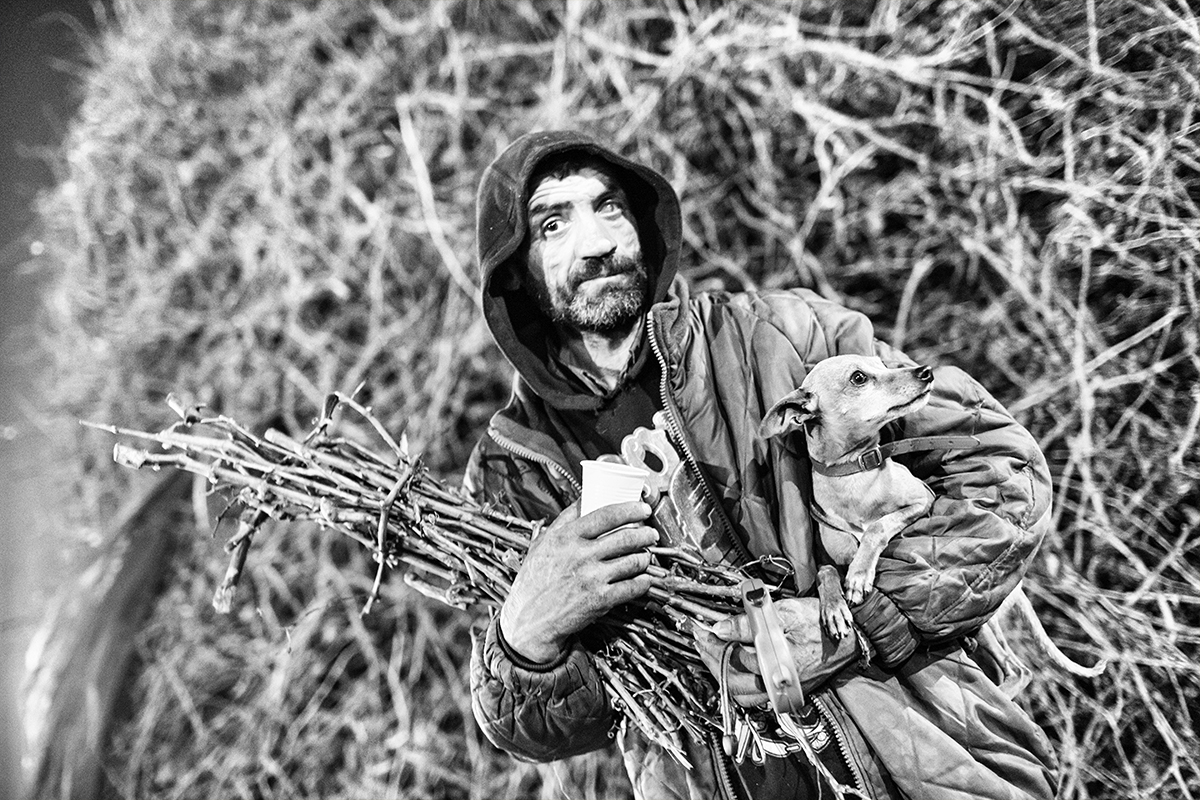 Choosing today’s selection, I considered many—emphasis many— by Andrea Donato Alemanno. Among them: hugging couple; kissing couple; older gentleman; tailor; and woman with flowers. His photostream is a rich study of street black-and-whites, mainly captured with the Fujifilm X100S.

I picked the pic for composition, the subject’s facial expression, and overall appeal. I leaned forward to look closer. Didn’t you? Andrea lives in his Italian hometown of Salice Salentino, and  he joined Flickr in October 2008.