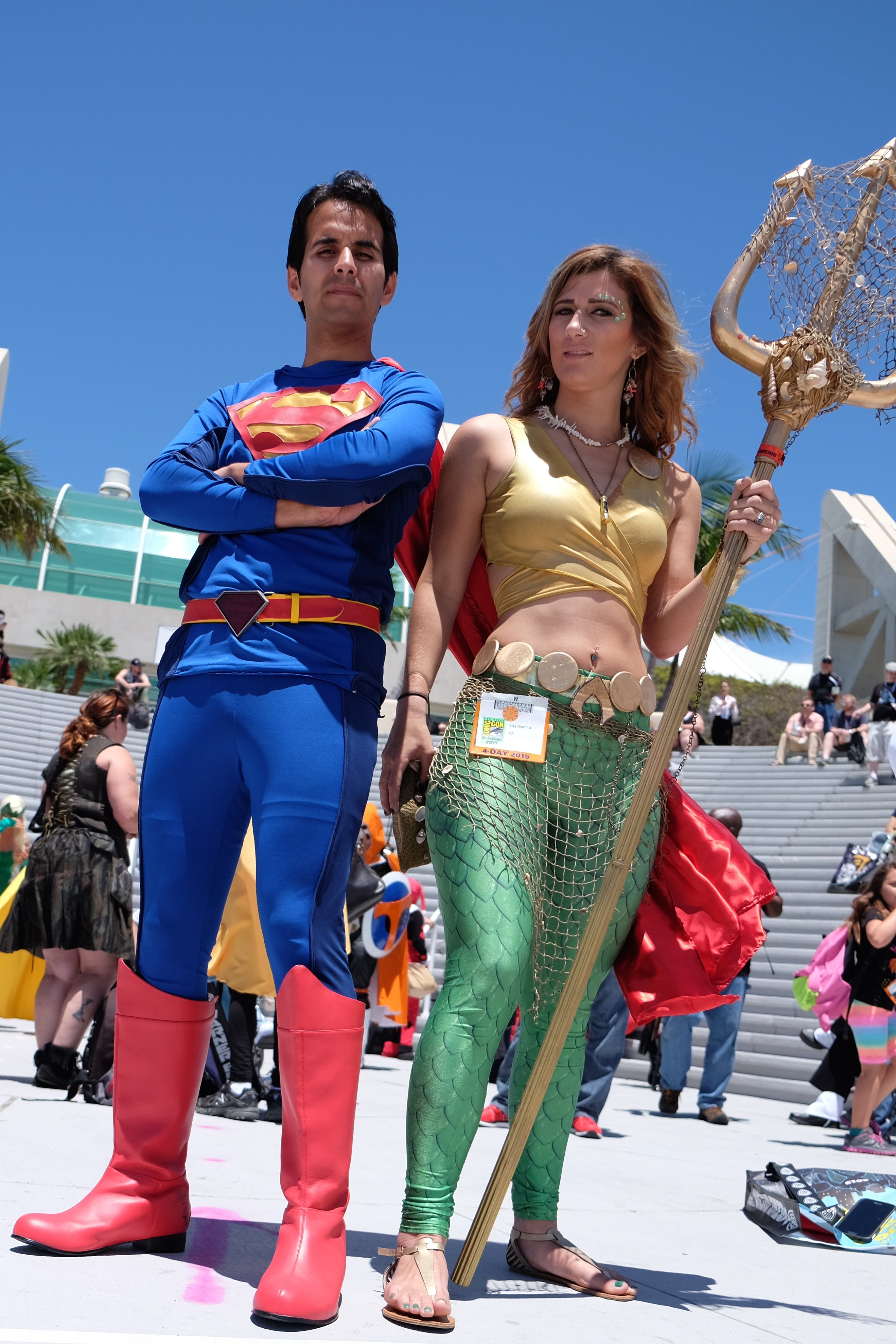 At 9:35 a.m., I completed buying a full pass to Comic-Con 2016, four minutes after moving from the Waiting Room to the purchase queue. The pulp-media cultural event costs more every year. I paid $220 this year and $245 for next, which works out to $40 each for Preview Night and Sunday (Family Day) and $55 apiece for the others.

SDCC 2016 is the second year I pay to attend. Comic-Con International did not recertify my press status for 2015. I have submitted fresh verification documentation but took advantage of preregistration rather than wait. My concern is not attending rather than paying. Press certification’s major benefit is assured attendance. But there’s no guarantee that my media status will be approved.

Comic-Con 2016 will be my eighth. I am not so much a comic book fan as lover of pop culture and people. There is such an aspirational quality, as people dress up as their fictional heroes or come to meet the creators of or actors playing the characters. I wrote about this in July 2010 (“The Roles We Play“) and during this year’s Con (“The Heroes Are Us“). Please read both posts.

I haven’t decided what my focus will be next July: Most likely shooting photos and giving onsite, ongoing commentary. For SDCC 2016, I made pictures priority. My Flickr albums:

I am surprised to see that Comic-Con will mail out badges. Is that new, or typical for preregistration? I have always picked up mine onsite—although mailing them would reduce congestion, assuming I understand what the process will be.

According to Comic-Con’s official Twitter account, badges sold out around 10:08 a.m,, which is about 8 minutes longer than last year, if I rightly recall.

Open Registration comes around in a few months. I wanted to get a pass for my daughter today, but she wasn’t eligible for prereg; hopefully we can try later.

Apologies, I don’t mean to gloat about getting a pass. Many ;people are disappointed this morning, and I expected to be among them. But as I will go in my media role, this post is meant to be informative, should someone(s) in my online social circles want to meetup during SDCC 2016. Let’s plan for that now!