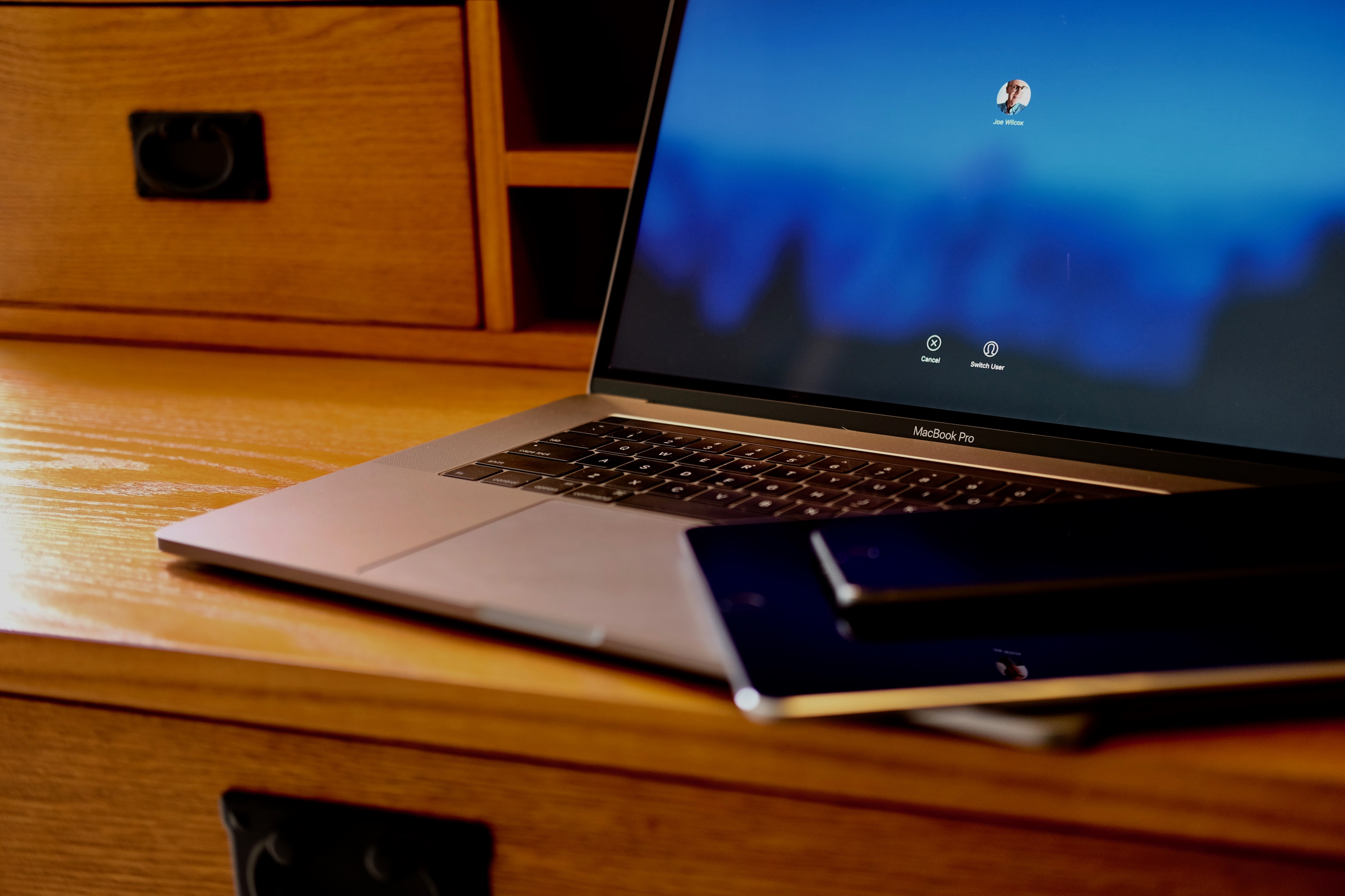 Apple’s Way
As 2017 starts, I unexpectedly use the newest Apple gear: 15.4-inch MacBook Pro with Touch Bar; iPhone 7 Plus; iPad Pro 9.7; and Apple Watch 2—all released last year. After posting the Fujifilm X-T1 for sale to Craigslist, I decided to keep the kit. But I did sell my beloved Grado RS1e headphones, primarily replacing them with the Master & Dynamic MW60, The camera and cans were 2015 acquisitions, and they, along with 64GB Apple TV and Amazon Echo and Fire TV, complete my collection of oft-used gadgets.

The company’s freshest fruit is refined, without being exceptional. Features balance, but priorities don’t always make the most sense. I call this phenomenon “Products without Purpose“. The new MacBook Pro is example. The Touch Bar’s utility is questionable and demonstrates risky design emphasis. Many early buyers complain about shorter-than-expected battery life; you can be sure more people would take longer charge time over newfangled Touch Bar.

Some design decisions—Apple’s Way or no way—burden users. The four USB-C ports are two too many and two too few for many users’ needs. For example, I used the X-T1 to shoot the Featured Image, but because there no longer is a SD card slot, I had to dig out a USB 2 cable and connect to dongle to transfer photos (although wireless is an option I will explore for the future). BTW, image vitals: f/2, ISO 400, 1/60 sec, 35mm. I purposely darkened during editing; bokeh deliberately emphasizes “MacBook Pro” and keyboard.

Apple’s mistake with the Class of 2016: Products are pretty and pricey but not necessarily as productive as they could be. Complexity creep increases—from software and services to user interaction and obscene number of purchasable configurations.

Some design choices are contradictions. For example, MacBook Pro keeps the 3.5mm audio jack even while dumping all other legacy ports. Meanwhile, iPhone 7 and 7 Plus do away with the port. Apple expects customers to connect via Bluetooth or use a Lightning cable. The need for dongles is where the two devices do share some design synergy.

Sweet Fruit
And yet, what Apple gets right offsets most of the wrongs. Newest MBP screen is among the brightest (500 nit) and color gamut range and accuracy are best of class. The second-generation butterfly keyboard and accompanying, expansive trackpad improve my writing and overall interaction with the laptop. I chose the computer for these two benefits, and it satisfies. Immensely.

That said, looked at differently, a touchscreen, rather than the Touch Bar, could be more useful, Touchscreen operates in the plane of the eyes, while the other assumes plane of the fingers matters more. Until, and quite honestly if, there is broad third-party developer support, Touch Bar is too much a feature without purpose. Whether or not Apple chose the right plane—fingers over eyes—is a story to be told. The company’s heritage is exceptional: Providing products and user interfaces that people don’t know they need. It’s too early to say if Touch Bar does just that.

Something else sweet about Apple’s freshest fruits: They imbue the understated design ethic that I wrote about in September 2005. They are visual masterpieces. Works of art, which subtleties charm. I own the 128GB iPhone 7 Plus in matte black. The device feels fantastic to hold, and its appearance pleases my eyes. I can say the same about the new MacBook Pros, which thinness and refinement make older models immediately look outdated. The one is modern, and the other archaic.

Much of the visual charm comes from what’s missing—the legacy ports I complain about. That’s where the imposition of the Apple Way—taking something away—makes design sense. Yes, some users will need dongles to connect to legacy peripherals. But the ports’ removal stays true to a design ethic, and aesthetic, going back to 1998’s Bondi Blue iMac, when Apple ditched legacy ports for USB. The move to USB-C has historical precedent, and doing so allows the company to deliver thinner, lighter laptops that please eyes and fingers. But the principle challenges users to move on to wireless connectivity.

Also understated, and butting against areas of increased complexity: How efficiently and transparently some cloud-based mechanisms work across devices. Safari’s seamless syncing of usernames and passwords now exceeds what Google does with Chrome. I don’t have to worry about forgetting login for this website or that regardless of device. For someone who uses different passwords on every service, the convenience matters much. The concept is tremendously understated, and beneficial, extending to some apps; iOS will prompt to use the Safari saved credentials to log into some of the app-accessed cloud services. Love it!

One Less Thing
Overall, I am satisfied with my return to the Apple lifestyle, conceding imperfections are many—and growing—under Mr. Cook and his management team. Too many new products are over-designed in ways that, as previously mentioned, lack purpose. They are failed attempts to deliver that thing people don’t know they need. Company cofounder Steve Jobs brought good taste and sensibility to Apple products and their design, blooming visionary sensibilities that birthed several transforming tech devices—with iPod and iPhone, in 2001 and 2007, respectively, being most notable.

Mr. Cook presented Apple Watch, iPad Pro 12.9, and MBP Touch Bar with the drama of a Jobs’ “One More Thing”. But they are less, which shouldn’t be misunderstood. Sometimes less is more, with understated design as example. In July 2009 I asked, and answered: “How Does ‘Incremental’ Define Apple?“, following up two years ago with “Sameness is Secret to Apple’s Success“. iPhone 7 and 7 Plus are much like the original announced by Jobs 10 years ago this month. The screen as the user interface, augmented by device-orienting sensors, is much the same then as now. But these features, and others, as well as the design, are incrementally improved over time to perfection. If example of other owners, I am more satisfied with the newest model than any other smartphone—and I have used or tested many.

What distinguishes Apple in Cook’s kitchen: Product design as refining art. This ethic won’t be appreciated by customers, developers, or investors demanding the next “one more thing” product. But innovation can be subtle, too, and perhaps that’s where it’s best. Understated. Unobvious. Apple innovates by iteration better than any rival.

But holding back Apple: Design obsession with touch, which traces back 27 years to the original Macintosh. “Finger-first” is increasingly an anachronism when voice-enabled, touchless interaction is so sensible and deliverable. See my May 2016 analysis “Tim Cook’s Last Stand” for thorough treatment. Google gets it, delivering contextually meaningful utility—anytime, anywhere, and on any personal, portable device needed. By contrast, Apple’s approach to its smartwatch and Touch Bar development depend too much on fingers.

Yet I use both products. Standing at the precipice of 2017, I am satisfied with my return to the Apple lifestyle. There is much I miss about living Google, though. But Chromebook’s receding utility, Android Wear 2’s delay, and other chinks in the hardware-to-software armor are undermining. Then there is my ethical dilemma: The Google Free Economy, which diminishes created contents’ value and encourages viral spread of misinformation and fake news. Big G derives about 90 percent of revenues from advertising, around which there is some collection of information about people using search and other free cloud services  Meaning: You are the commodity. Apple sells stuff; its incentive is to keep customers paying for things.

I can trust Apple—flaws and all.