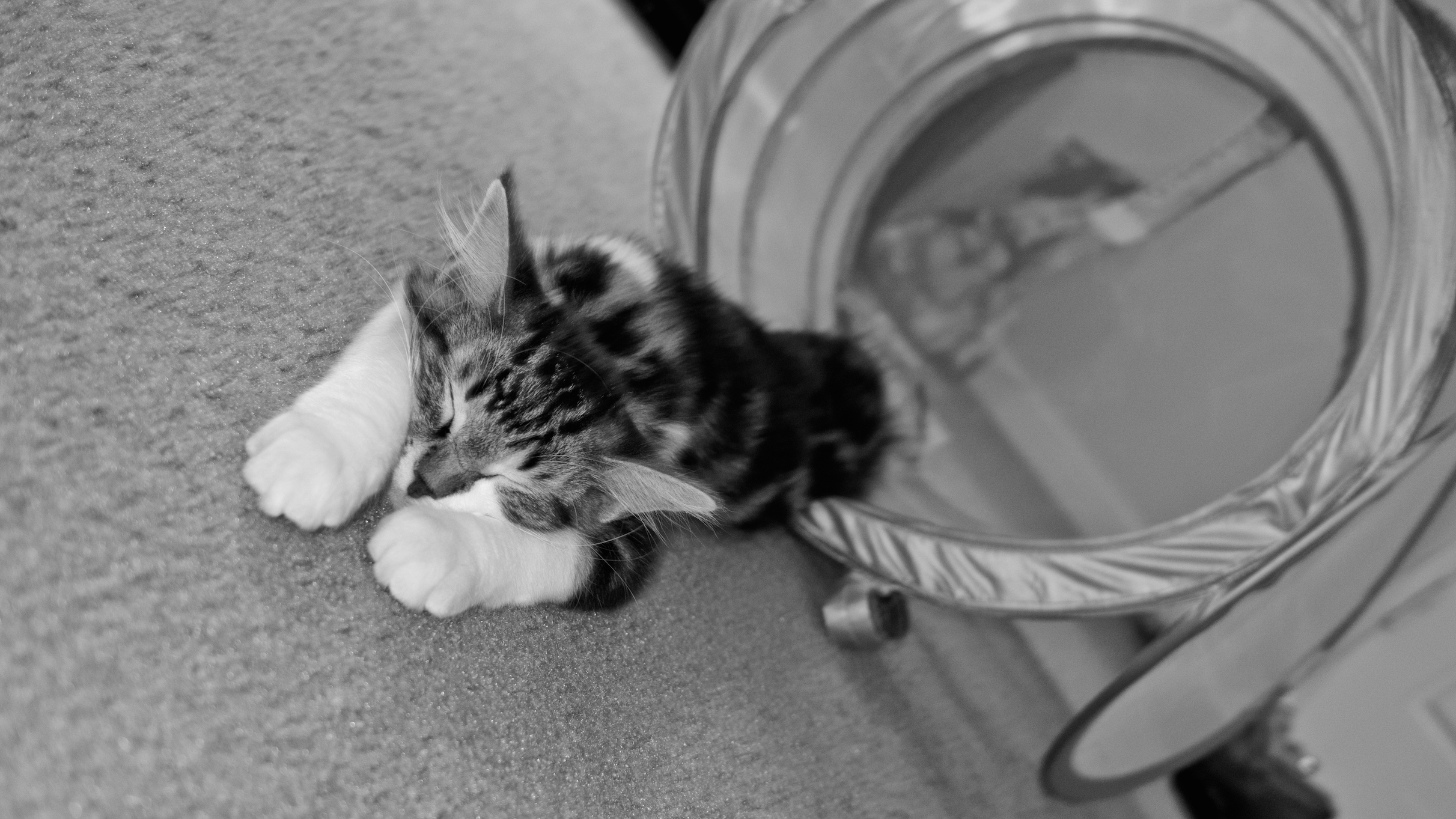 Five years ago, Jan. 15, 2012—also a Sunday—our Maine Coon, Kuma, glanced up at me quizzicality before shimmying under the back gate and into oblivion. We never met eyes again. I still feel guilty about his loss. The cat and I had developed a bond of trust, which I betrayed by letting him out at 6 a.m, into darkness—alone. Typically, he left the apartment an hour later with me as see-him-off, down-the-alley companion. Sixteen days later, city workers found his collar in a nearby canyon, leading us to believe that a coyote got our bear, which is Kuma’s meaning in Japanese.

The 18-month-old Maine Coon and I were constant companions in our apartment building’s courtyard, where I often wrote news stories on my laptop. I have fond memories of Kuma coming and going, slipping under the back gate. Even now, I still look for him when walking up from the alley or along the street when returning home. I no longer work outdoors, because it unsettles the other cats, Cali and Neko, which want to come out, too.

Origin story: Kuma was a derelict, cruelly abandoned. Someone tossed a bag of kittens over a fence on a blistering October day—32 degrees Celsius, in La Mesa, Calif. The homeowner heard their mews while mowing the lawn. After bringing them inside, going back out to work, and moving to the front yard, he discovered a stray that had left the others. Kuma. My daughter adopted the furball a few weeks later, in mid-September 2010. I shot the video on the 13th of the month. He was one of the cutest kittens I ever seen.

Recognizing that few people will care about our long-lost cat but me, I nevertheless present past posts. It’s convenient for me to have them in one place:

If you like felines, please check out my “Cats of University Heights” series.