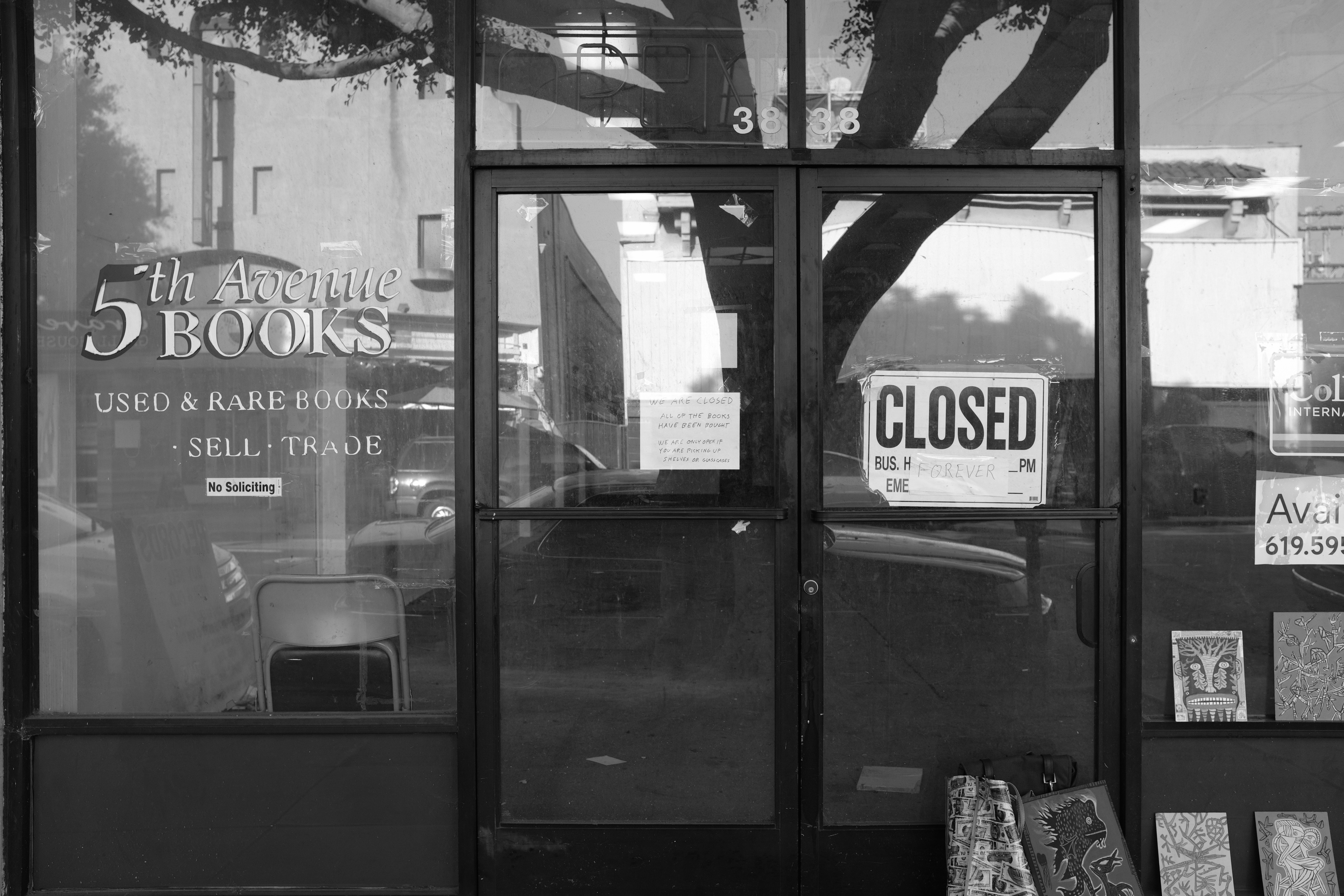 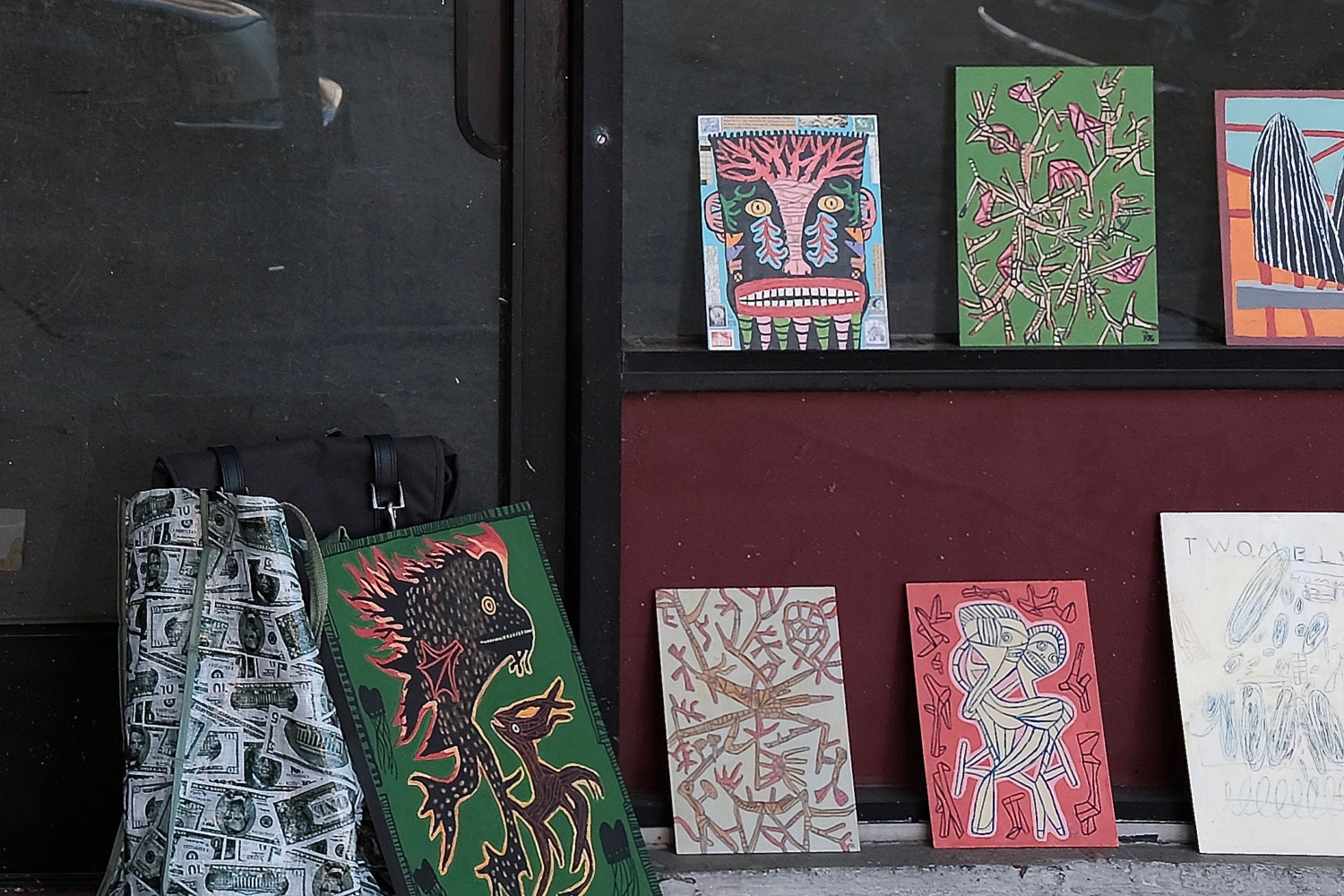 The color rendition is cropped about 140 percent to focus on art a street seller displayed outside the abandoned store. I enhanced the JPEG, shot with Velvia film simulation, using Sharpener Pro 3 from the Google Nik Collection. Vitals are same as the black and white, one minute earlier.