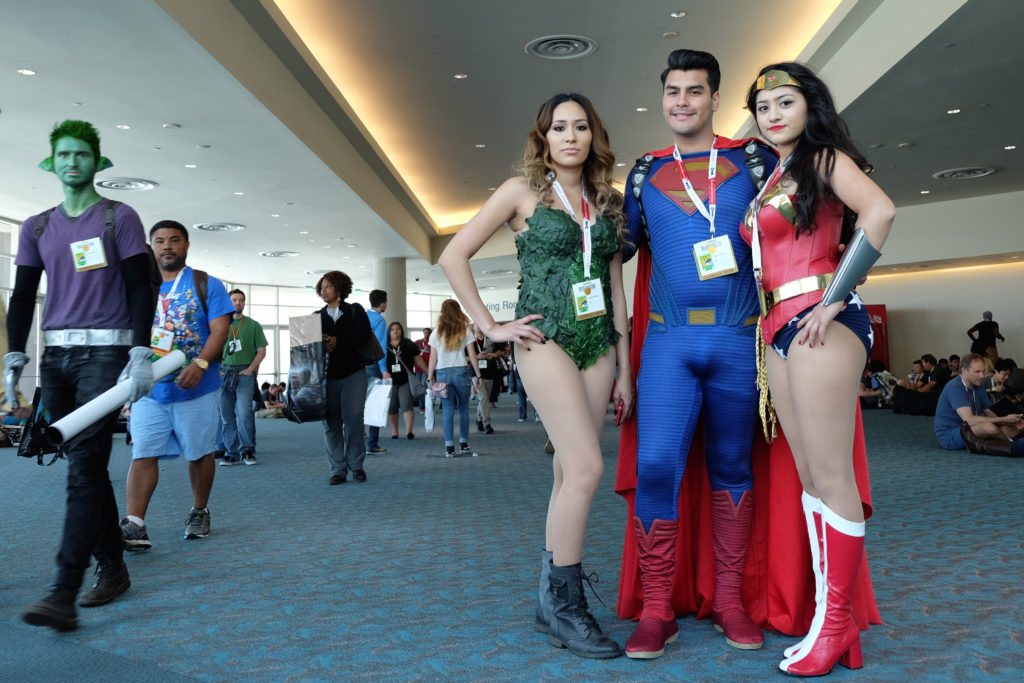 San Diego Comic-Con commences in two evenings. Unless something dramatically unexpected happens, I will not attend any part of the event—only miss since my first go-there in 2009. I managed only one day last year after being there for every other Con. Looks like 2018 will be even less.

I have resigned myself to circumstance, following failed Returning and Open registration attempts to purchase passes. I may go to Gaslamp, like last year, to shoot street photos with the Leica M10. Or maybe not.

Comic-Con is a geekfest. I am not a geek, nor are comics my thing. But I do enjoy watching people become whom they would like to be. Role-playing is aspirational. The heroes are us. The fans, and the roles they play, is SDCC’s greatness—not Hollywood’s bombardment or actors on panels. Many participants, including the artists and booksellers, want to be something more.

That’s what I will miss this week, as 130,000 participants bearing coveted passes descend on the San Diego Convention Center and surrounding neighborhoods.

Something else: Comic-Con also is a house of worship, where people go to make offerings at the altar of popular culture. For me, that is the occasional—and rare—book or TV series that I enjoy enough to read or watch more than once. Sometimes repeatedly. Novel Jurassic Park by Michael Crichton is one example. The Battlestar Galactica mini-series—but not the seasons that followed—is another. Too much storytelling is mundane and predictable, with dialog that unrealistically reveals too much information. I want to gorge on delicious characters and their development supported by intricate, speculative—but believable—plot lines. Originality is better still.

My pulp media altar of the moment is 12 Monkeys, which just wrapped up its four season run about two weeks ago. I rewatched the previous three and the last again. I could start over and be entertained still. Knowing that this year’s Con wasn’t in my future, I invested the money that would have been spent there on a treasure: The same model (but, sadly, newer) wristwatch worn by main characters Dr. Cassandra Railly and James Cole—played by actors Amanda Schull and Aaron Stanford, respectively. The Con would be a memory reduced over time. The watch is an artifact I will use and remember for years. And, yeah, I will think of 12 Monkeys.

Wrapping up, as I reflect on my SDCC adventures—or misadventures—my biggest Comic-Con regret is missing this fantastic deal minutes before the 2014 event closed.