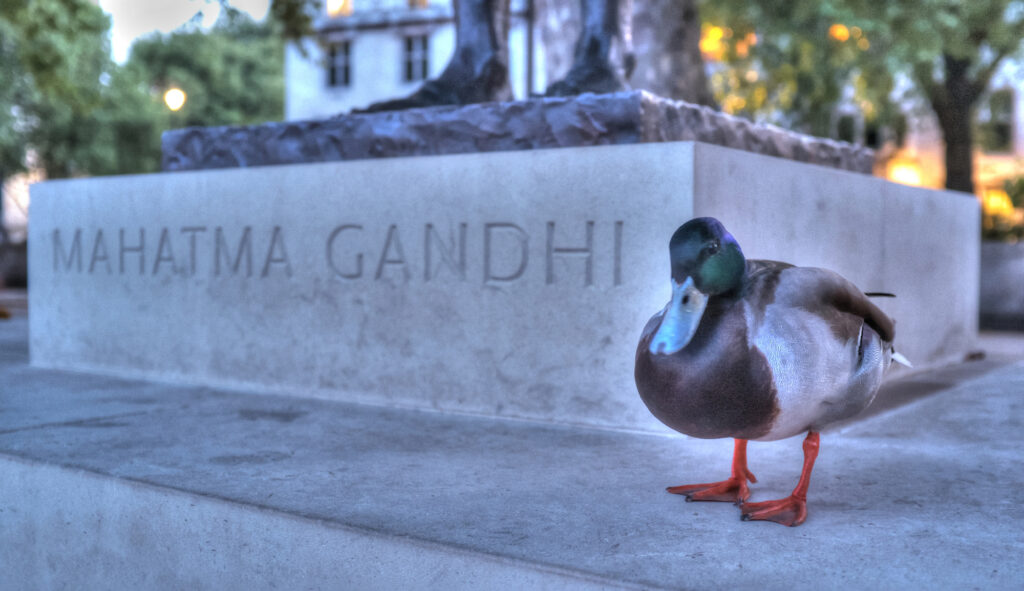 I owned the original X100, back in 2011. It’s amazing—and yet not—to see someone still shooting one. The camera is a classic. Granted, the duck portrait is nearly two years old (May 2, 2018), but Tee still uses the X100 for street shooting—from looking at more recent posts to the Photostream.

Some background, as Tee tells it:

I originally started in photography by building my own darkroom and using the B&W format and with an interest in photojournalism; one of my photographs made the front page of a local newspaper some years ago. After a number of years away from my hobby, I returned in 2014 with an interest in landscape photography and a love of street and urban photography. I have enjoyed street photography in London, Liverpool, Edinburgh, and also: Budapest, Hungary; Paris, France; Chonburi, Thailand; Tel Aviv and Jerusalem, Israel.