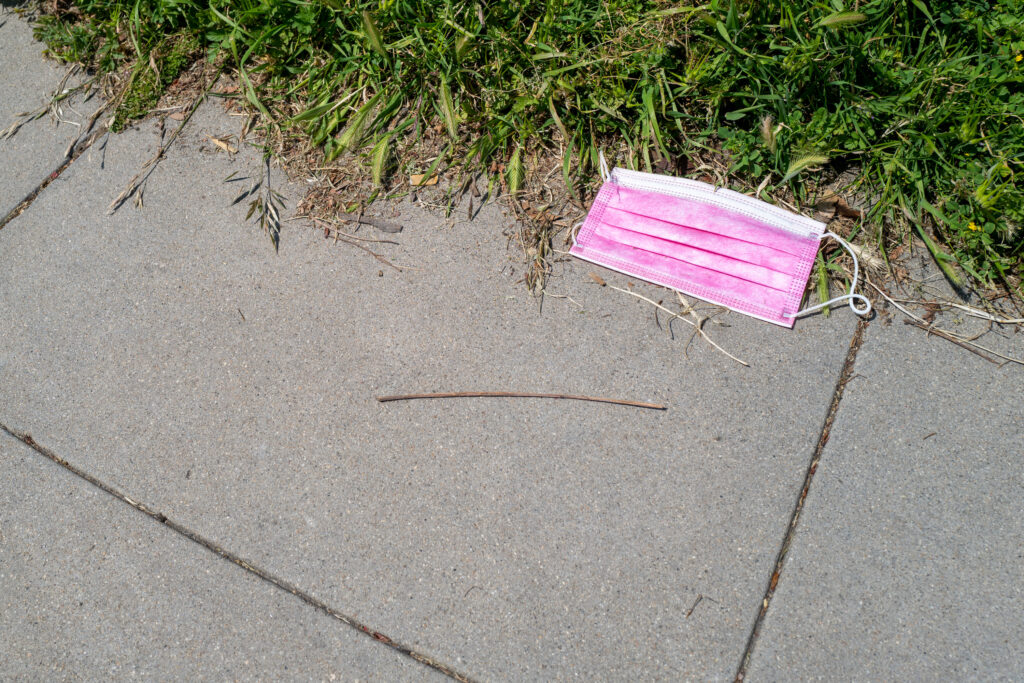 For the second consecutive day, I broke quarantine. Yesterday, my wife and I took a chance drive to Costco Business Center, hoping to grab a few extra bulk items. Each grocery trip risks exposure to SARS-CoV-2 (severe acute respiratory syndrome Coronavirus 2), also known as COVID-19. Luckily, the warehouse was fairly calm, and we were able to purchase most of what we wanted—and items that could be precious should there be prolonged lockdown, or worse, panic in the streets. That was supposed to be the last supply run. Except…

Last night, a discovery: The pet grass that I planted for the cats had developed mold, and growing a new batch would take days. So, this morning, I walked 2.3 km (1.4 miles) to Ralph’s supermarket, which sells the same brand: Priscilla’s. Along the way, I counted the number of people passed to see which ones wore a face covering. The results stunned. Fifteen percent, which is a dramatic decrease from a few days ago. What changed?

A week ago, I started seeing more residents covering their faces—everything from surgical or home-made masks to bandanas or scarves. I’d guess that as recently as three days past, 60 percent to 80 percent of people encountered on the street wore something. Bikers and runners were the consistent exceptions. This fine Saturday brought lots of sunshine, following 48 hours of heavy rains and flooding, and something unexpected: Fewer people protecting themselves from potential infection.

I live in the San Diego neighborhood of University Heights. The grocery store is in adjacent Hillcrest, across the Vermont Street Bridge. Along the way, I passed 58 people whose faces that I could see. Eight wore some kind of covering, and a ninth had a mask pulled down below his chin. Among the others, three were children and one of the adults was a mailman. Across the bridge, where there also is a Trader Joe’s and several eateries, nearly everyone wore something. Counting would have been pointless.

Walking back to our apartment, I also passed 58 people; nine covered their faces. The count doesn’t include two Pop Pie workers, who wore masks and are required to do so under the County’s pandemic decrees. They loaded food into a truck for delivery.

Whenever going outside, my wife and I each wear (and rewear) a surgical mask, from a set of three she received when her dad underwent a medical procedure. He passed away in January 2017, so they have been tucked away for some time. We’re lucky to have them. What I wonder: The change! Why did so many people cover their faces before and so few do so now?

Is it a symptom of folks feeling too much “shelter-in-place” confinement? Did the sunny day cause people to default to old habits, because that feels better? Is there simply sense among the many that sickness happens to a few? Because as the saying goes: It isn’t real until it happens to me; that the bad thing is going to happen to somebody else. Is there something I missed on the news or social networks that tells everyone not to worry? For example, I wonder about the recent report, asserting that Novel Coronavirus already swept California and herd immunity has been achieved. (Who wouldn’t want that to be true? But just because you believe it doesn’t make it so.)

California has unofficially revised its estimated Novel Coronavirus peak from this week to mid-May—in part because measures to “flatten the curve” (e.g. contagion’s spread) are working. Could it be the longer time that measures are effective, and thus home-bound residents don’t firsthand see predicted health disaster, the more likely locals are to be laissez-faire and reckless?

This afternoon, Annie and I twice walked about, and we observed about the same percentage of people protecting themselves as I saw earlier; not many. We will continue to wear masks when going outdoors, mainly for exercise. But the day quickly approaches when we will have no other choice but to stay inside our apartment. Reason isn’t rocket science. Community Coronavirus spread surely will follow the typical pandemic exponential growth curve. Consider, as example, the entire country. The number of SARS-CoV-2 deaths doubled from about 10,000 to more than 20,000 in five days. That means 40,000 in another five, unless intervention-tactics succeed.

According to the Center for Systems Science and Engineering at Johns Hopkins University, on the evening on March 26, 2020, there were 85,653 US Coronavirus cases and 365 New York City deaths caused by the virus. Fast-forward until tonight: 529,951 identified infections nationwide; 6,367 dead in NYC. Growth of both numbers, over 16 days, is staggering. As I write, there are 1,761 cases in San Diego; 45 people have died. Los Angeles: 8,889 confirmed; 267 dead. Soon, the numbers will explode.

My fellow San Diegans, that mask, or other covering, belongs on your face, not discarded like the Featured Image. Protect yourself from receiving a massive viral load or expelling one to others. Complacency can kill you. Don’t let it.

Update, April 12: Someone from Kensington, which is in the same zip code, posted to Nextdoor today: “I love watching the neighbors out walking their dogs and kids. Everyone seemed to be wearing a mask, until yesterday. Now I haven’t seen anyone wearing them (Except a couple). Did COVID-19 end???” Eh, no.