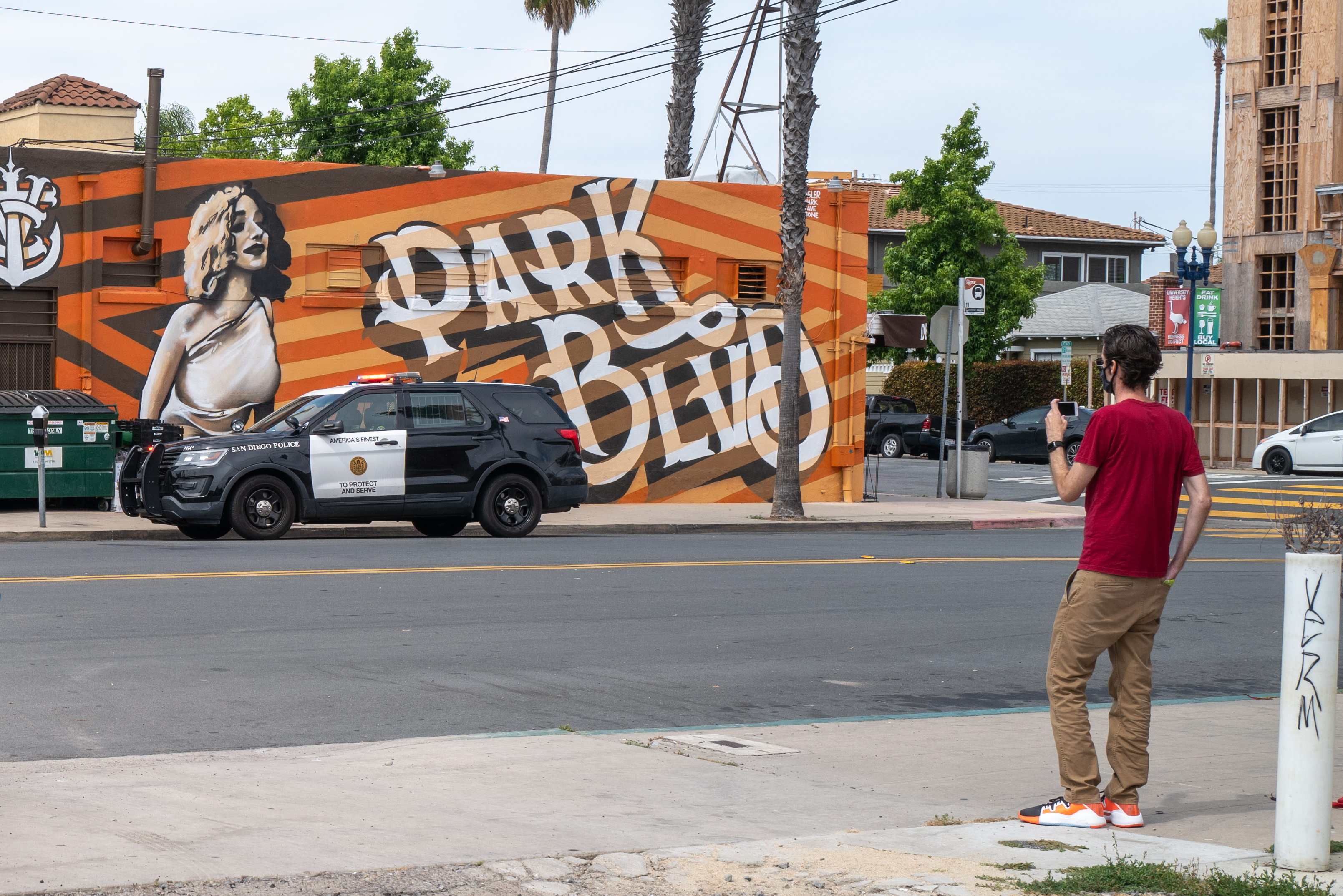 I hope that for him its a lesson learned about the watcher being watched. When out with my camera, I always assume that surveillance follows me. Security cams outside apartments and houses are everywhere in University Heights—and many other SD neighborhoods. Then there are the folks with Android or iOS phones capable of shooting high-quality photos and video. Privacy is a myth, and that’s something folks forget applies to them. They post publicly on social networks or, like this fellow in the Featured Image, stand surveilling cops without comprehending he, too, could be monitored.