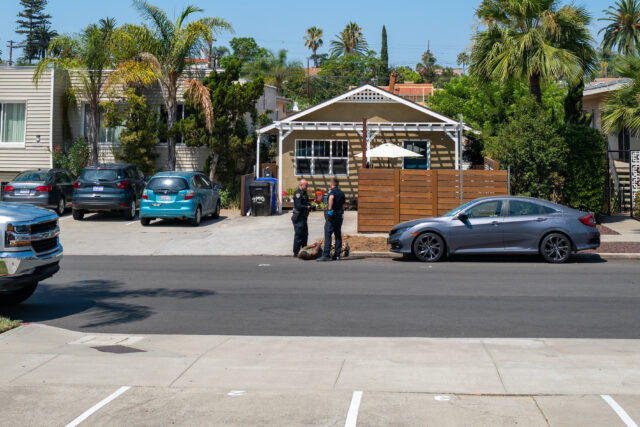 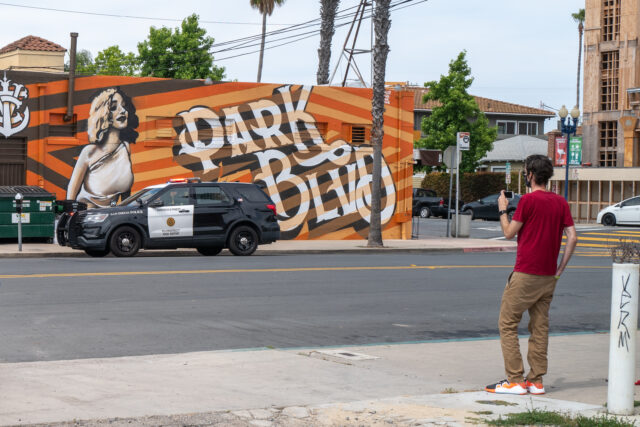 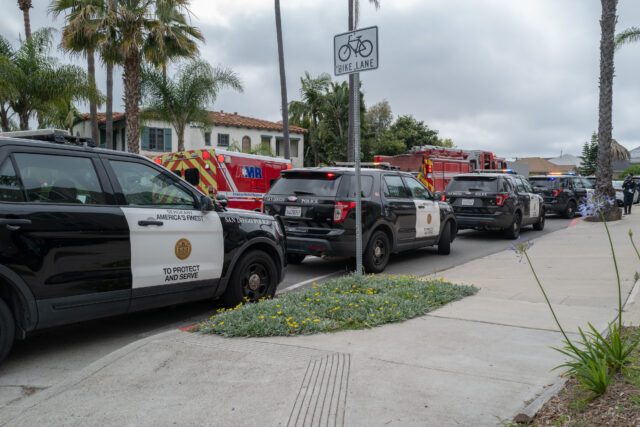 The overflowing mailboxes outside the US Post Office in Hillcrest seemed afternoon walk-reward enough until I came upon the ruckus along Cleveland Ave. between Tyler and Van Buren, which are in University Heights. As I approached from Washington Street, my eyes couldn’t reconcile a black mass moving amoeba-like on the sidewalk nearly two blocks ahead. Closing in, a line of parked cop cars hinted to what could only be a rather large number of San Diego police officers.

Residents looked on from the sidewalk, apartment stairs, and balconies at the commotion. As one gent exited his building, I ask if he knew what happened. “A murder”, he said, “in one of the apartments”. He pointed up the street. Yikes! But further along, I observed a policeman talking to another neighbor. I asked him the same question. Someone attacked one of the officers. Possibly a homeless person, he speculated. 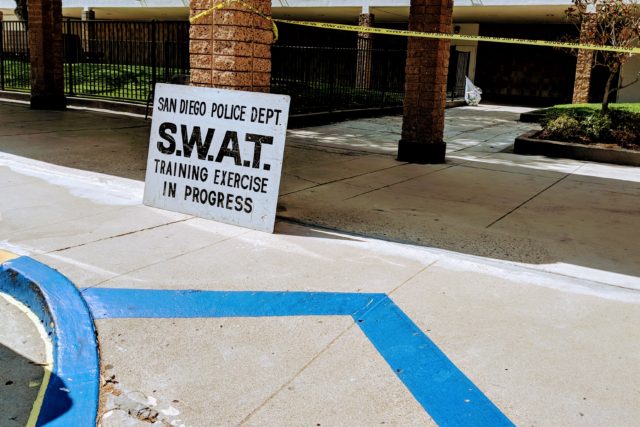 Today’s Westfield Mission Valley visit offered up something even more surprising than seeing our first FlixBus. My wife suggested walking around the perimeter of the empty store where once was Macy’s—so we could be more in shade than sun. But turning from the parking lot side back towards the mall proper, we encountered police tape blocking off the area in shadows. Then we came upon the sign that is the Featured Image.

Think of all that empty square-footage an anchor department store leaves behind for SWAT to do God knows what—and he ain’t telling me—to prepare for incidents involving terrorists, Twitter rumormongers, or Trump-haters (of which there are too many in San Diego). Perhaps the police practiced hostage negotiation and rescue tactics. But all seemed quiet when Anne and I meandered by. Do you remember Occupy Wall Street—or care about the protest? Four years ago today, police dispersed the crowd camped out in New York City’s Zuccotti Park for nearly two months. David Shankbone captured the moment in […] 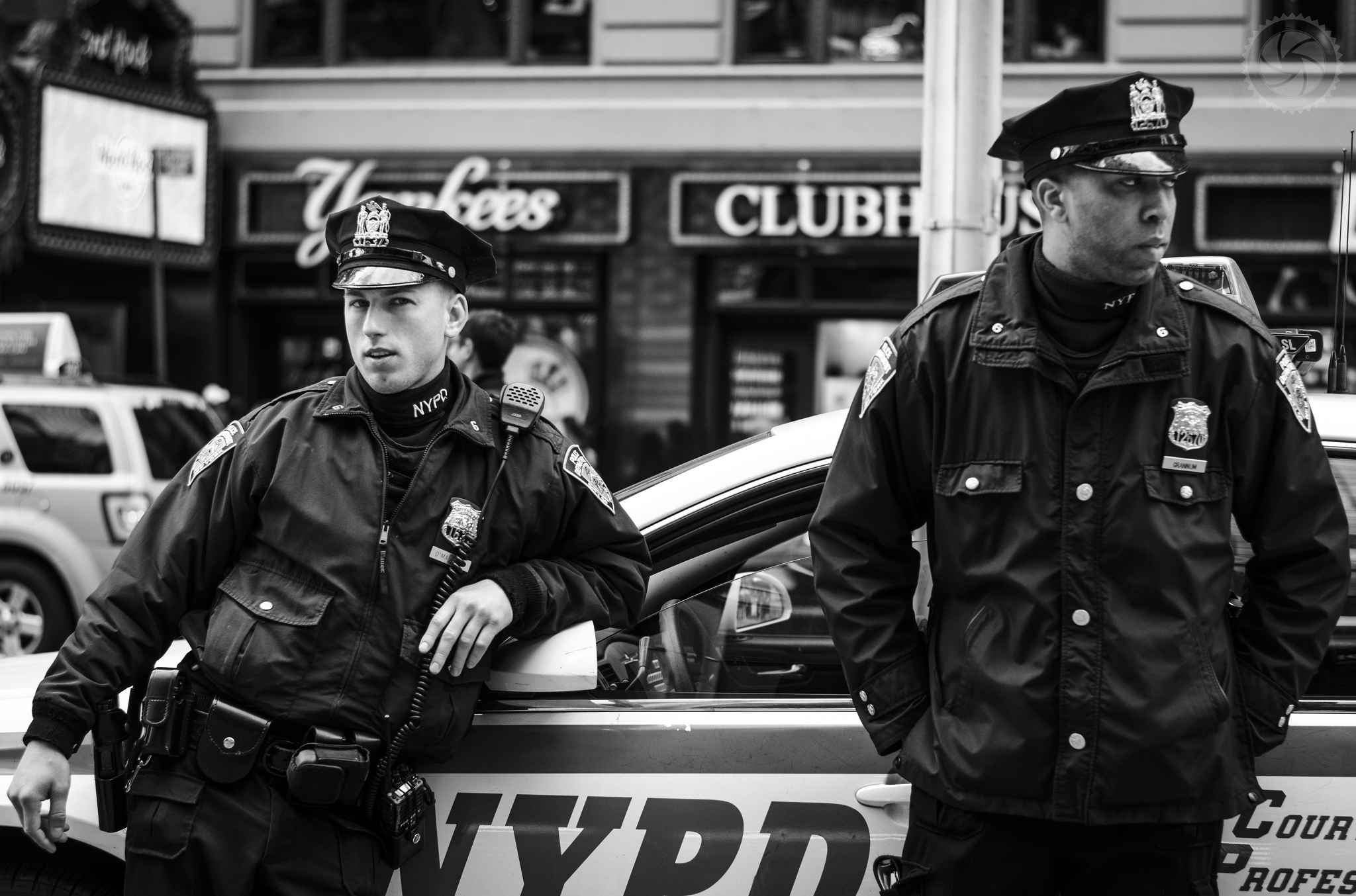 Some photos demand attention for the perplexity they present. “What the frak?” is my question looking at pose and police. I want to know the context, the backstory, and there may be none other than […] What introduction is appropriate for someone with about 150,000 images posted to Flickr? None. Choosing anything from such vast collection is an overwhelming task, so I let the photographer’s preferred storytelling style guide me. Elvert Barnes describes himself “as […]