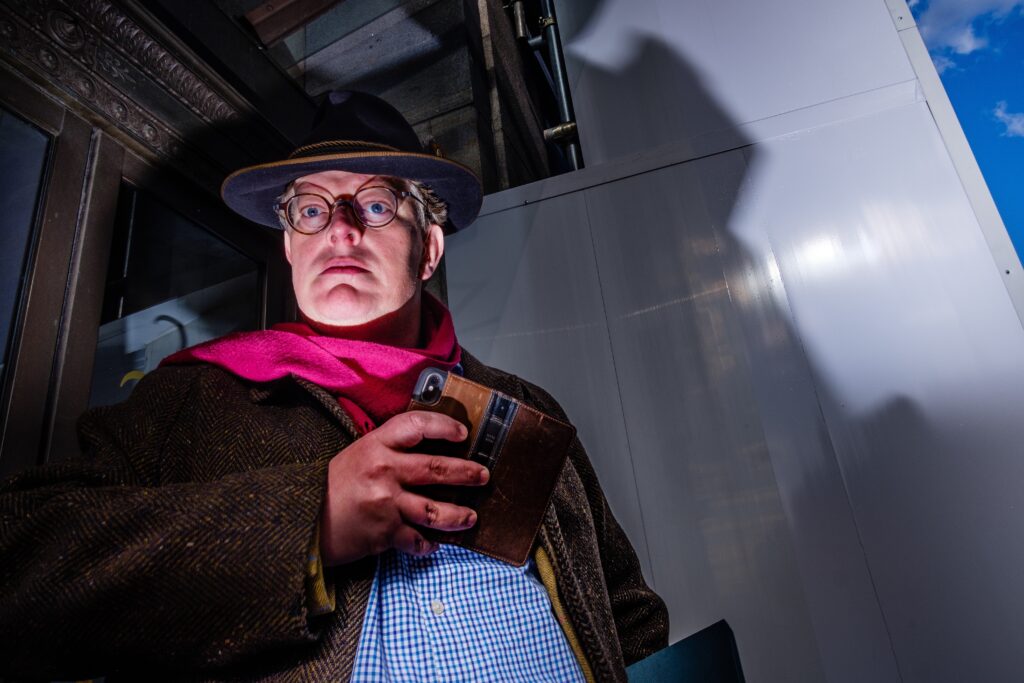 We greet mid-month with startling self-titled “Oxford Street, 2019“, which Sam Rodgers captured on September 8 using Fujifilm X-Pro2 and Fujinon XF16mmF2.8 R WR lens. Vitals: f/11, ISO 200, 1/500 sec, 16mm. The portrait is evocative of Sam’s street shooting style—getting down low to the subject. Before moving to San Diego, I often would lay on the pavement or sidewalk with my camera for more interesting perspective. But Californians love their dogs and let them defecate and pee everywhere; rain is too infrequent to naturally clean away the crap. So I stay on my feet.

Sam shows how changing angle and viewpoint can create character from what otherwise would be a mundane moment. He also gets in close to people, shooting wide open, and his portraits tend to be more dramatic—and clever—as a result.

“I went through an economy-class mid-life crisis”, Sam says, “and bought myself a good camera in lieu of the usual sports car and toupee”. What a good choice. He joined Flickr in September 2016.