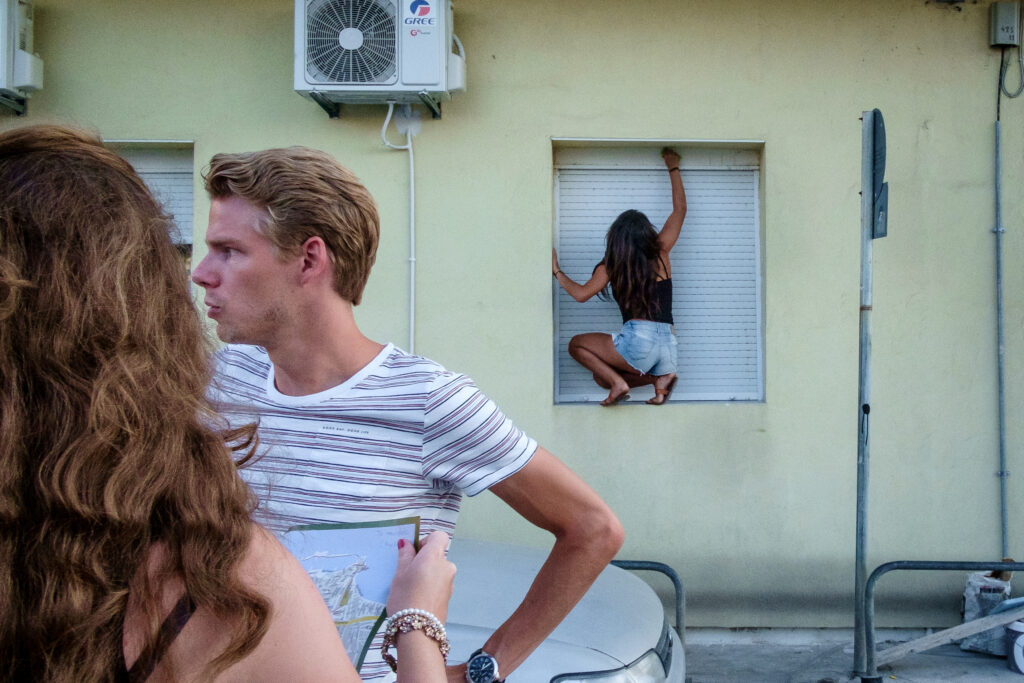 Self-titled “Window” isn’t the best street shot in the Photostream of Spyros Papaspyropoulos, but it’s the one that caught my eye and that appropriately defines his style: People, or things, that fit oddly together. His composition technique is brash and intimate—as if he were invisible and thus able to get close in to capture candid, raw, unfiltered moments.

He used Fujifilm X-Pro1 and Fujinon XF18mmF2 R lens for the portrait “snapped in Chania, Crete, Greece” on Aug. 8, 2018. Vitals: f/11, ISO 1600, 1/250 sec, 18mm. The image takes the Sunday spot for candor, character, color, composition, and creamy grain that adds film-like quality. From Athens, but living in Rethymno, Spyros joined Flickr in May 2008. He also is cofounder of Street Hunters—where you should go to see more of his work and that of his companion photographers.

Coincidentally, Spyros appeared in my 2015 series with “Sitting on a Bench“.