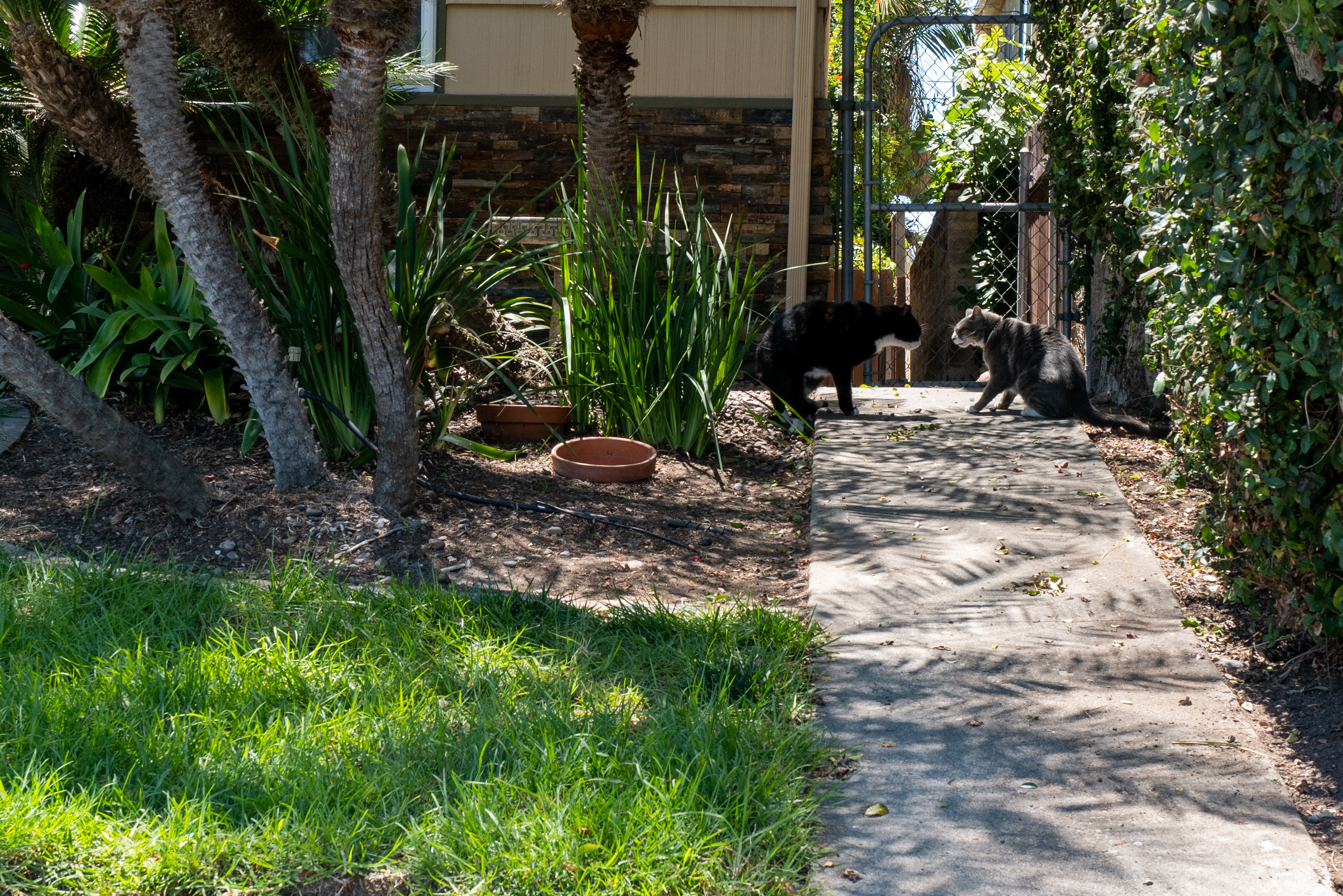 Temperature rose to 25 degrees Celsius (77 F) today in San Diego. As we walked about during early afternoon, I suggested going along Louisiana and perhaps sighting some kitties lounging about. My wife smartly observed that any sensible animal would be sleeping during the heat of the day. But as we crossed Mission moving towards Monroe, cries of something stirred our eardrums. “Are those babies?” Annie asked. Nope. They were felines fiercely yowling, practically nose to nose.

I immediately recognized the animals: Ash and Bandit, both of which were profiled in my “Cats of University Heights” series. Annie and I were on the opposite side of the street; capturing the Featured Image meant crossing part ways and shooting without disturbing the already disturbed beasts. In the two minutes that we observed, and I photographed, them, the two males maintained a stand off. If their territorial dispute ended in a fight, we didn’t witness it. Vitals, aperture manually set: f/8, ISO 200, 1/125 sec, 28mm; 1:50 p.m. PDT.

The kick-myself moment came on the next block. Why didn’t I grab video, too? I could have used Leica Q2 for that, also, or pulled out iPhone XS. While Ash and Bandit stood still, or mostly so, they each yowled in the manner that does sound something like a baby crying. What great audio! I missed the better opportunity—or additional one.