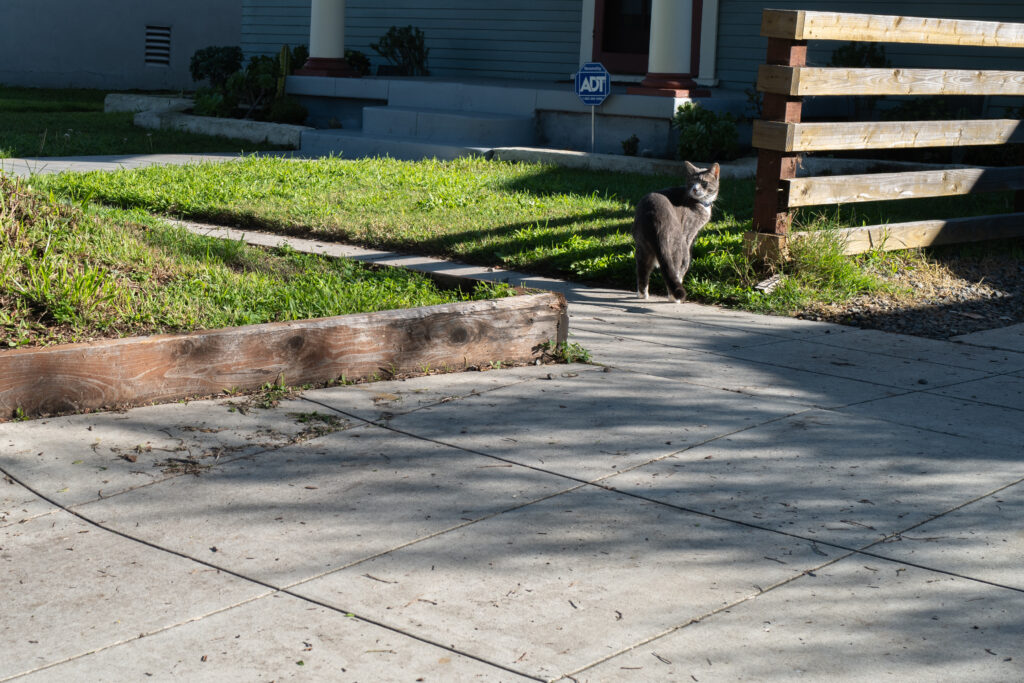 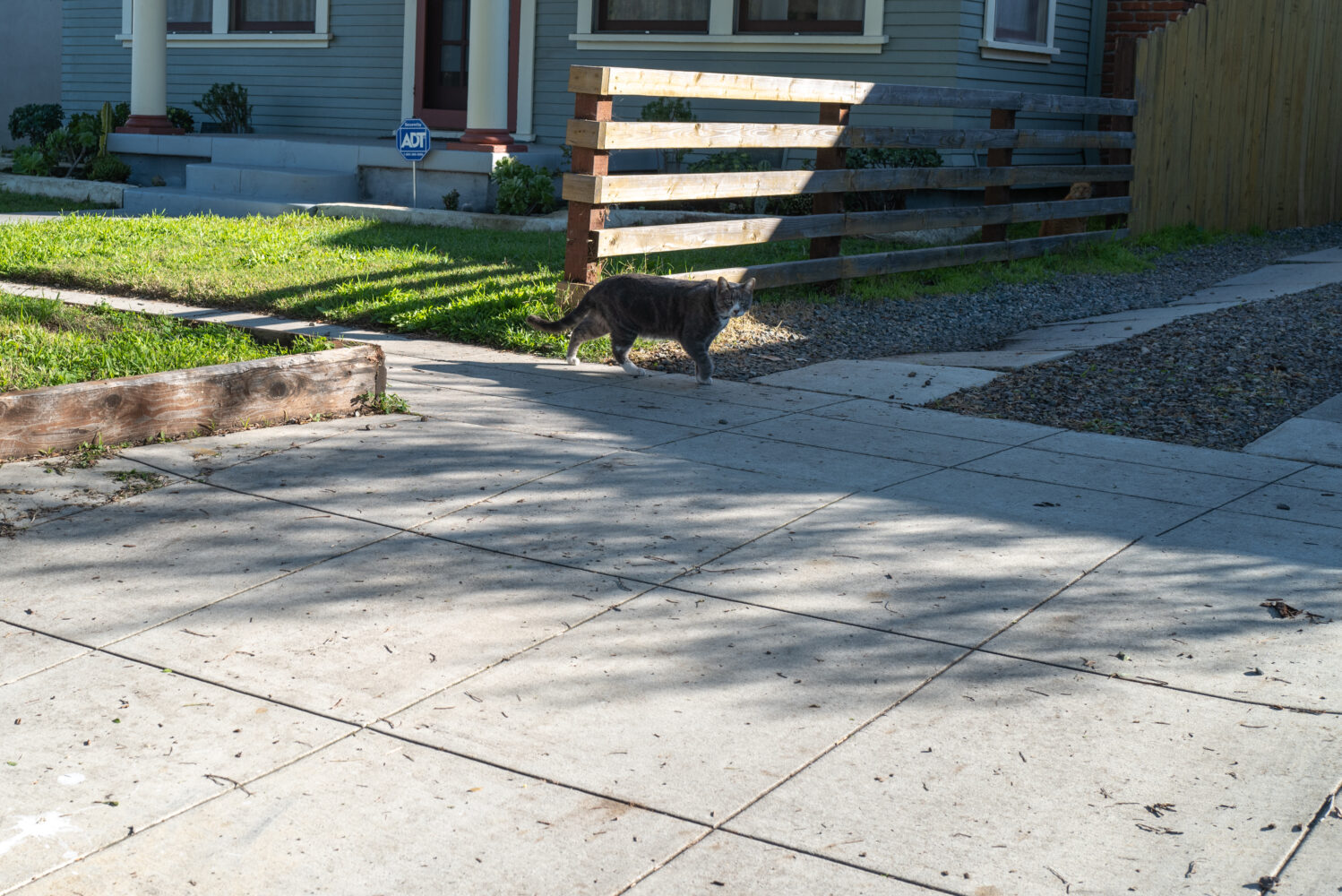 They’re presented in sequence. When I first approached, Ash and Nelson regarded one another along the property fence. My moving in with the camera caused Ash to pull back to the sidewalk, and his head turns towards the street. Vitals, aperture manually set: f/5.6, ISO 100, 1/250 sec, 28mm; 9:23 a.m. PST. 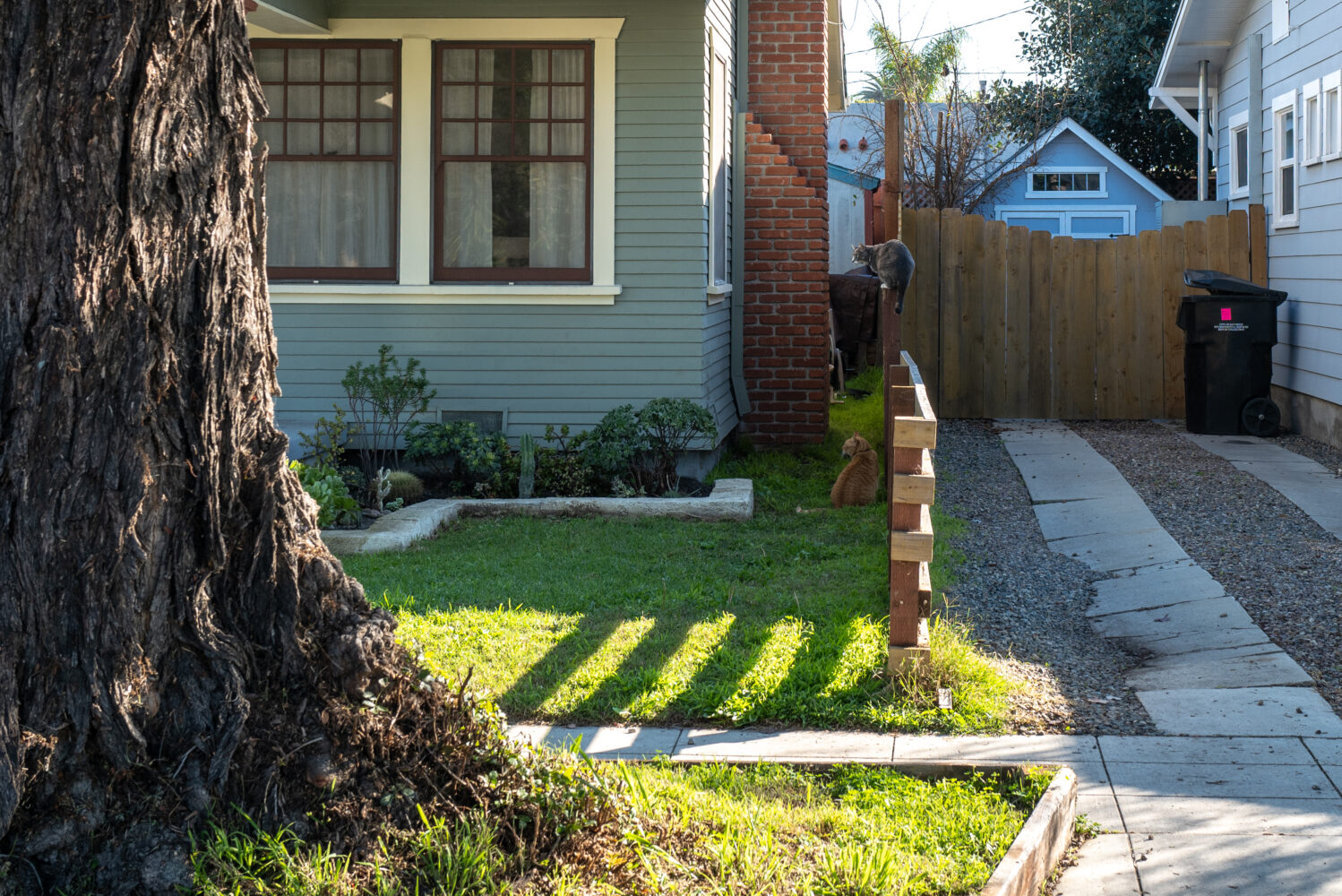 In the second, as he walks across the driveway, Nelson is ever-so visible along the fence line; same vitals. The last, best of the set, needs no explanation other than 1/125 sec, two minutes later.

Ash is the second kitty of that name to appear in the series. We profiled the first, in March 2017, and he is still a neighborhood resident.