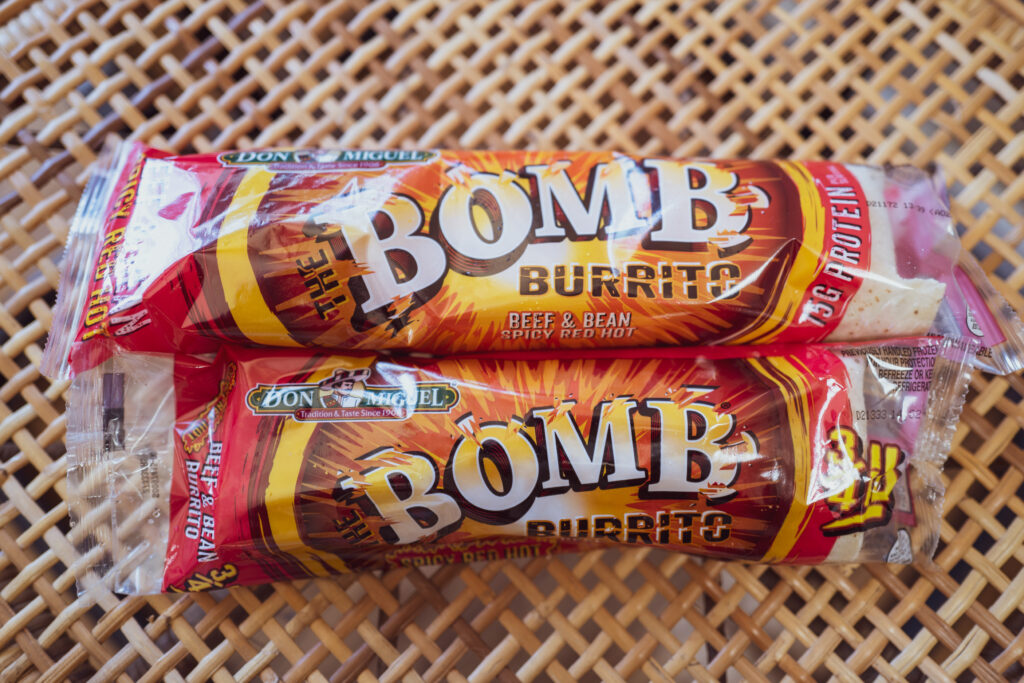 Hidden price increases in smaller sizes are common enough but they’re on the rise in these inflationary times. Wait, is that an oxymoron? Inflation being deflation when consumers pay more because manufacturers sell less ounces per unit?

But there’s more to that 2-ounce deflation. Don Miguel also changed the recipe, which I can attest to from eating experience this evening. The nutritional information on the label reveals some of the impact. There are now 6 sugars per 12-ounce burrito versus two for the 14-ouncer; and, whoa, I feel the effects, too. If not for being excited that The Bomb was in stock, disgruntled at seeing the price increase, and fooled by the same-size box, I might otherwise have taken an extra minute to ensure that nothing has changed. Because I have encountered other products where, whether or not the unit size decreased, the recipe changed—and the nutritional info along with it.

Had I taken an extra 60 seconds to look at the label, the box would have returned to the freezer for some other unlucky buyer. The new recipe doesn’t much appeal to me, making my regret all the greater.

So, remember, check the unit size, nutritional label, and ingredient list—at least the first two. For example, one pasta sauce that we buy is same size and price but the recipe modified to include tomato juice, which increases the grams of sugar. With supply chains still disrupted and manufacturers’ costs of some ingredients increasing, recipe modifications could be more common. Especially watch for more—what Annie and I call—the secret ingredient: sugar.