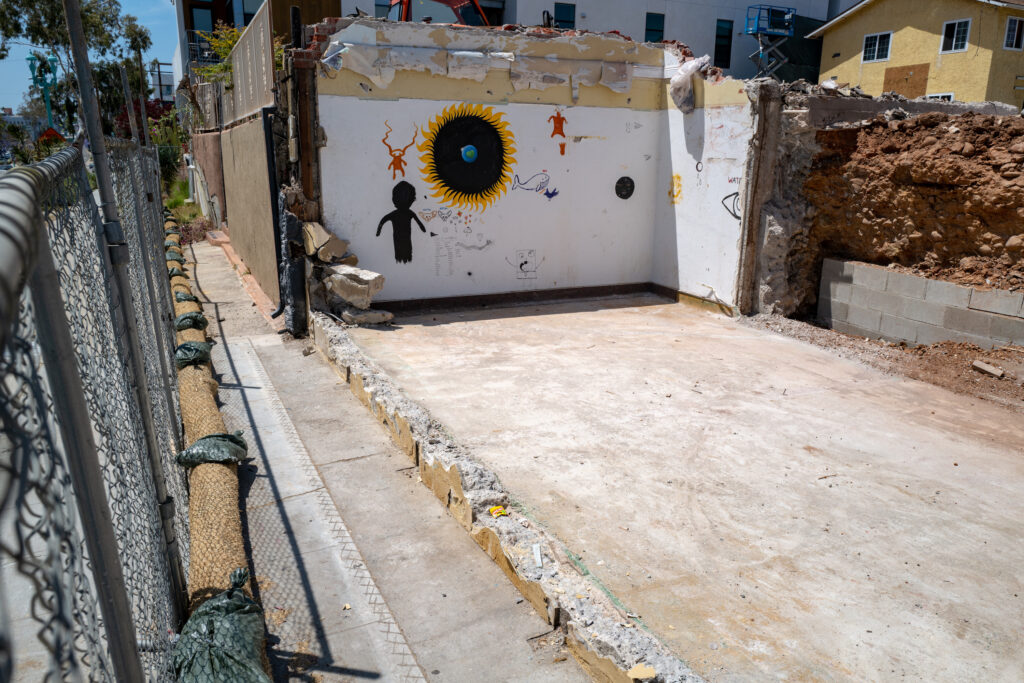 The project at El Cajon Blvd and Louisiana Street is much bigger—and I see similar high-rises, or larger, going up around University Heights, as well as bordering Hillcrest and North Park.

The Craftsman Bungalows on Louisiana near the intersection are demolished—as is the Postal Convenience Center. Midway to Mississippi, along The Boulevard, something surprising remains of another business: Cave of Wonders, which at least relocated after losing its lease; the mail shop closed after 34 years of operation. 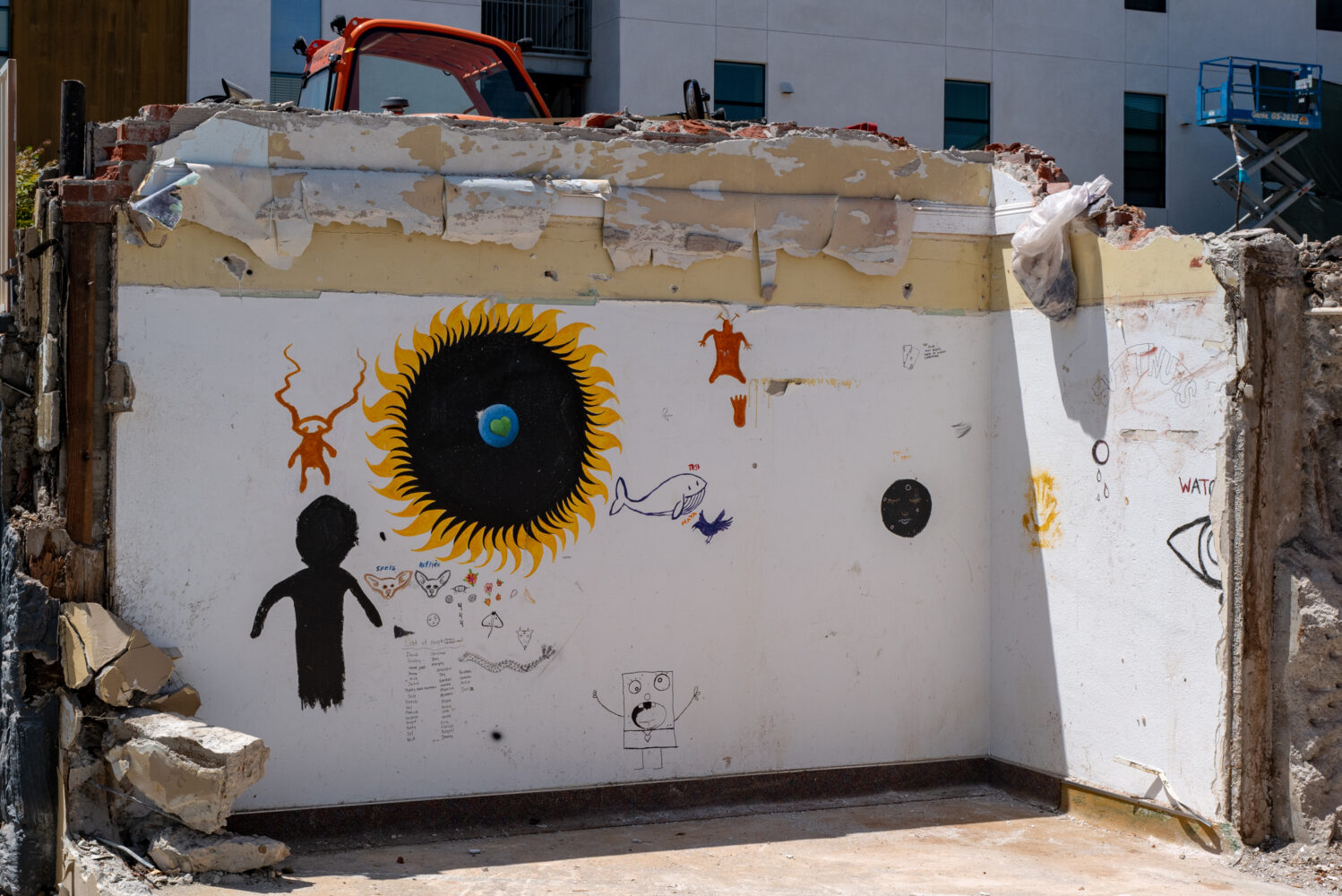 My wife and I had frequently walked by gem-and-crystal speciality store Cave of Wonders, which outdoor paraphernalia added great character and energy to that block of The Boulevard. I never shopped there, but Annie had. We were sorry to see the place go, a few months before Postal Convenience Center.

As we surveyed the demolition site yesterday, our attention turned to a remaining wall with some colorful doodles on the inner side. The Featured Image, which is composed as captured, provides context. I stretched my arms up and held Leica Q2 over the fence—another instance when a fold-out LCD screen would have been useful. Vitals, aperture manually set for all: f/8, ISO 100, 1/640 sec, 28mm; 1:32 p.m. PDT. 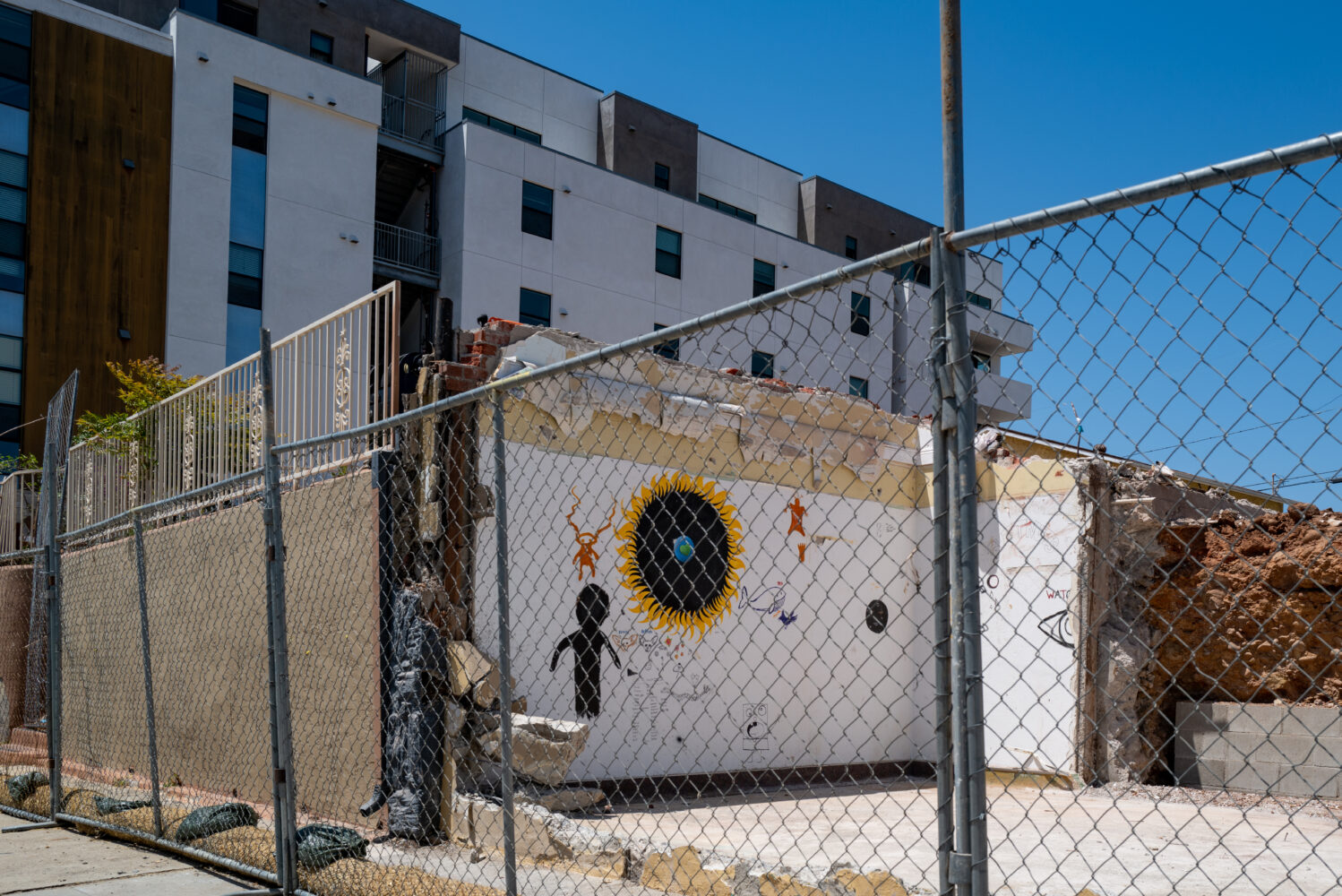 The second shot is a tight crop meant to reveal more detail. Vitals are same except 1/800 sec, one-minute later. The last photo foreshadows the future, for the new building may be on scale similar to the one behind. I used the camera’s manual focus ring to prevent auto-mode from making the foreground fence the focal point. Vitals are same as the first pic but 1/320 sec and 1:34 p.m.