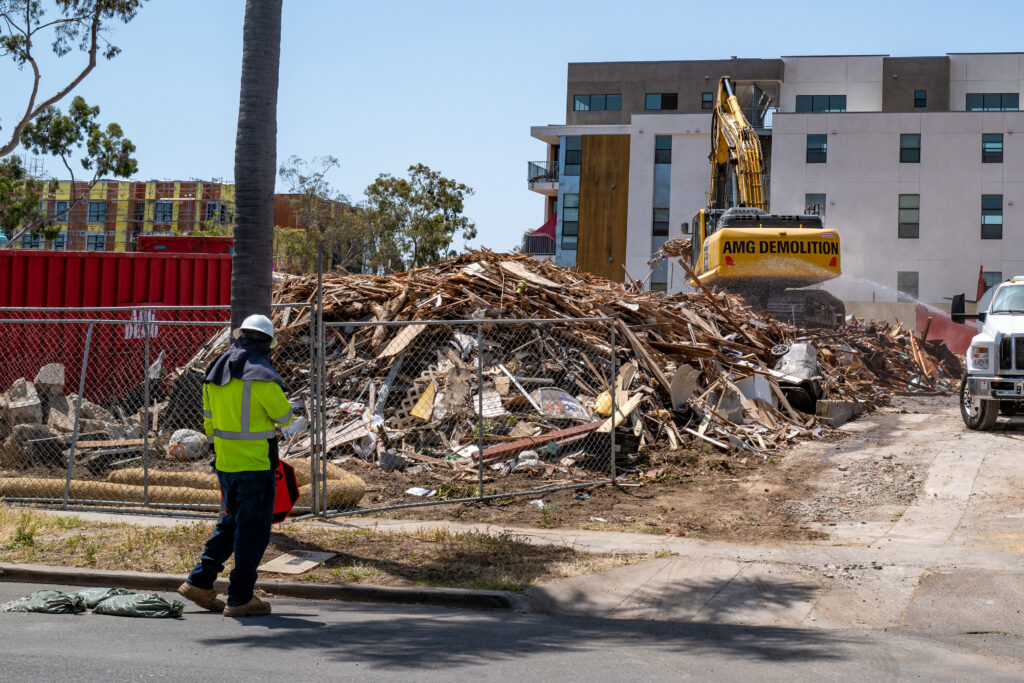 The difference 24 hours make. Yesterday, the abandoned houses still stood along Louisiana Street at El Cajon Blvd. Today, they—and the businesses around the block—are gone. The Featured Image captures something of the devastation. Vitals: f/8, ISO 100, 1/320 sec, 28mm; 1:26 p.m. PDT. This one and the others come from Leica Q2, aperture manually set for all.

My wife and I have known since summer last year what would happen along one of my favorite blocks in San Diego’s University Heights neighborhood. Two cottage complexes, a few modestly-rising apartment buildings, and bunches of single-story houses—with vast swaths of grass and greenery in an area otherwise converting to cement—create calming ambience. The street is, or was, surprisingly serene. Three residential properties on Louisiana and businesses half-way to Mississippi along The Boulevard are gone. 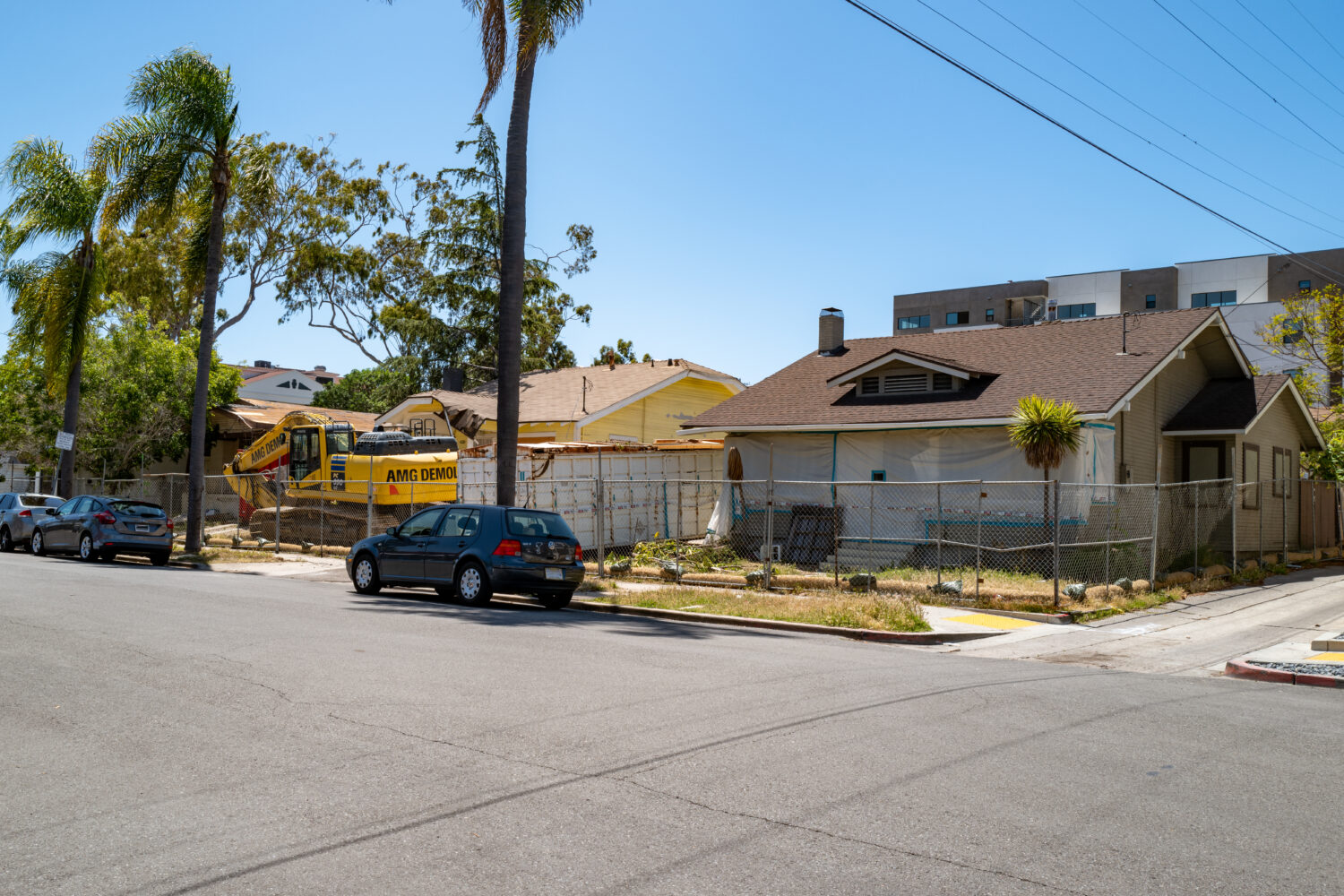 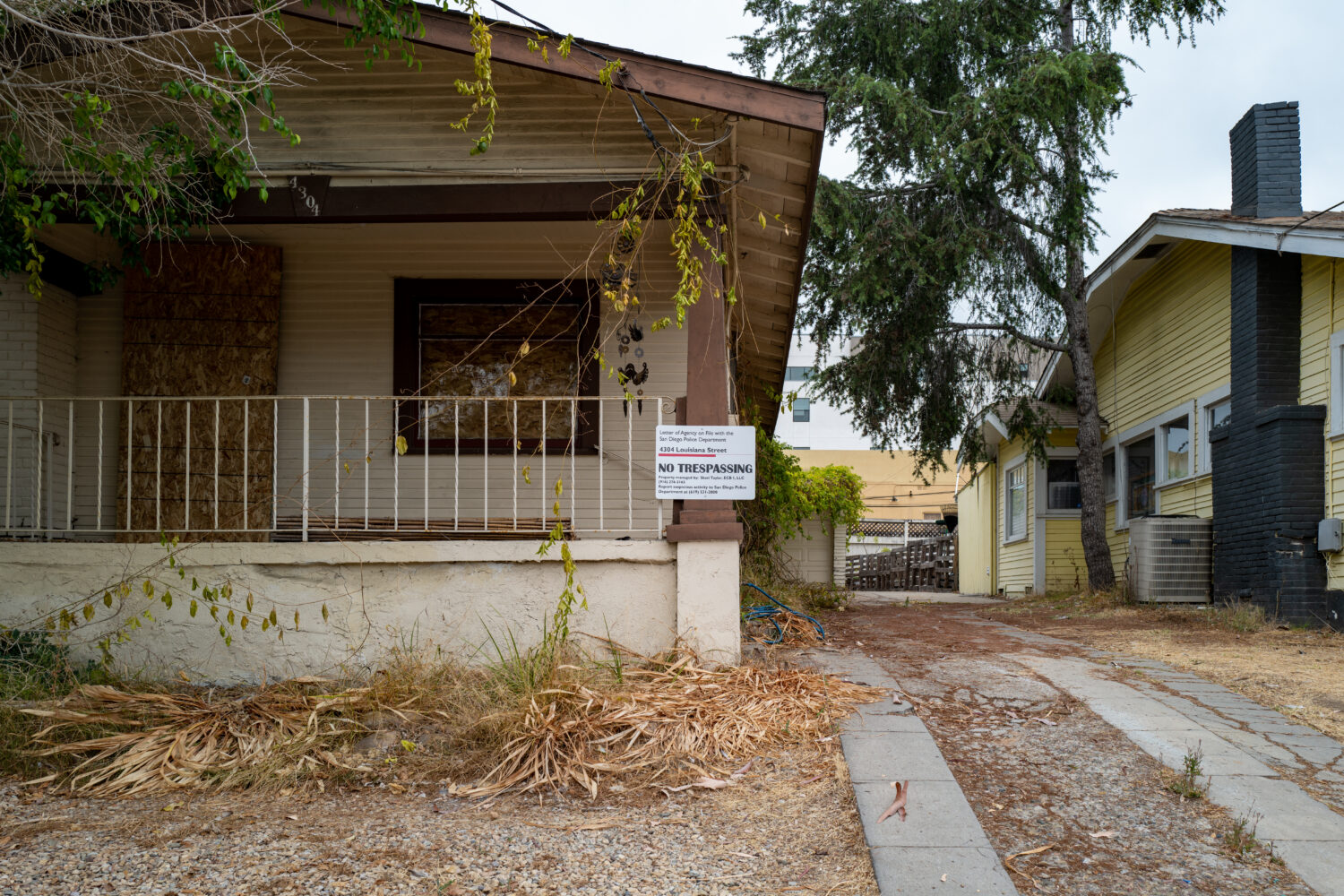 Number three takes us back to July 12, 2021. Vitals: f/5.6, ISO 100, 1/200 sec, 28mm; 10:13 a.m. PDT. Two of the residences already had been vacated, boarded, and posted “No Trespassing”. The house to the right was still occupied, which is why I composed with attention on the sign and lovely porch. The residents suffered enough without an unintentional snoop. 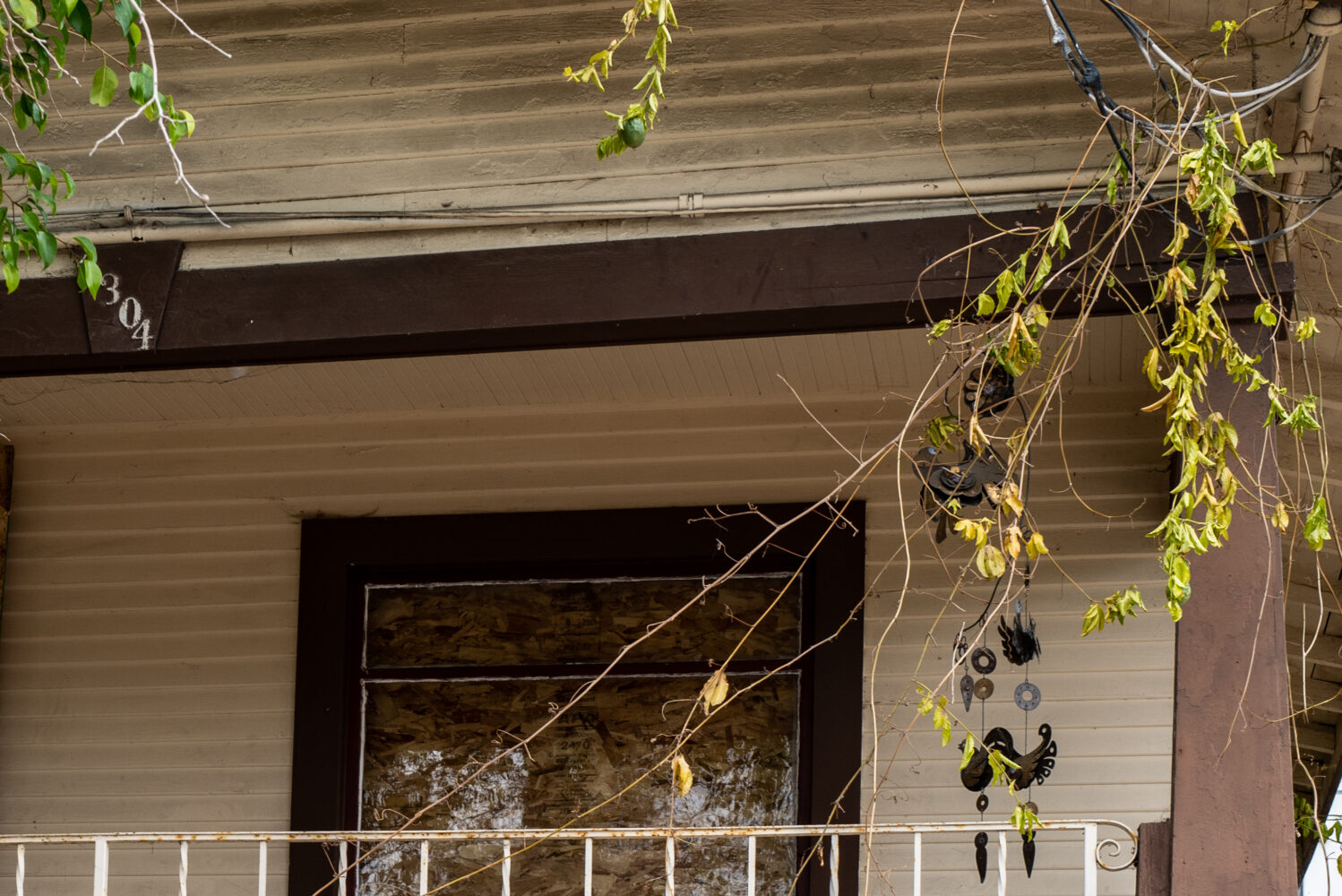 But the tenants of the boarded house departed just a few weeks earlier, leaving behind a metal mobile, which is close-cropped in the fourth photo. Vitals are same but 20 seconds later. Whoa, now I understand! I just made an unexpected connection. Thirteen days later, I photographed the same bird mobile oddly hanging from a tree on Georgia Street. Somebody salvaged it. 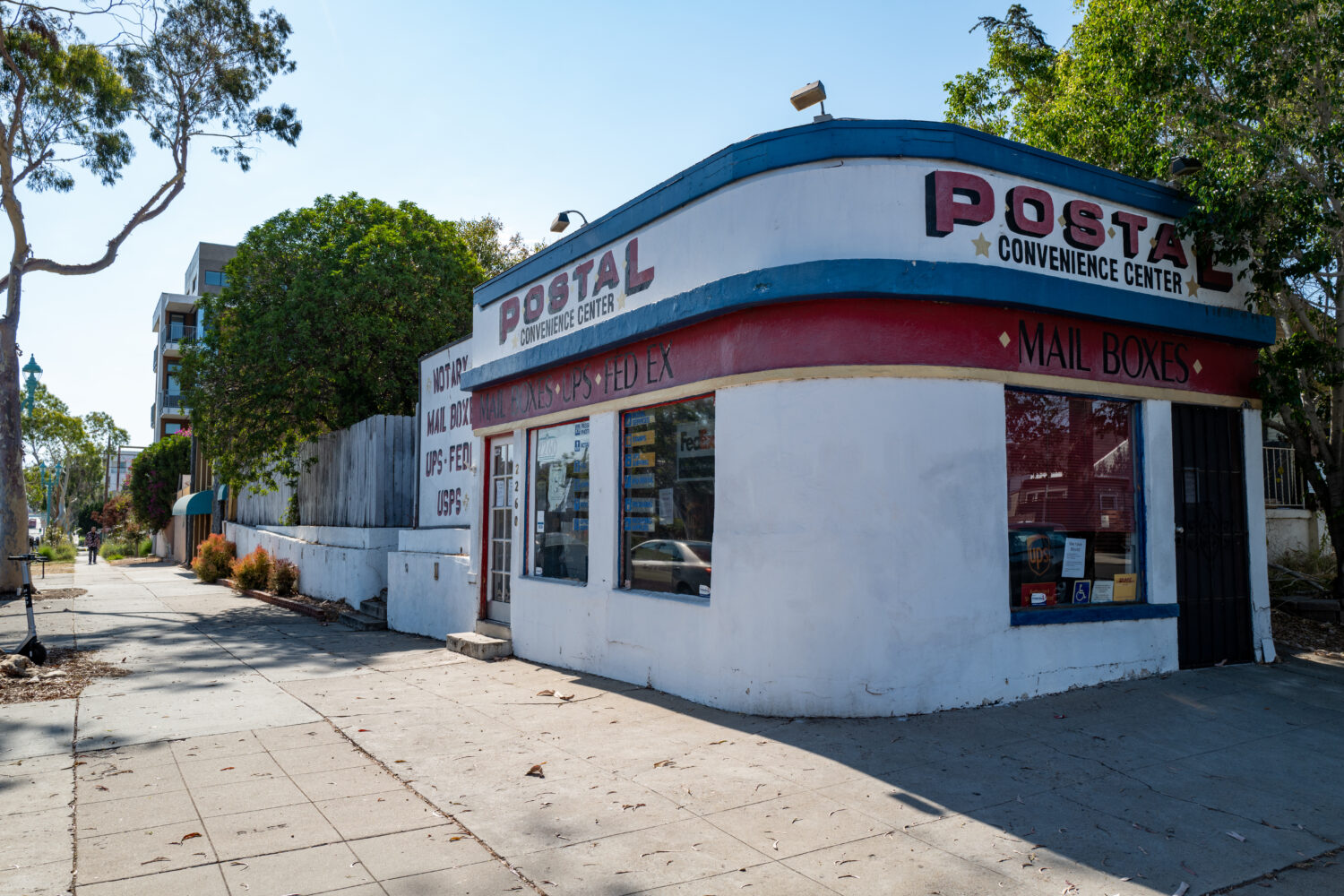 Number five takes us back to the beginning: Postal Convenience Center, which I learned on July 10 had been forced to close after 34 years—by the developers who had bought the corner lot of properties leveled today. Vitals: f/8, ISO 100, 1/160 sec, 28mm; 4:28 p.m.

What monstrosity of concrete and steel will rise where were the Craftsman Bungalows and charmingly unique mail shop? I dread to think. But I know this: The block’s serenity is shattered and will be more so once construction starts.