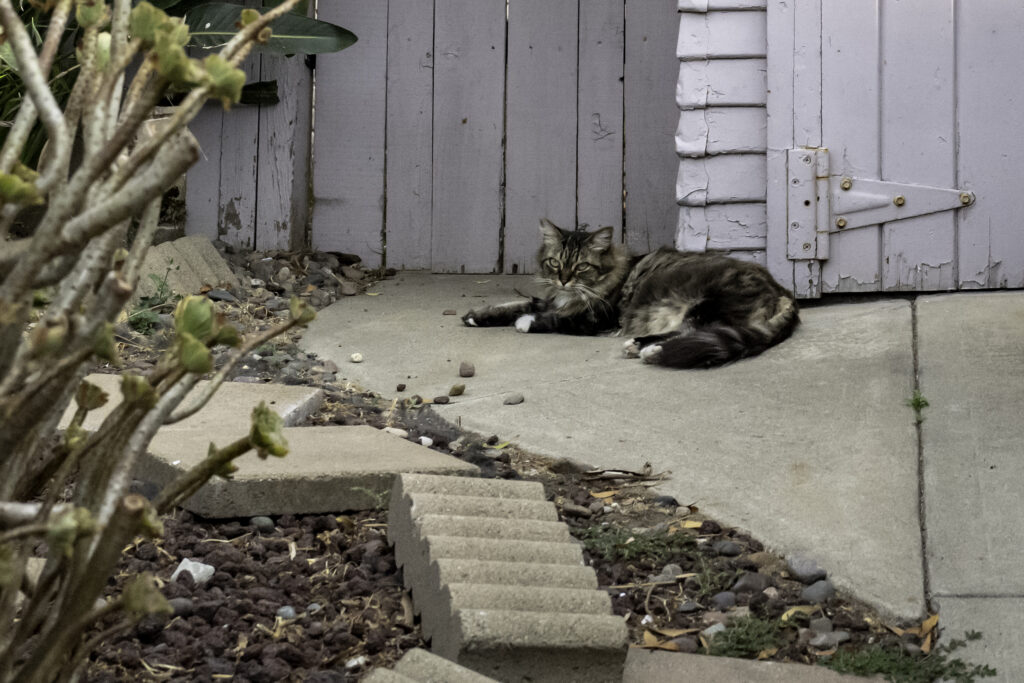 A few days ago, I happened upon the owner of Bruce, Guido, and Little as she walked dog Apple—and two of the tabbies trailed along, as they so often do. She had a frightening tale to tell me. The previous week, someone started to relentlessly pound on her apartment door when she, unfortunately, was showering. She got out of the water quick as she could, all while the banging continued nonstop. The front door opened to an anxious neighbor warning something bad happened to Bruce.

He and Guido had been curled up on the property, towards the back nearby the fence. Some guy walking a dog let it get close to the cats. Suddenly, somewhat unsteady being apparently inebriated, he tripped, which lengthened the leash’s reach—allowing the dog to advance on Bruce, grab him by head and shoulder, and thrash him about the way a canine might one of those stupid plush toys.

The incident happened between 6 p.m. and 7 p.m. PDT, which was lucky for the cat. Many people milled about: some went outside in the cool relief from an otherwise muggy day; others returned home from work; and a few were on their way out for the evening—as was the nicely dressed neighbor who rescued Bruce.

As I understand, she immediately rushed to the dog, whacked it, and pried open its jaws to free beloved Bruce. She also scolded the drunk, whose residence she later went with her husband. She demanded the mutt’s papers and apology for Bruce’s mom. Supposedly, he instead threatened a lawsuit for having fallen down on her property. 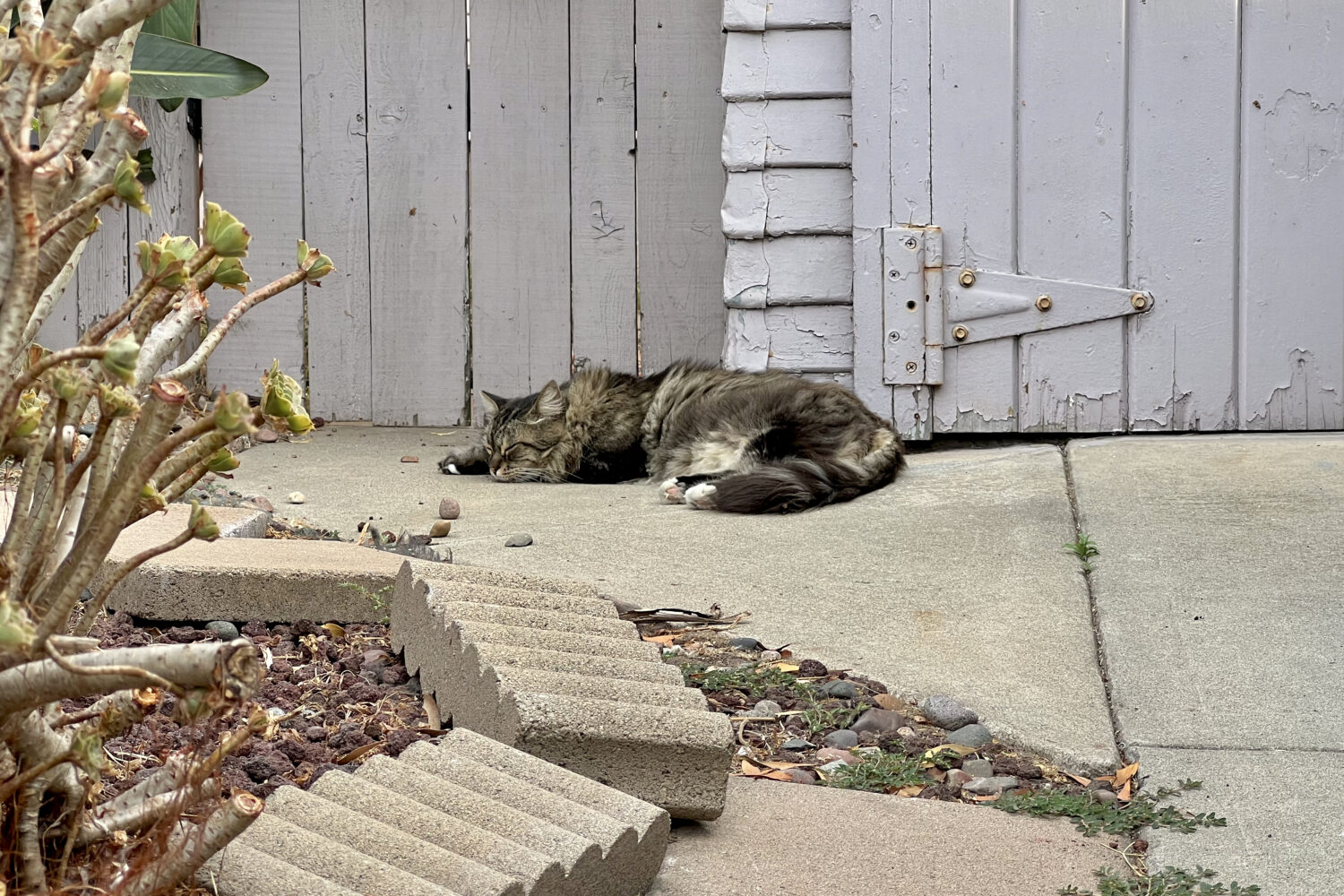 Meanwhile, a small group of witnesses met the injured tabby’s owner. Among them: The nearby pet groomer, who warned that the attack was vicious and Bruce might not survive. But he did—or this post would have a different title. His mom found him hiding some distance away.

His head and shoulder were “soaked”, she told me, adding that many of his claws were nubbed or missing. “He fought hard”, she said proudly. A long patch of fur had ripped away behind his neck. After recovering her pet, she couldn’t guess how bad really were his injuries or even if he would live. (What about shock?) She carried him inside the apartment and shut him in a bedroom for two hours; recovery time.

She marveled at how Apple and Guido understood something bad happened. They parked before the closed door, waiting until she opened it. For the next three days, Bruce uncharacteristically stayed inside. Post-attack, he is more cautious, which I noticed even before she told her story. Beforehand, I saw the cat shying away whenever anyone walked by with a dog. That’s changed behavior.

Guido suddenly is protective of Bruce, in unmistakable manner—particularly on the walks with Apple. That ends a nearly tragic tale for this fine Caturday.

Yesterday, I used Leica Q2 to captured the Featured Image—and what a disaster. I didn’t discover until this evening that the shutter speed dial had twisted, leading to a noisy photo requiring some smoothing in post-production. Vitals, aperture manually set: f/5.6, ISO 3200, 1/2000 sec, 28mm; 5:59 p.m. PDT.