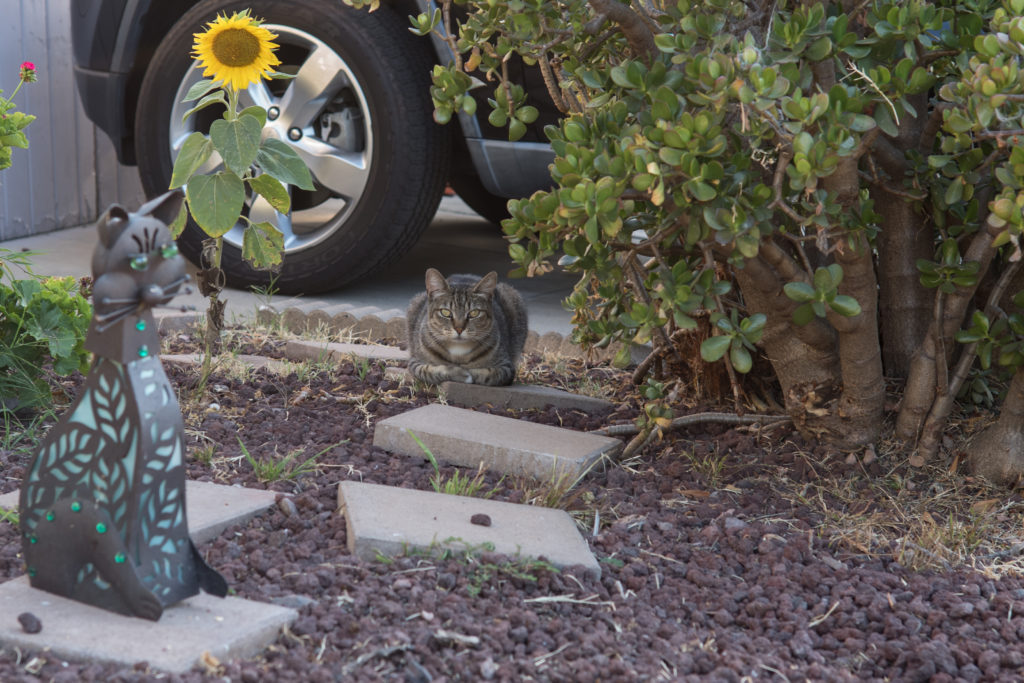 My wife called it a “tiger cat convention”—three beasties from the same household gathered around the front yard. We had never seen such a sight, and the owner later told me that it was a rare occurrence.

Little, who is shy compared to companions Bruce and Guido, is reasonably reluctant. At about two weeks old, he pushed through a neighbor’s fence to escape several dogs. That gent didn’t know what to do with the kitten; Guido’s mom stepped in, even feeding the furry tyke from a bottle those first days in her care. 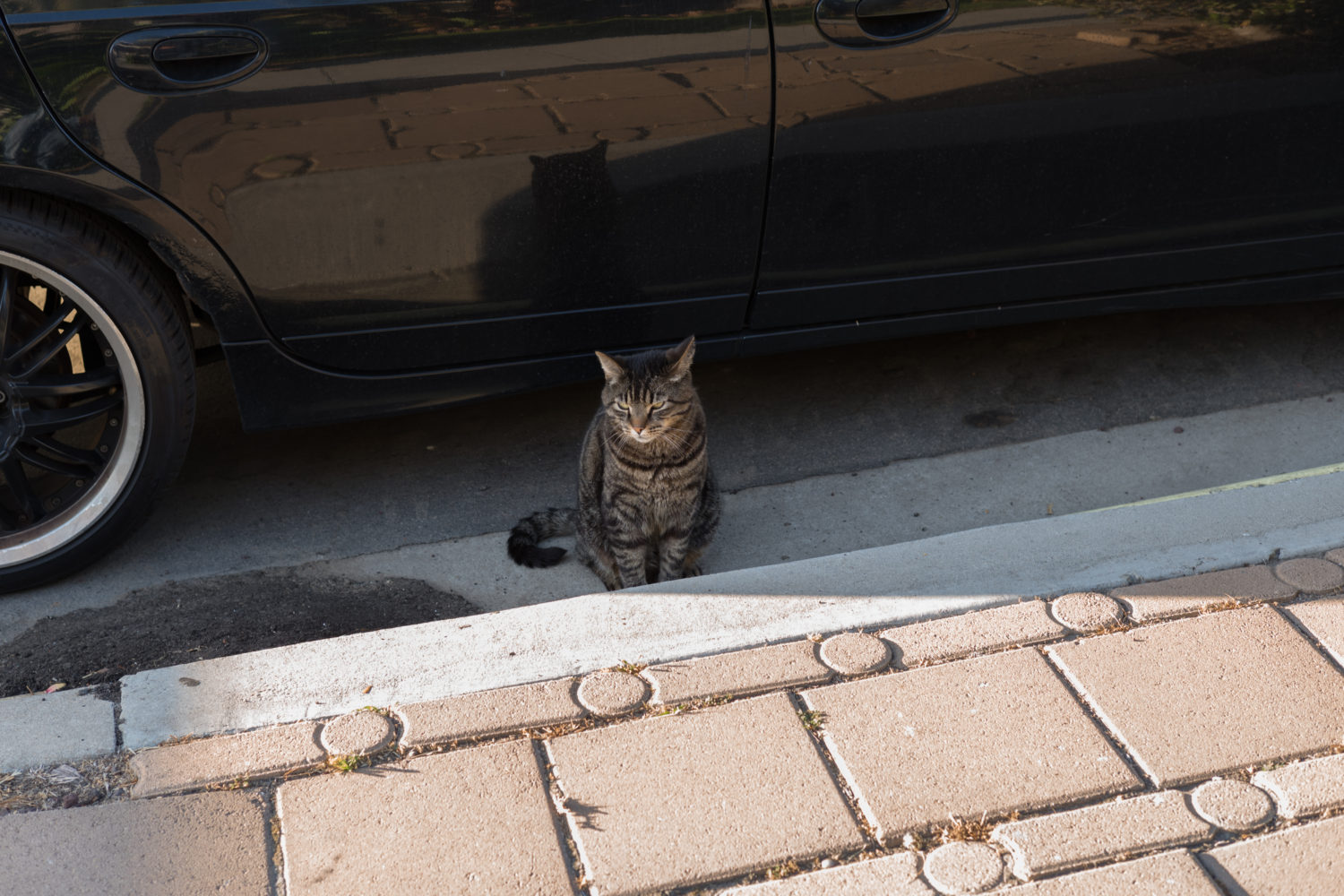 About seven months separates her finding Bruce from adopting Little, but despite different ages they bonded quickly and closely. So much so that when taking them to the vet, she asked for a blood test that would confirm the pair are brothers—granted from different litters. 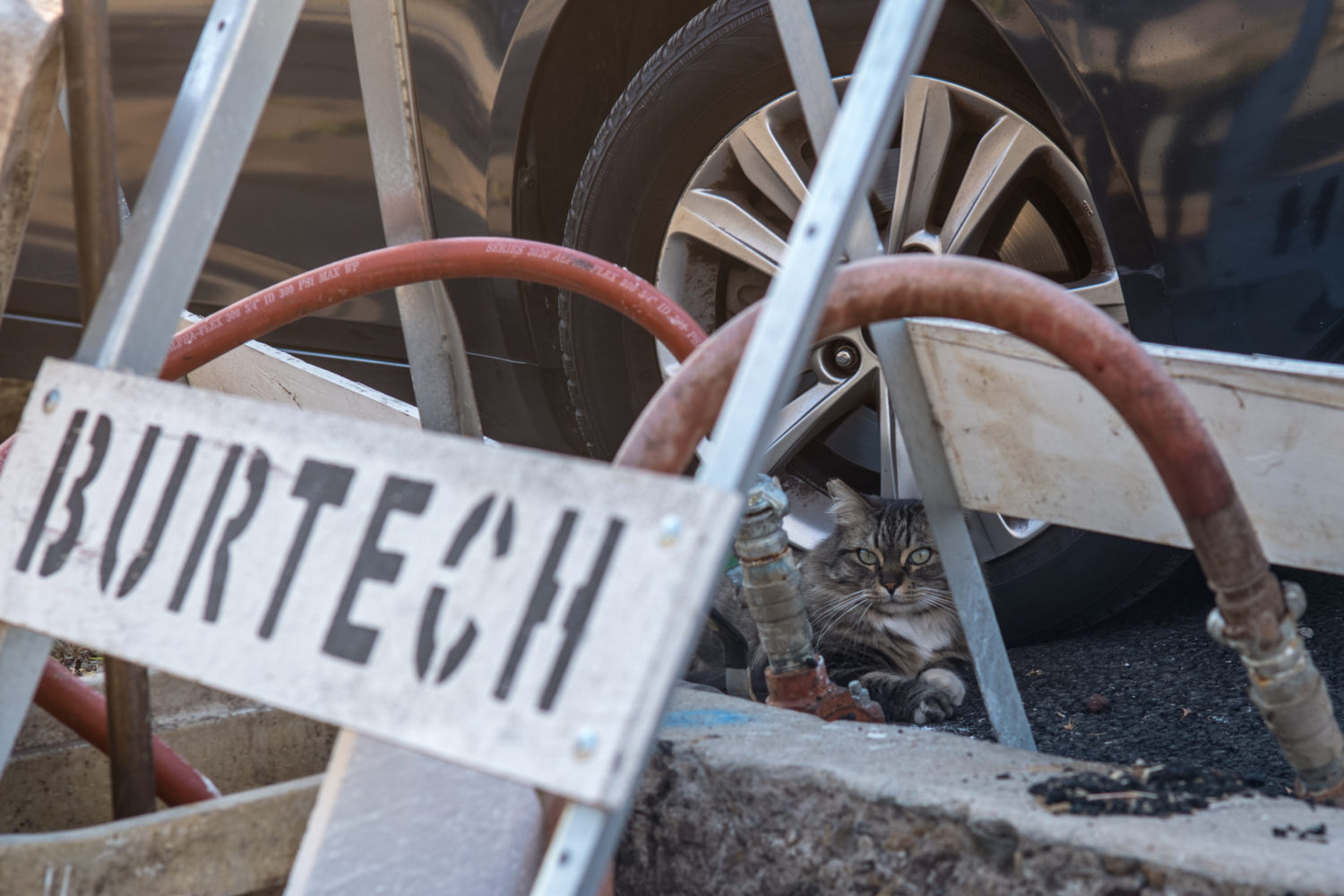 The two other photos are encore performances by Guido and Bruce, respectively. Vitals are identical for one and 1/90 sec shutter speed for the other. The Burtech Brigade is still at work, right in front of the three tiger tabby’s home on Monroe. They will leave someday, Bruce.

Update, May 26, 2022: I should have added this photo weeks ago. The cats’ owner has a new dog, Apple, and while walking him home with Guido and Bruce, Little made an unexpected appearance—because, she says, he generally sleeps all day and roams all night. As such, she has come to call him Griddle. Late shift at Waffle House, anyone? 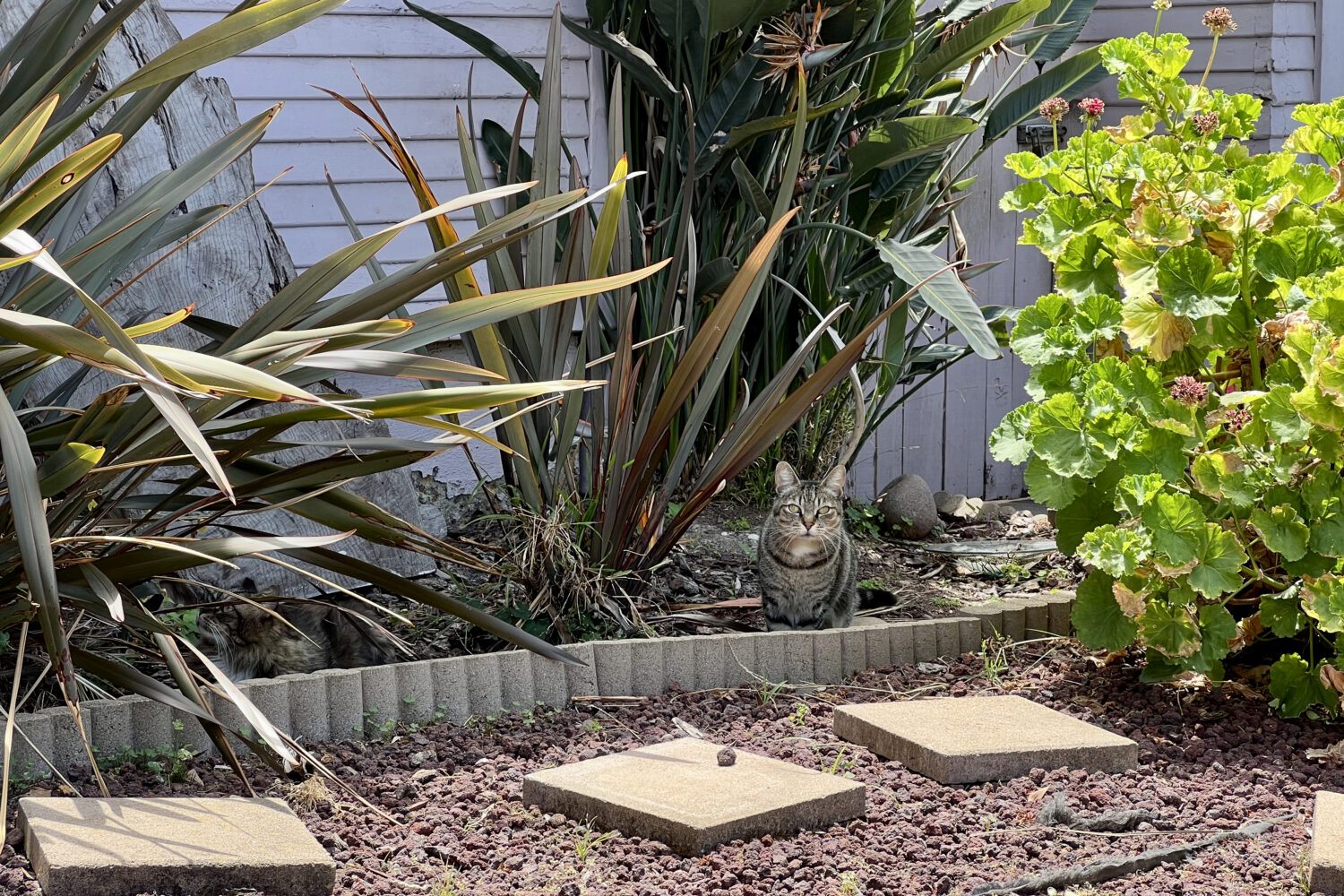