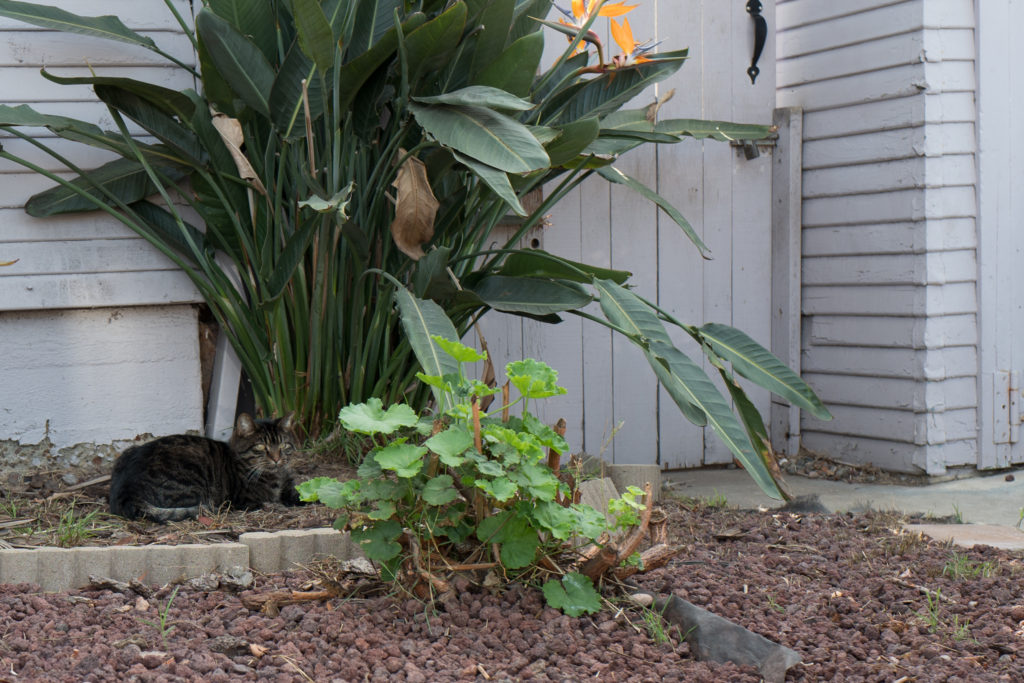 As I explained yesterday when profiling Tarry, there is an abundance of tiger tabbies between Madison and Meade along Alabama, Georgia, and Florida streets. Some are distinguishable from the others, like Itchy Valentino, overly large Peso, or an oldster for his slow, maudlin stride. Others are not.

Turns out three of them live in the same residence on Monroe Ave. I introduced you to one, Bruce, on May 10, 2017. At the time, I nicknamed him Loyal, which turns out to be quite appropriate (skip ahead to paragraph five for reasons why). Since moving to University Heights East (from West), I have seen Bruce’s buddy, Guido, on the property where both live, or the sidewalk in front. I shot numerous candids over several weeks, but withheld writing until knowing his name. 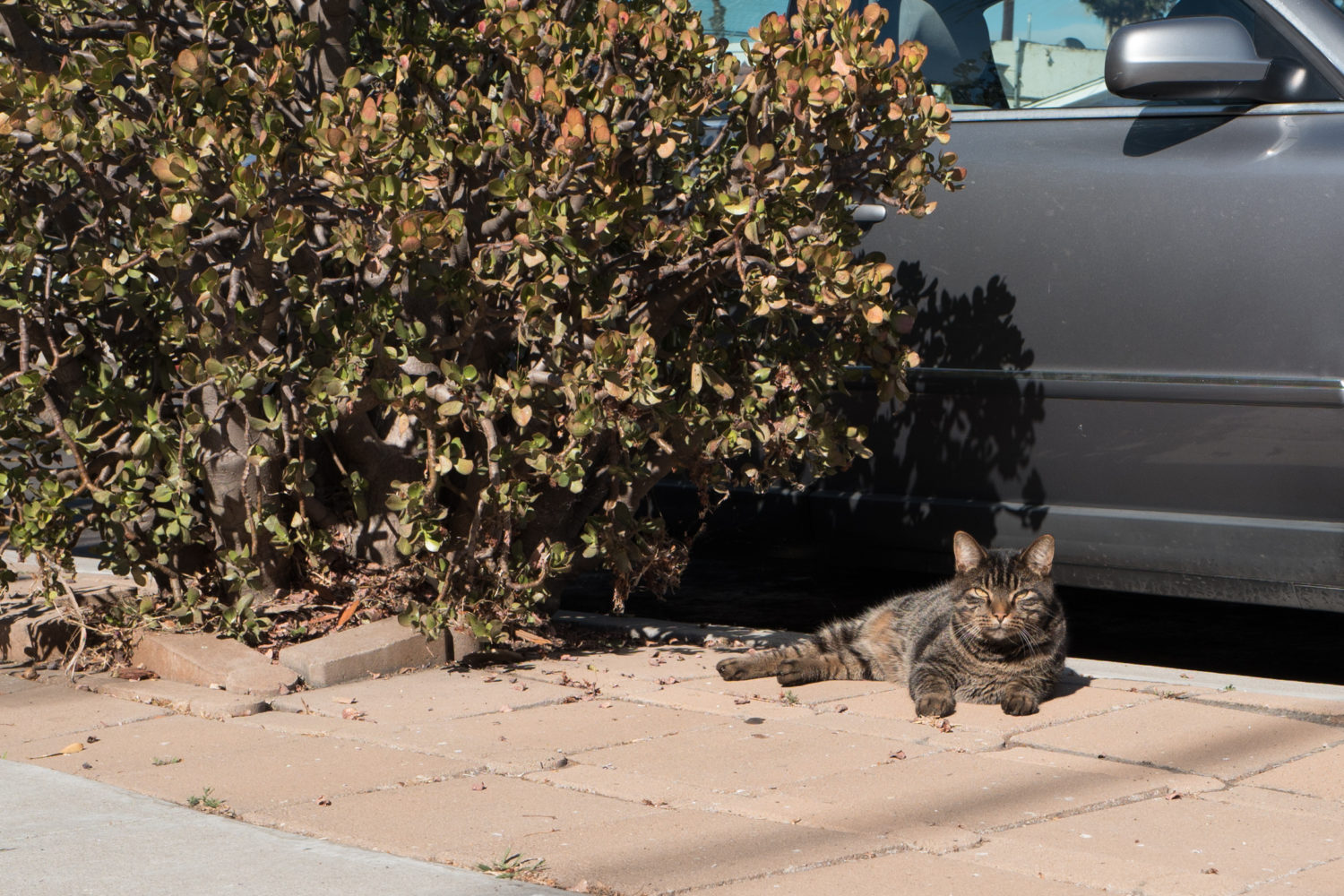 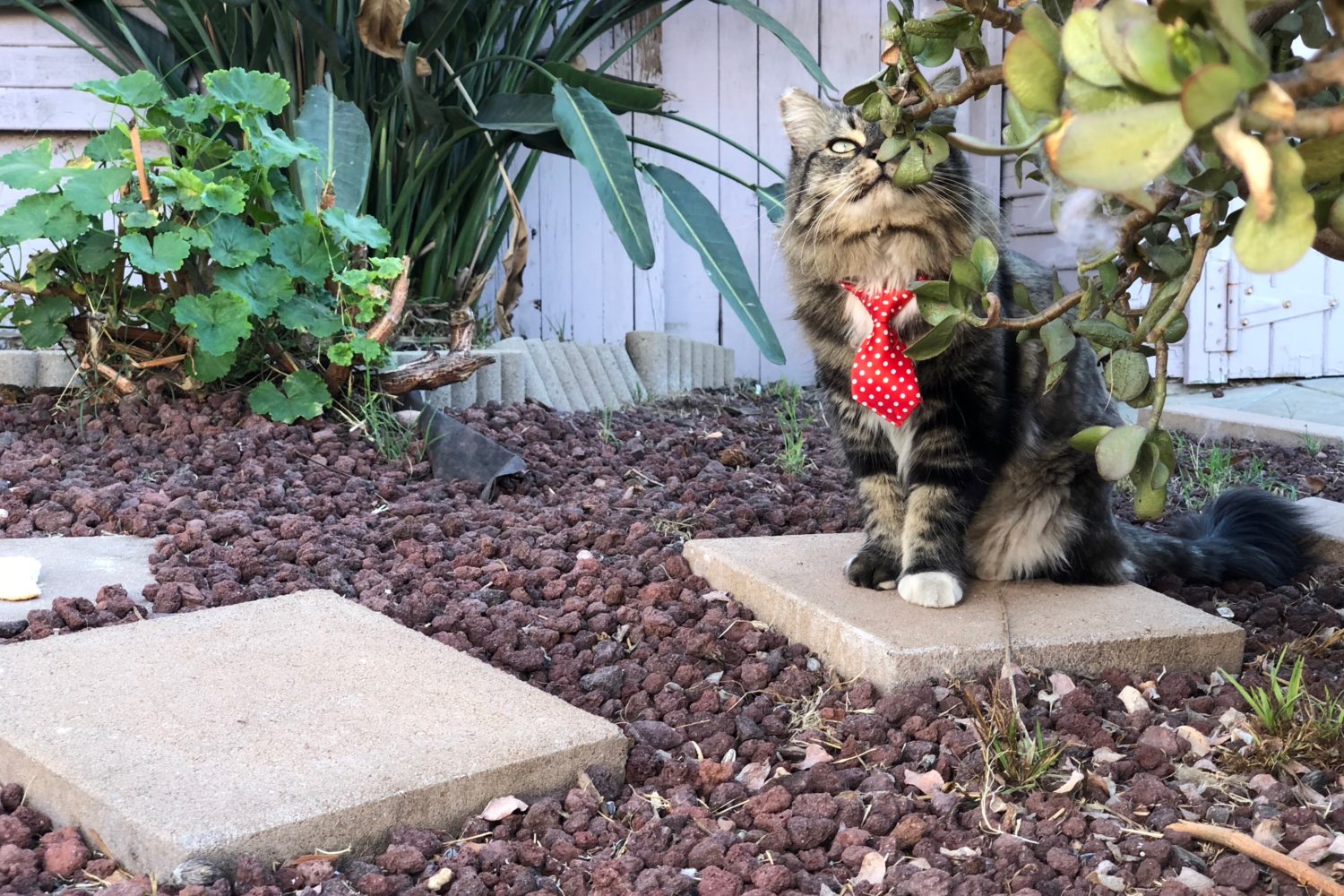 Until Thanksgiving, yesterday, I worried that perhaps the long-haired tiger was gone, and replaced. I hadn’t seen him for more than a month, but his short-hair mate, nearly daily. Unexpectedly, my wife and I spotted the kitty while we walked home from a stroll taken during unseasonable heat: 31 degrees Celsius (88 F). As you can see, he was dressed for the holiday. His owners drove up and parked while I snapped a few portraits using iPhone X. We all chatted, and I got the skinny on the animals. 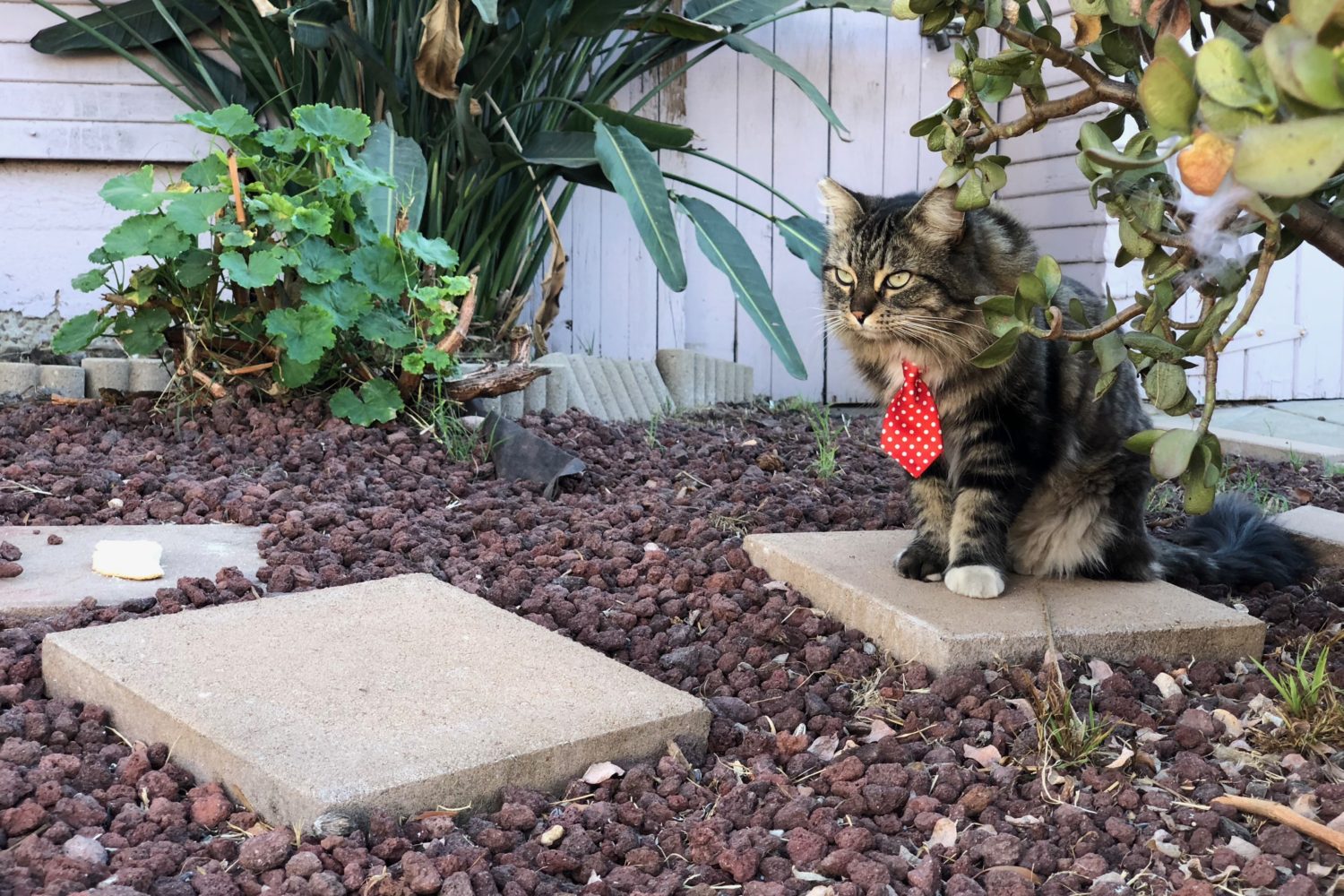 All three cats are rescues—Guido as a tiny kitten from under a car when the couple lived in Virginia. Bruce is local; desperately captured across Monroe from his future home. The cat was big-bellied and appeared ready to pop out a litter of kittens. The owner rushed him to the shelter, which rang before she arrived home with unexpected news: The feline was male and bloated with worms. He would spend the next two months sequestered in a bedroom, rehabilitating and adapting to a home with two other tiger tabbies and a dog.

While I have seen two-year-old Bruce waiting on the front steps, there is a cat door around back. He and Guido come and go as they please. But Bruce loves the dog and joins his walks. Now, that’s being loyal.