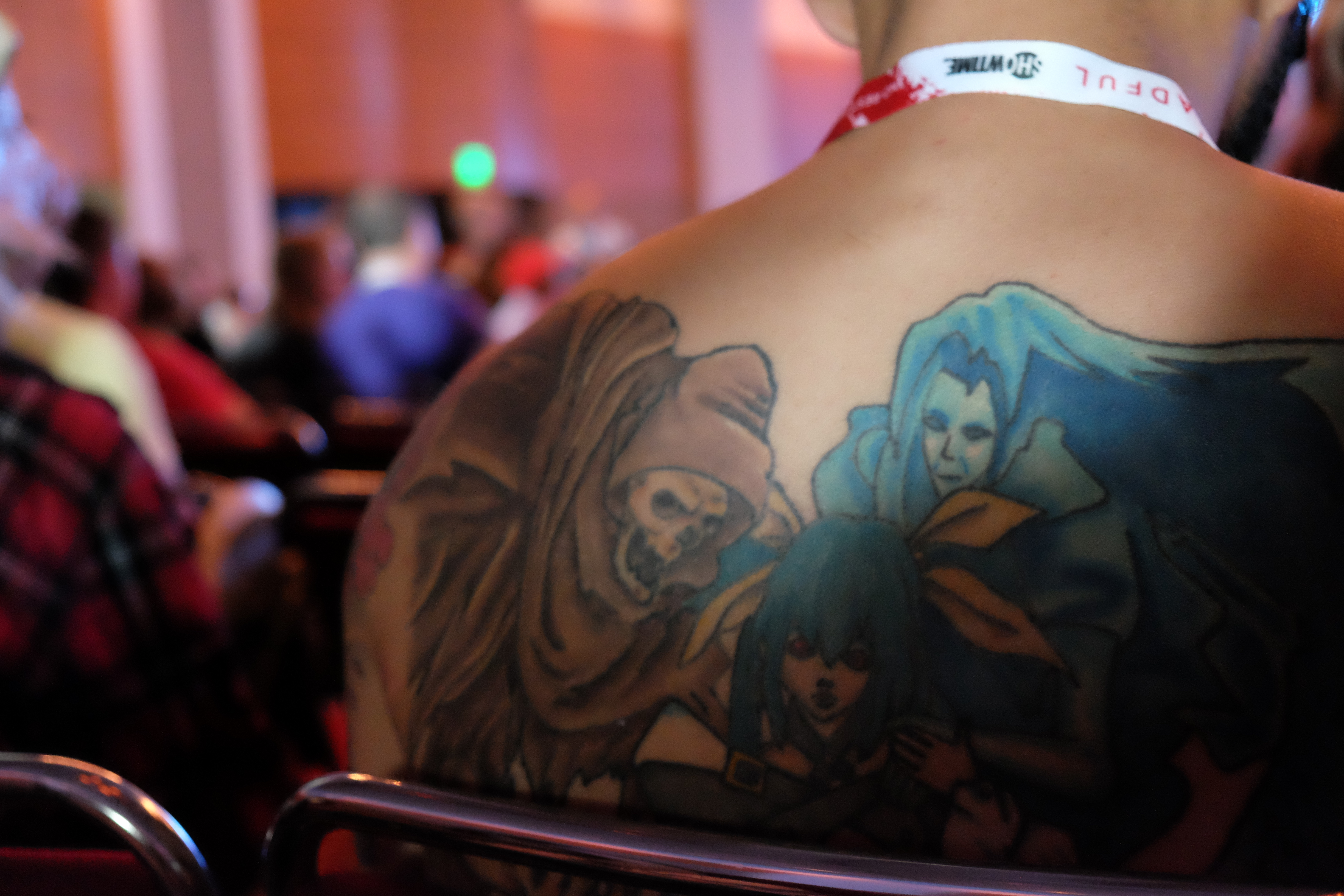 Sometimes your body is your costume. This guy sat in front of me while waiting for the Comic-Con Day 2 panel for CW show “The 100” to begin. You can’t tell from this photo just how dim were the lights, yet the Fuji X-T1 and 18-55mmm kit lens really deliver in low light. There are two other photos accompanying this one. See my Comic-Con 2015 Flickr album for more.

As for “The 100“. I watched the pilot during SDCC 2013 and attended last year’s panel as well. The storytelling is compelling, and Season 3 promises deeper look into Grounder culture, while establishing an artificial intelligence nemesis.

I also attended panels for “The Colony” and “Minority Report”, which are new TV programs, and “Orphan Black“; I failed to get into the room the previous two Cons. The Clone Club crew are a funny and entertaining lot, and they, the main writer, and producer are keenly fan focus. Lead actress Tatiana Maslany received a long standing ovation.