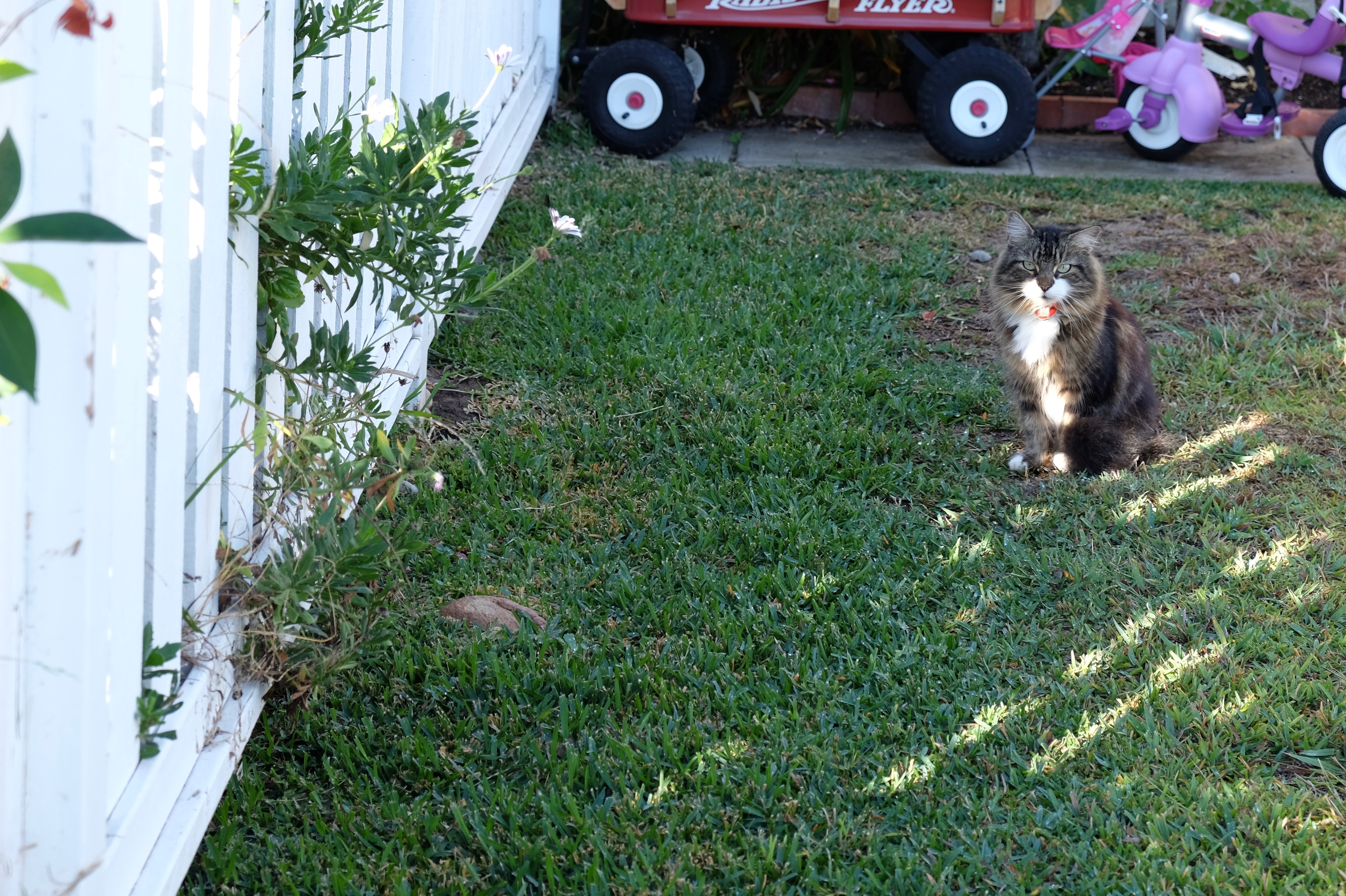 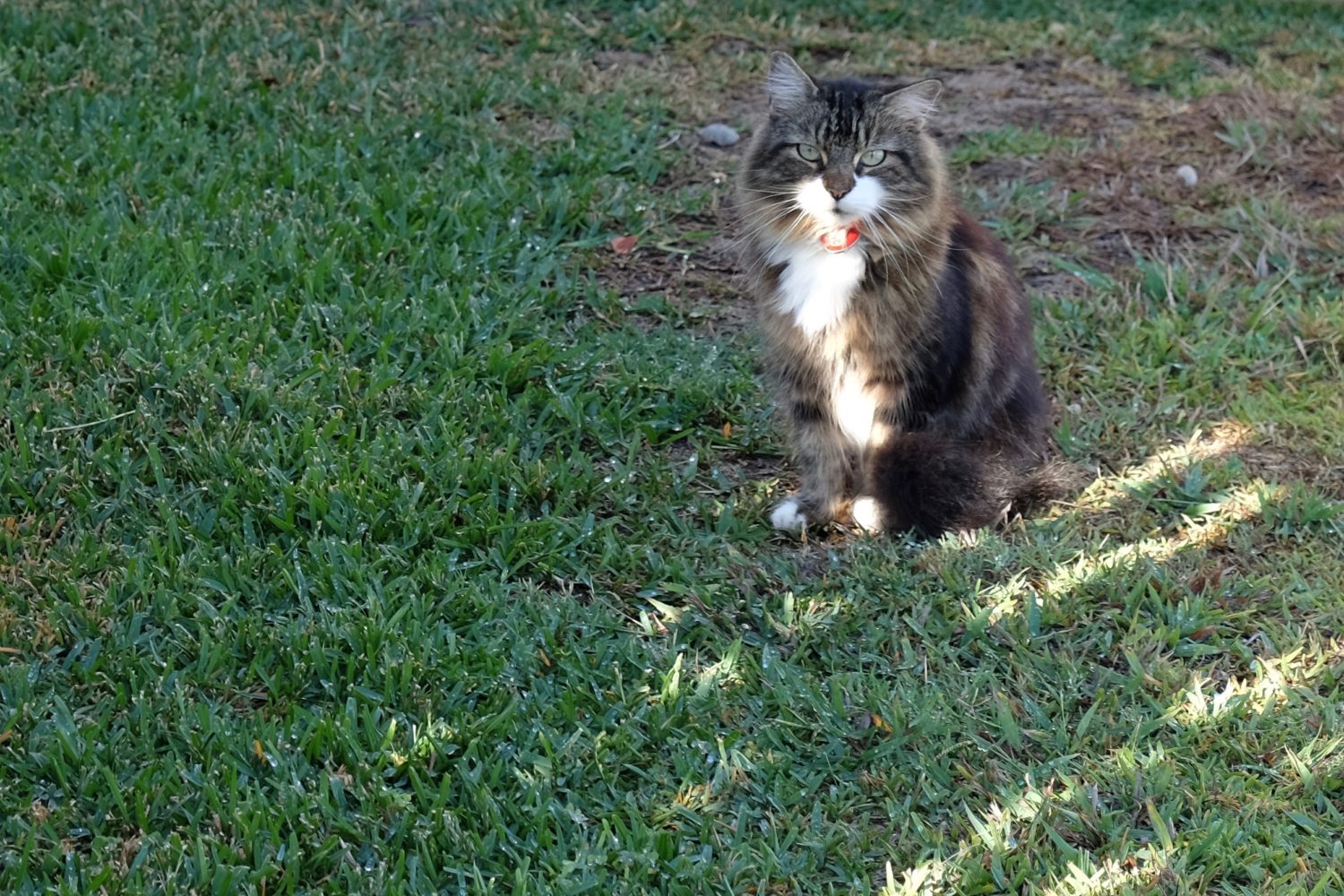 Update, June 19, 2017: A few months back, while on a walk, my wife and I chatted with The Colonel’s owners. He had lost weight and, honestly, looked terribly scrawny to me. They expressed concern about his well-being.

This afternoon, Annie and I walked by The Colonel’s house, where we saw mother and daughter playing in the front yard. The woman asked if we had seen “our new cat”. Then she told us that The Colonel was gone. He succumbed to “the cancer”, she said.