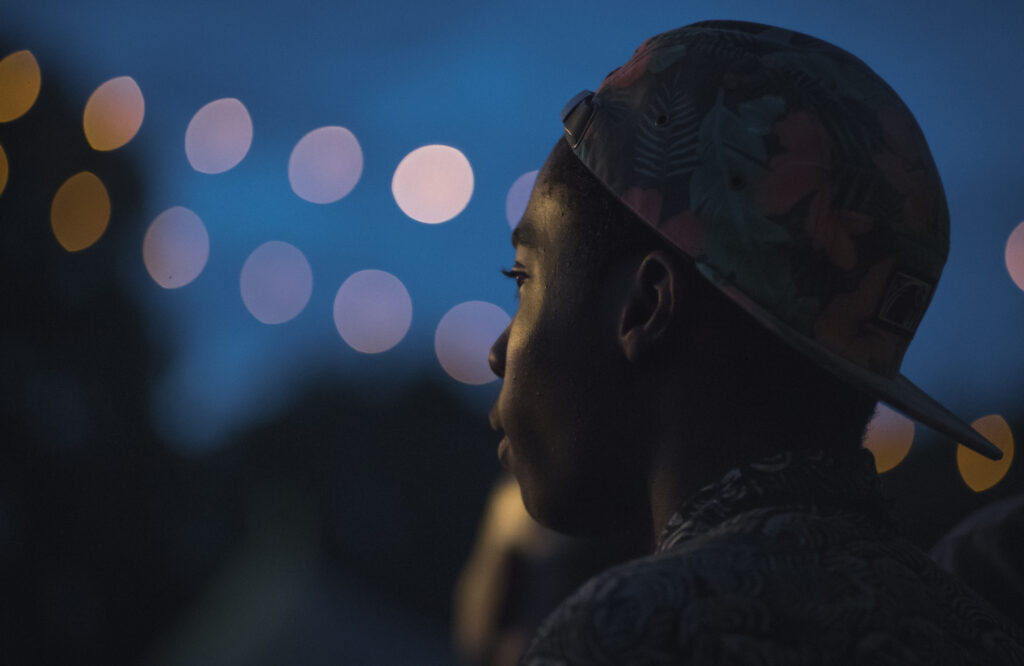 The last of three consecutive entries discovered searching for “spectator” demonstrates how to get close in from far away. Michael Tapp captured self-titled “Celebrate Brooklyn in Prospect Park | Deltron 3030 Concert Spectator” on July 19, 2014, using an unidentified Sony Alpha camera (presumably) and Pentacon 135mm f/2.8 lens (certainly). If I owned an interchangeable lens camera, rather than fixed Leica Q2, 135mm would be my go-to focal length on Prime glass—as it was during the mid-Noughties when shooting Canon EOS 20D.

With “social distancing” the norm for the foreseeable post-pandemic future, time is right for street shooters to rediscover the mighty telephoto. A good one-thirty-five closes the distance—more so on APS-C cameras when applying the crop-factor—while delivering sharp detail and beautiful bokeh. Michael’s portrait is a keeper for both and excellent use of natural light. Unfortunately, EXIF isn’t available, which is typical of his photos; some photographers choose to expunge the metadata.

My series from five years ago also featured a Michael portrait: “Stranger 51/100 | Easter Parade In New York“. But his return is sweet-sorrow. The photographer joined Flickr in February 2011, but hasn’t updated his Photostream in three years. Do check out his website, too.