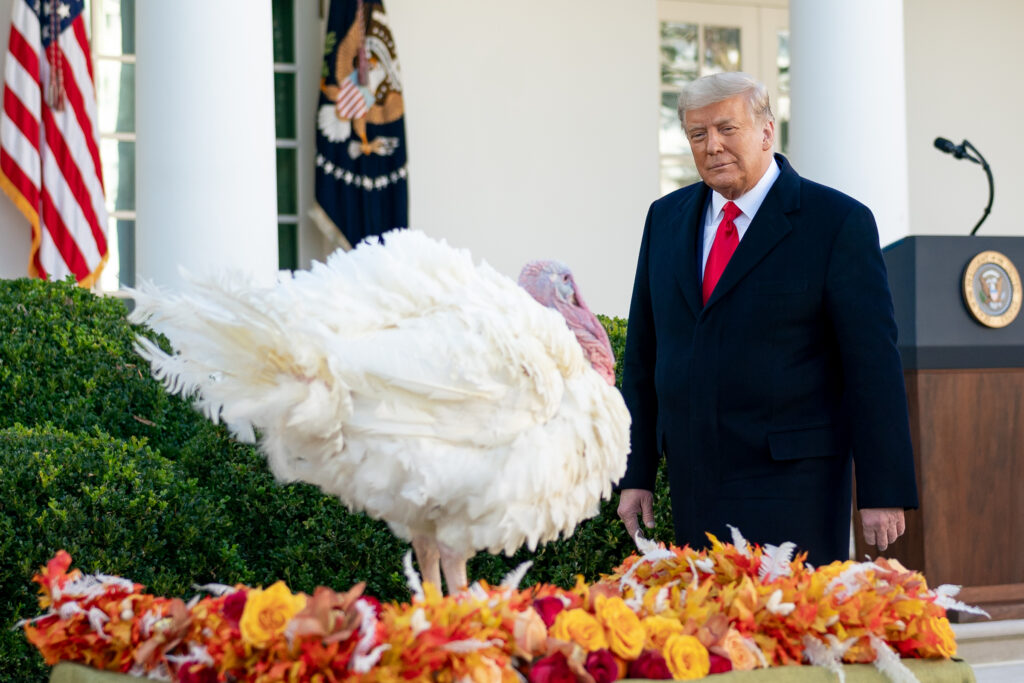 The pardons they be flying, with another going to former National Security Advisor Michael Flynn. Not surprisingly, reaction splits along partisan lines—and that includes the increasingly activist medias, both new and news, which is main reason I don’t link to a story about the happening.

Meanwhile, COVID-19 cases, which for the record are positive test results and not illnesses, are rising and causing panicked political responses. Such as:

Political and health officials across the country are discouraging American families from gathering together today. Poignantly and pointedly, John Turner writes for the Boston Globe: “The Pilgrims would agree: Cancel Thanksgiving this year“.

If only President Trump could grant us all clemency from the COVID-19 insanity. Instead, several hundred million people are locked in various figurative, but hugely real-life-changing, prisons:

Well, at least someone has something to be grateful for. Isn’t that right, Corn?