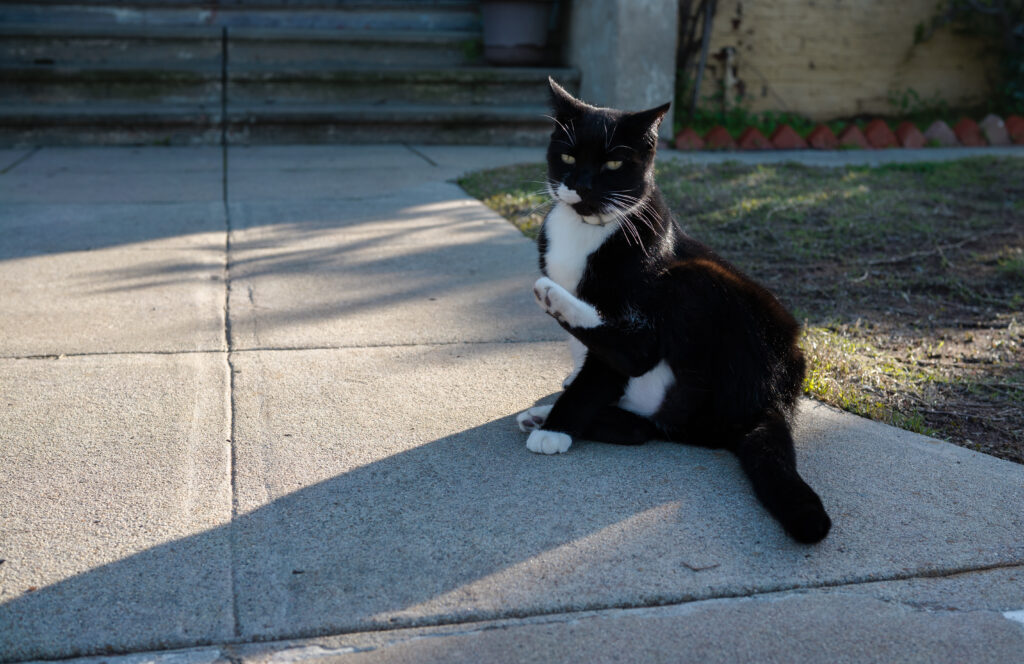 I am sentimental abut the animals appearing in my “Cats of University Heights” series and feel fondness for their owners when privileged enough to meet them. Two days ago, after photographing the Alfa Romeo parked on Lincoln, I walked by a house where lives a handsome Tuxedo who was profiled in September 2019. Where’s Kitty? I asked myself, strangely not seeing him sunning on the sidewalk or sleeping on his couch on the porch. This afternoon, I ambled past and saw something startling where he might normally be: On a box a homemade sign stating that “Kitty is missing! Have you seen him?” Oh, how I wish.

His owner is a delightful woman in her Seventies who lives in the house her grandmother bought about a hundred years ago. Generational homes are an increasing rarity—as are people who grew up in the neighborhood. She used to play in the canyons and graduated from San Diego High School. The lady is a gem and kitty was her treasure. I will update this post after speaking with her sometime soon. She’s in my heart tonight. 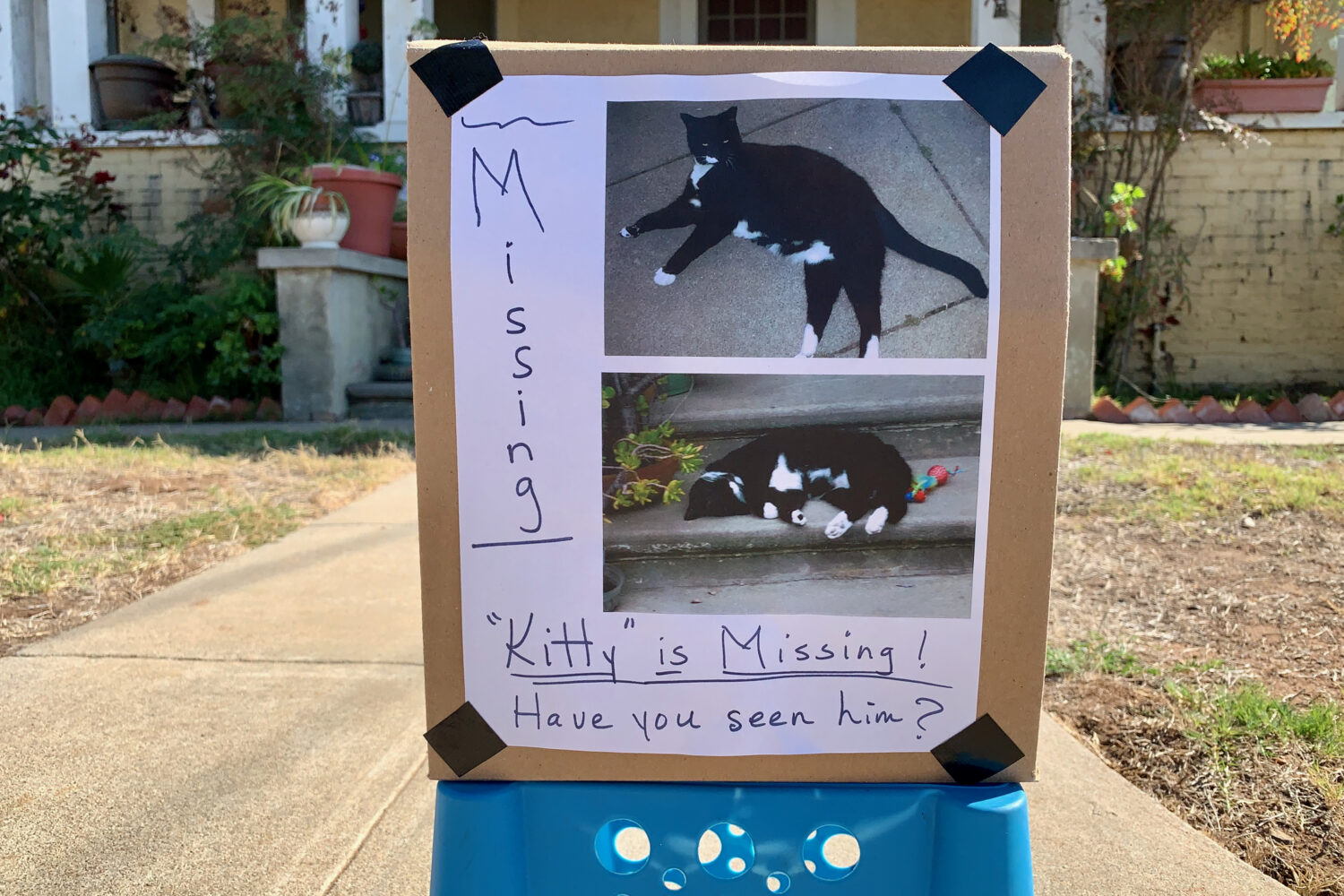 About ten-minutes later, I passed by the house where two neighbors hold a Bible study every other Saturday. In May and July, respectively, I posted photos of their sunflower and pumpkin patch—oh, and let’s not forget the Slow sign (April 2017). A family of four (two of them kids) lives there; Annie and I met them, and their cat Pepe, in March 2017.

I happened to be on the other side of the street when walking by—more than 35 minutes after the small group started. Dropping in late isn’t my thing so I continued on for a block, stopping outside the Schoolhouse. There I decided to turn back and mosey down Cleveland in front of their place. Through an open gate, the wife saw me and waved, as I did. She came out and invited me to join in, which I gladly did.

The decision to go back was fortuitous, and quite unexpectedly. I learned that the family plans to leave San Diego for South Dakota on Tuesday. Say what? But the husband is a plumber, with established clientele here. They’ve made a hard decision for the family’s future, and their thinking makes sense to me. The parents want a place where they and their children have community and sense of belonging. The cultural rift between traditional Christians and Communist California’s fascist-left progressives widens every hour. The values are irreconcilable.

As stated in the first paragraph, I feel fondly towards neighbors like this family. Their departure will leave a void. Sometime before they drive off, I will take Annie by so that we can say goodbye together.