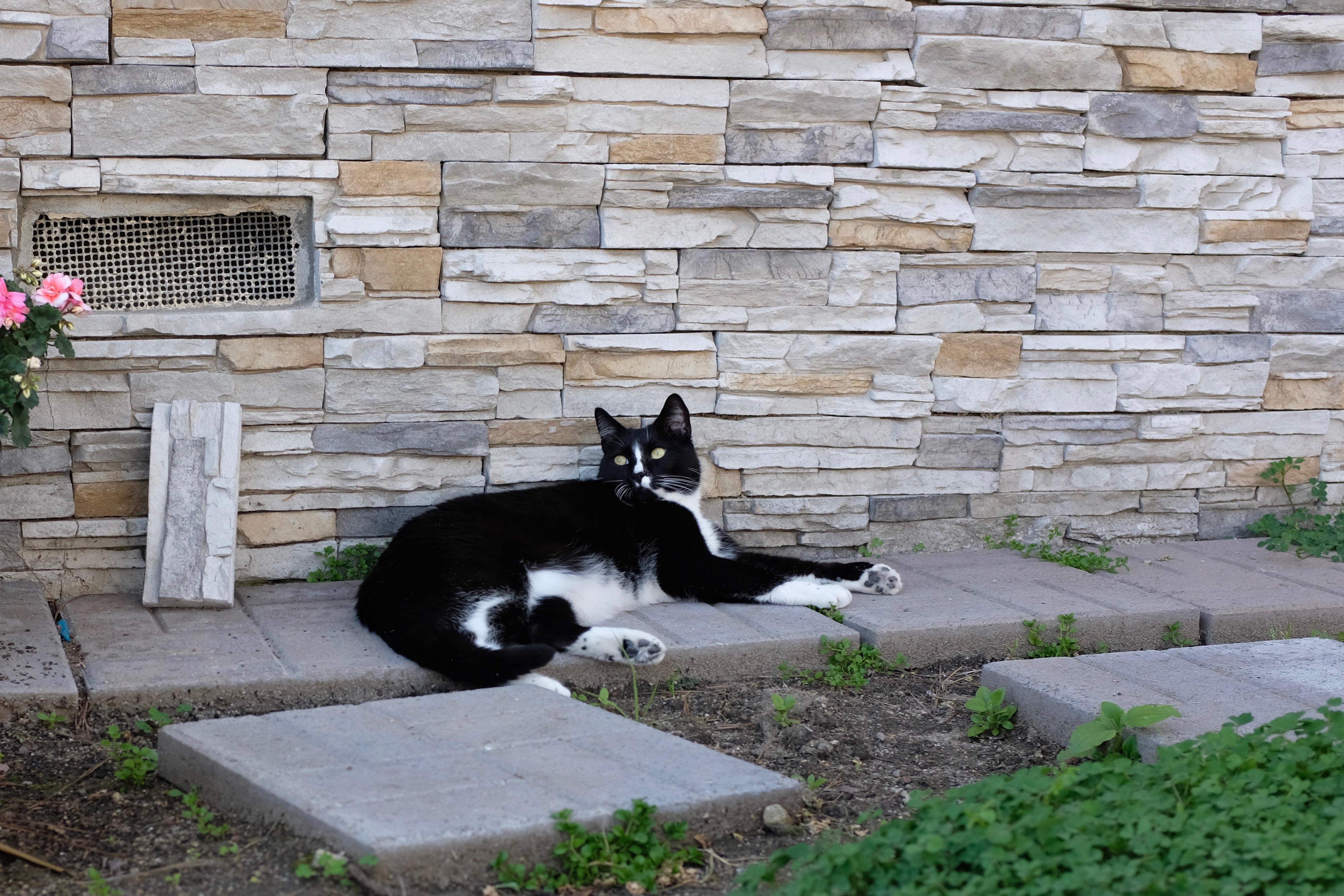 San Diego’s unusually wet Winter is finally giving way to sunny days, with the high temp reaching 26 degrees Celsius this afternoon, when my wife and I walked down Cleveland Ave., where we made new friends—tuxedo cat Pepe and one of his owners. He’s a husky boy; not overweight but big. A family of four, with two younger children, owns the kitty and one other. Pepe gets occasional outdoor romps, staying mostly around the house and typically scratching to go inside after just a few hours. He is friendly and affection-seeking.

Anne and I chatted with the wife, while her plumber husband was out on a job. The couple moved to the neighborhood in 2009 and adopted Pepe as a kitten; he is five now—older than their daughter (as measured in human years). His portrait is the first pic in this series shot with the Fujifilm X100F, which I received on February 28. Vitals: ISO 200, f/3.6, 1/150 sec, 23mm; 2:50 p.m. PT. Photo is cropped and straightened but otherwise the JPEG straight from the camera.

Update Jan. 7, 2018: During an afternoon walk, my wife and I saw Pepe’s owners with their two delightful kids outside their house. We hadn’t seen the cat for awhile and asked about him. Pepe has left the neighborhood. He has gone to a new home, with an elderly woman, where he can be a beloved lap cat. The family had increasingly worried about his safety, as he started to roam more and with there being so many lost kitties (presumably to coyotes). However, they still have Levi, who mostly stays indoors and comes in on command.