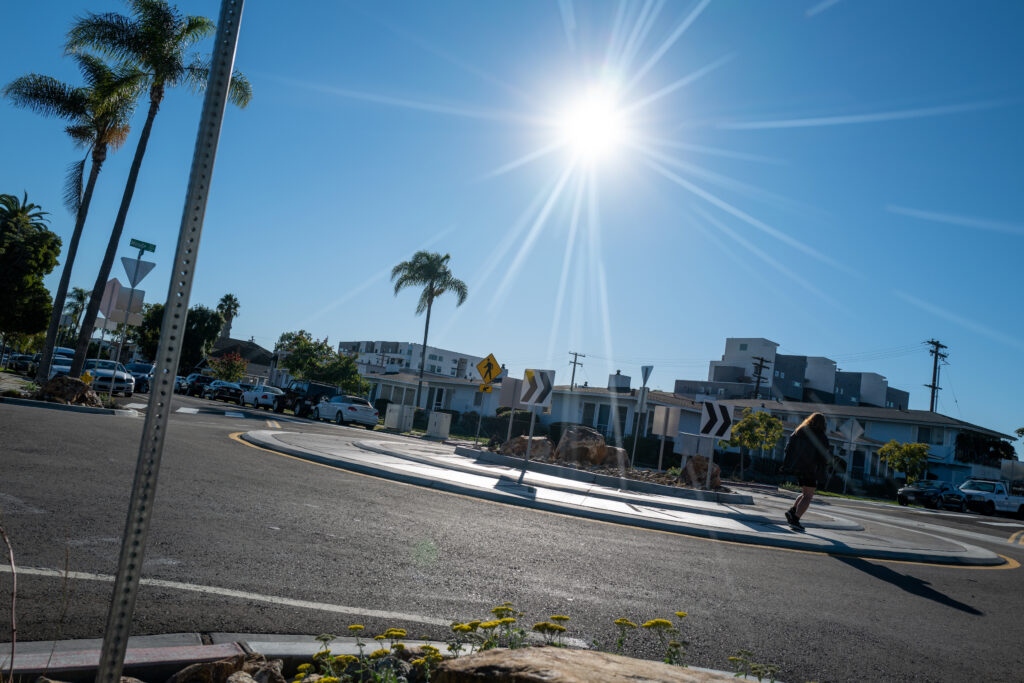 Soon after I clicked the shutter for the last time, the person started down the sidewalk. Some minutes later, when walking West on Meade, I came upon the same runner going around the traffic circle at Alabama. What can I say? I felt a snarky satisfaction seeing someone stomp on “North Park” etched into a structure located in University Heights. Could an official in San Diego government explain that oddity, please?

I am a chronic complainer about these structures. My missives (in order of appearance):

The so-called “traffic calming measures” are part of a new bikeway meant to encourage pedal-power over gas or electric motors. Based on the few bicycles I see on the route, the concept isn’t succeeding. Californians love their cars.