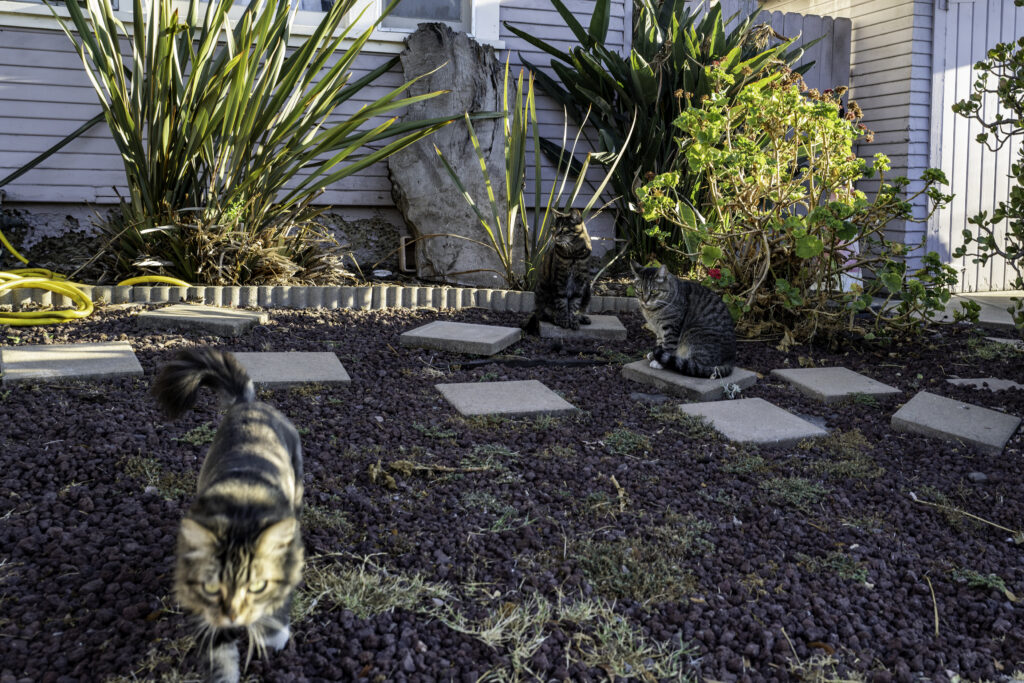 Sometimes the moment passes too quickly. As I walked by her residence on Monroe Street, the owner of Apple came out to walk the dog—one or more of the three cats usually follows along. As we chatted, each feline found a stone upon which to sit. What composition! I pulled around Leica Q2 and knelt down to shoot the Featured Image.

Bruce was more interested in receiving pats than posing, and he ruined everything by prancing towards me. Few weeks ago, he survived an attack from a neighbor’s dog; let him spoil as many portraits as he desires, because everyone is relieved that he survived.

Guido stayed still; he is the dark tabby farthest back in the yard. Look at him roll about (January 2021). My wife and I visit him often.

The lighter gray, to the right, is Little. But his owner affectionally calls him Griddle—for sleeping all day and going out all night. If you can’t make sense of the nickname, think wee-hours working the grill at Denny’s or Waffle House.

Each one has appeared in my “Cats of University Heights” series, started in October 2016 and six years later bursting with 500-plus profiles.