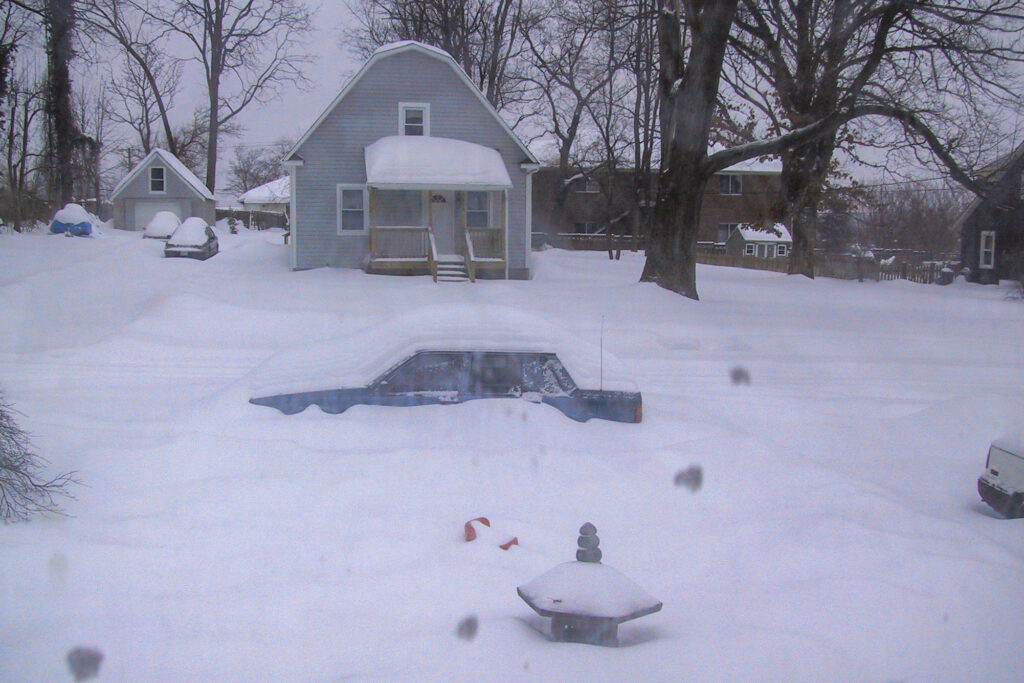 The house directly across the street from where we used to live in Kensington, Md is available for rent—and for less than what the monthly increase will soon be for our San Diego apartment. My wife discovered the listing last night, and I called about the place this morning. A house. Huge yard. Just outside the Washington Beltway. The Metro-area that for both of us still feels the most like home. Alas, pets aren’t allowed.

I remember that storm, for the amount of snow and the rain that followed. Aware of the forecasted change in the weather, I flagged down a crew shoveling snow somewhere across the street and asked them to dig a six-foot path all the way around our house.

The $150 spent was one of the best values I ever got for anything. Few days later, torrential rains flooded the basements of my nearby neighbors. The cleared perimeter around our place prevented water from building up and seeping in. Additionally, I could see where were the drains placed in the ground and keep them free of debris; otherwise they would have been covered and flooded.

Circling back, there is something oh-so appealing about moving back to the same street but across the way. However, given the pet prohibition, no option exists—and I only draw attention to the idea because of remembering this photo.